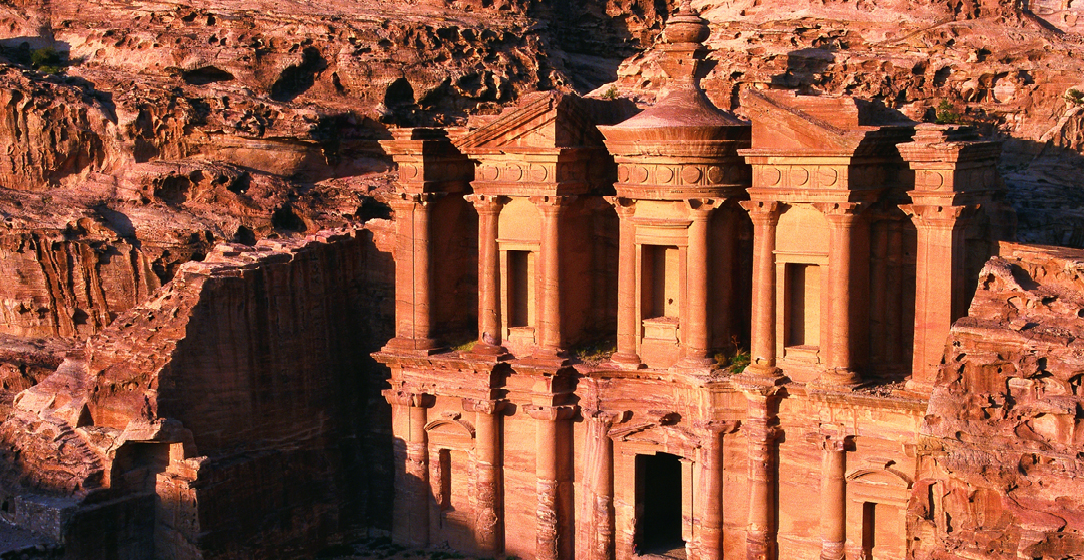 The magnificent Petra, carved directly into the rocks by skilled architects, amazes travelers with its incredible play of light and shadow: the local temples, local houses and passages in the rocks are made of red sandstone, which creates this effect. The grandeur of Petra is worth seeing for everyone – it’s the kind of trip you never forget.

The Arab nomads of the Nabataeans were at one time a fairly advanced tribe. According to historians, they controlled the water supply of the entire region and managed to build a whole system of aqueducts, dams and storage facilities. That is why the people were so prosperous in times of drought: the Nabataeans sold water. In addition, Petra was at the crossroads of many caravan routes and therefore was a center of trade. 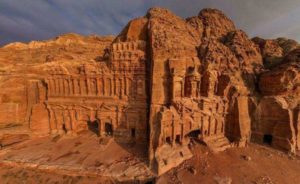 By the first century A.D. the Nabataeans had become the finest masters of stone work. The very name “Petra” translates from Greek as stone. Among the red sandstone of the desert, the city carved into the rock looks like a real fairy tale. 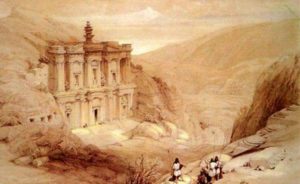 The entire city is as if hidden in a narrow canyon Siq. It is possible to enter the territory of Petra only through the gorges to the north and south. From the east and west the city is reliably protected by sheer cliffs, the height of which reaches sixty meters. 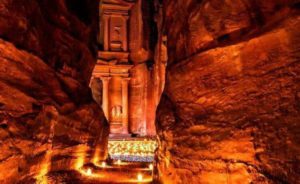 The famous Pharaoh’s Treasury was originally a temple of the goddess Isis. This mausoleum is considered the greatest example of ancient architecture – architects still do not understand exactly how the Nabataeans managed to carve such an incredible structure without using scaffolding. 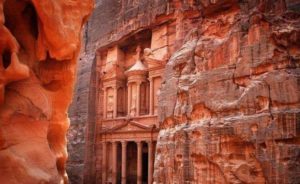 Another amazing structure is located outside the city. This rocky temple is a monumental building carved entirely in the mountain. However, rare tourists get here: few are ready to overcome several hundred steps under the scorching desert sun. 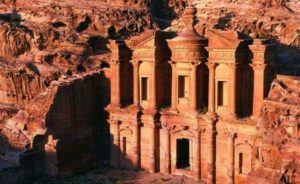 For centuries the trade routes brought incredible money to Petra. Caravans laden with spices streamed in from the Persian Gulf, and traders brought precious stones and silks to Petra on their way to Damascus. The opening of the sea route to the East by the Romans was the beginning of the end of the great city: the overland spice trade dried up and Petra gradually became deserted. 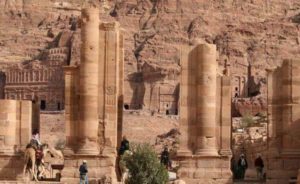 Every year millions of tourists from all over the world flock to Jordan just to see with their own eyes the majestic city in the rock. The first thing people see is the huge Al Khazneh building, topped with an urn that used to hold gold and precious stones. Alas, of the former wealth and splendor of the Nabataean Empire only these architectural monuments remain. Today, Bedouins graze their goats on the walls of what was once the region’s greatest city, and enterprising Arabs take tourists on camels. 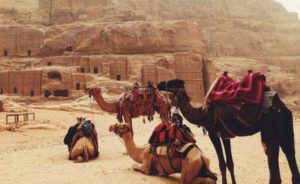