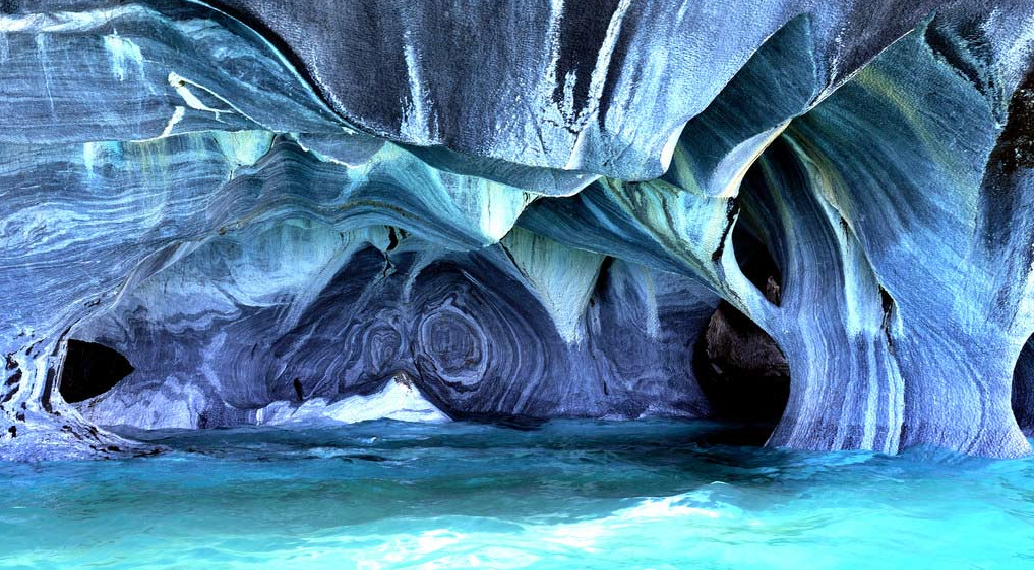 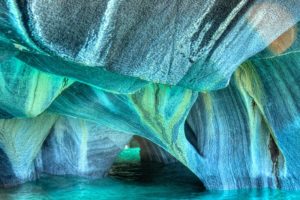 Also known as Cavernas de Marmol, a unique geological formation is located in the Patagonian Andes, on a peninsula of pure marble. The caves lie on Lake General Carrera, a remote glacial lake on the border of Chile and Argentina that can only be accessed by boat. The smooth lines of the caves are carved by the water that has been washing over these rocks for more than 6,000 years. The cave walls reflect the azure water of the lake, and the light reflecting in them forms a completely unique picture. 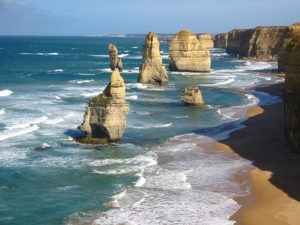 Along Australia’s famous Great Ocean Road, limestone cliffs rise out of the waters of the Southern Ocean and complement Victoria’s spectacular coastal landscape. Over the centuries, water and wind have carved these caves, arches and columns 45 metres high. Today, only eight ‘apostles’ remain. 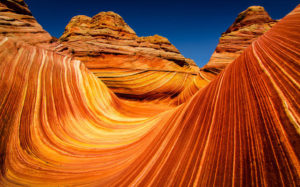 A bizarre formation of sand and rock called ‘The Wave’ is located on the border of the US states of Utah and Arizona. It is home to Grand Canyon Park and the American Zion National Park. According to experts, over 200 million years the sand dunes have been formed into rock formations, with mighty winds sculpting their shapes with pleasing geometry. The multicoloured, rippled, rugged hills are now a focal point for photographers from all over the world, with the purple and orange mountains and gorges often the backdrop for photo shoots in the next fashion magazine, or articles about travels in the area. The best photos are taken at midday, or an hour before or after midday – no shadows. 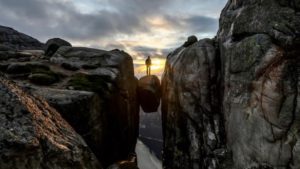 The Kjerag Plateau is located on the shores of Lüse Fjord in Norway. First and foremost, Kjerag’s dramatic rise in attention is due to an unusual oval stone wedged firmly between two steep walls of a deep crevasse at the very edge of the plateau. This multi-ton boulder is called Kjeragbolten, and anyone who has visited the area considers it their duty to step on Kjeragbolten and immortalise the feat in a photograph.