Growing up, I always wanted to be a star. I used to pretend to be an actress walking the red carpet, or going up on stage to get my big award. I even thought about a career as a singer until I realized that singing wasn’t necessary for me. Today I love watching those who give stars a chance, and shows like Britain’s Got Talent. It really helps those who dream of doing their best in the entertainment industry. 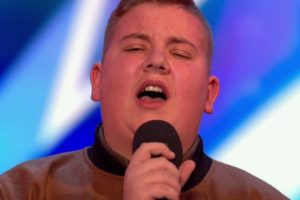 What’s even more fascinating is that we hear the stories of all the participants as they take the stage and showcase their talent. I must say that every one of these people deserves to be on this platform.

Today you will hear about a boy who managed to win everyone’s heart despite the fact that he didn’t think he was good enough after being bullied a lot because of his love of music and his weight. 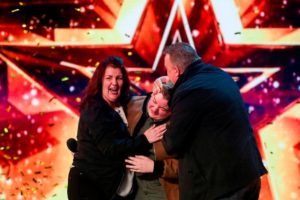 The teenager suffered physical attacks and mental torture  in primary school because of his size and love of singing. He laughs: “I don’t think those two mix. I sang theatre songs a lot. It wasn’t cool.”

“People thought I should be singing rap music. But it doesn’t go with me.”

On one occasion, he was smashed across the face with a metal scooter by bullies. Kyle says: “Mum was scared to death for me to go to school because she didn’t know what was going to happen.”

The abuse was so bad that Kyle admits there were days when he didn’t want to go to school. He says: “People were saying, ‘You’re gay, you’re fat, you’re this and you’re that…’

“People would take advantage of little things. But it’s just words. What’s that saying? Sticks and stones may break my bones, but words will never break me. It’s made me a stronger person today. It made more determined to do it. 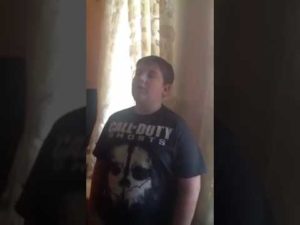 “In a sense, I want to thank them because it’s made me who I am.”

He also credits the amazing support of his family, particularly his brothers, Nathan, 29, and Ieuan, 23, for getting him through the ordeal.

In fact, he first got into the Britain’s Got Talent program when he was only 12 years old. At that time he was not allowed to go to the second round. David Walliams advised him to take singing lessons to improve his abilities. The teenager took David’s advice, spending more than £2,000 on vocal lessons, and three years later he was back on the BGT stage. 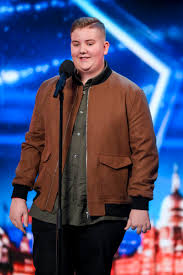 This time he totally wowed the judges and the audience with his version of the song “Hallelujah.” In fact, he didn’t just wow them, he won them over by receiving the elusive golden buzzer for his charming and mesmerizing performance!

Check out Kyle’s incredible and heartbreaking performance below and look at the talent and passion in his eyes. No wonder he received a gold buzzer!