One of the most fun things to do at school is to experiment in chemistry class. But even as an adult, you can do experiments without limiting yourself to small flasks.

The American Nick Uhas conducted an experiment called «elephant toothpaste,» in which he mixed hydrogen peroxide, liquid soap and a catalyst. And if at school the volume of ingredients allows to keep the chemical process within the confines of the desk, Nick decided not to be petty and set a world record. The result of his experience was a sea of 200 cubic meters of foam, which literally flooded the entire yard in seconds. And there is no escape from this wave! 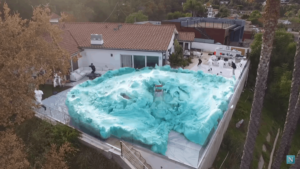 Four ingredients were needed for this foam party. 625 liters of 35 percent hydrogen peroxide 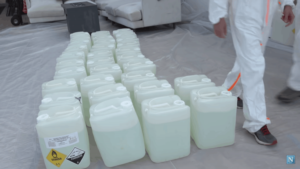 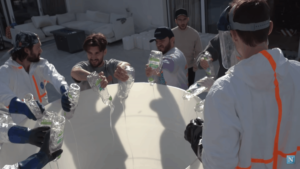 Dye for a pretty shade of foam. 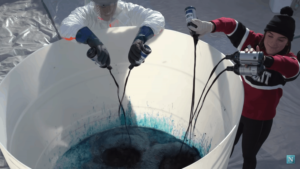 And the catalyst — 90 liters of potassium iodide. 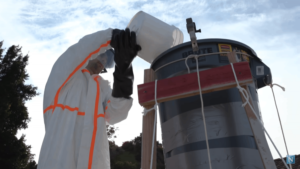 Peroxide, soap, and dye were mixed in a white barrel, and the catalyst was attached to a special mechanism. The chemists had to quickly pour the catalyst into the other ingredients and even faster to escape. Because the reaction was very fast! 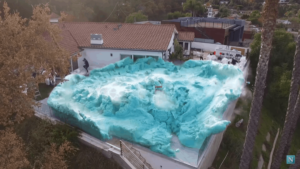 We understand how tempting such a sea of foam looks, but it is better not to repeat this experience at home. It is safer to admire it on the Internet.

Nick described the whole process and the damage in his video about the experiment.

POSITIVE 0 55 views
The cast of the beloved melodrama could have been very different. It’s been 32

Marwari: the most mysterious horses
When every Indian says «Rajasthan» he simultaneously imagines a waterless desert, a cool lake,
ANIMALS 0 35