Chuck had been hearing scraping noises behind the wall all morning. At first he thought the neighbors were renovating. Then he realized that the sound was coming from the outside wall, where there were no apartments.

After searching the entire apartment, Chuck localized the sound in the bathroom. Here it became louder and more distinct. Obviously, there was someone inside the wall. 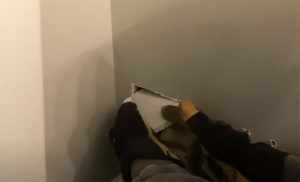 I remembered seeing a nest at my window. It looks like the bird got into the vent and now it can’t get out,” the man suggested. 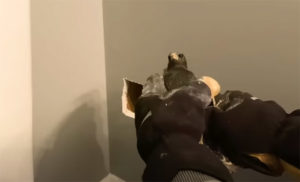 He turned out to be right. See how neatly Chuck helped a trapped bird:

The bird was eventually released into the wild. Now it will probably stay away from homes.