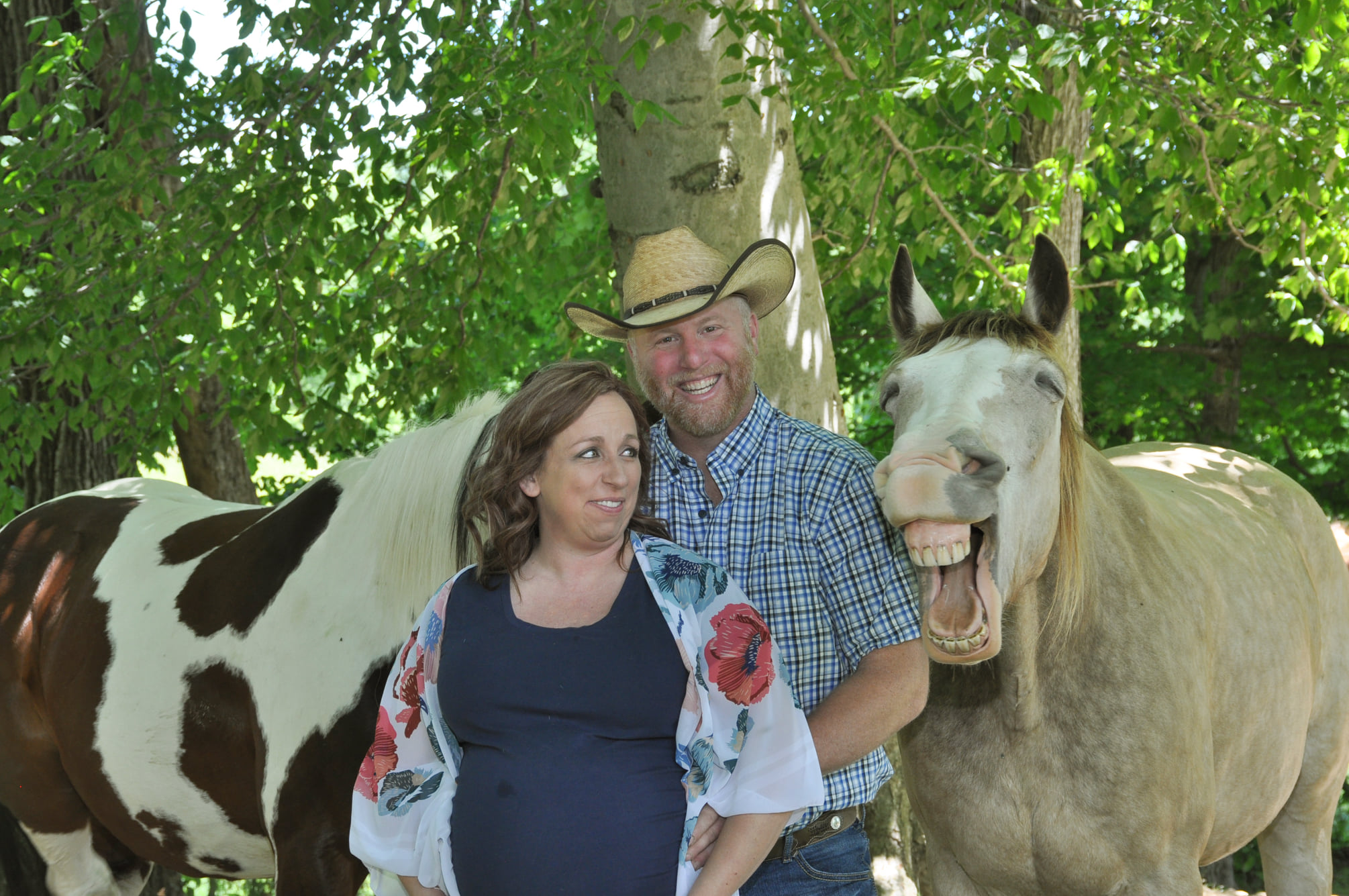 Some pets accompany their owners in important life moments — such as pregnancy, for example. So a married couple from the USA decided that their horses are also part of their family. Therefore, they decided to arrange a photo shoot in honor of the imminent birth of the child together with their pets. It would seem that the main characters of such a shooting are people. But the horse named Buckshot decided that this was his chance to shine. 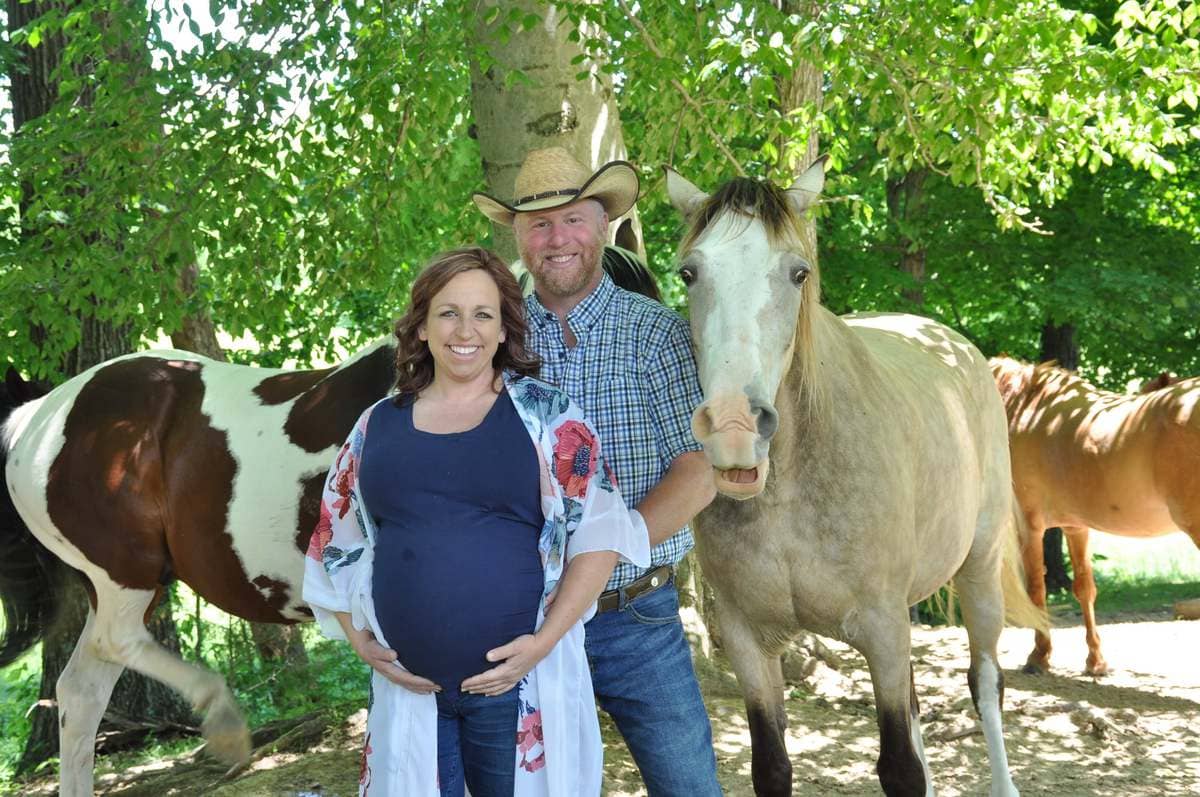 The couple decided to arrange a pregnant photo shoot in honor of the imminent appearance of their baby. They decided to invite unusual guests to the shooting — the couple’s horses. After all, they are almost part of the family. That’s just while some pets behaved decently and just wandered around in the background, a horse named Buckshot decided that he would look great in the frame along with his gorgeous smile.

The photographer joked that the impudent horse, who got into the frame, could at least smile. And he did! 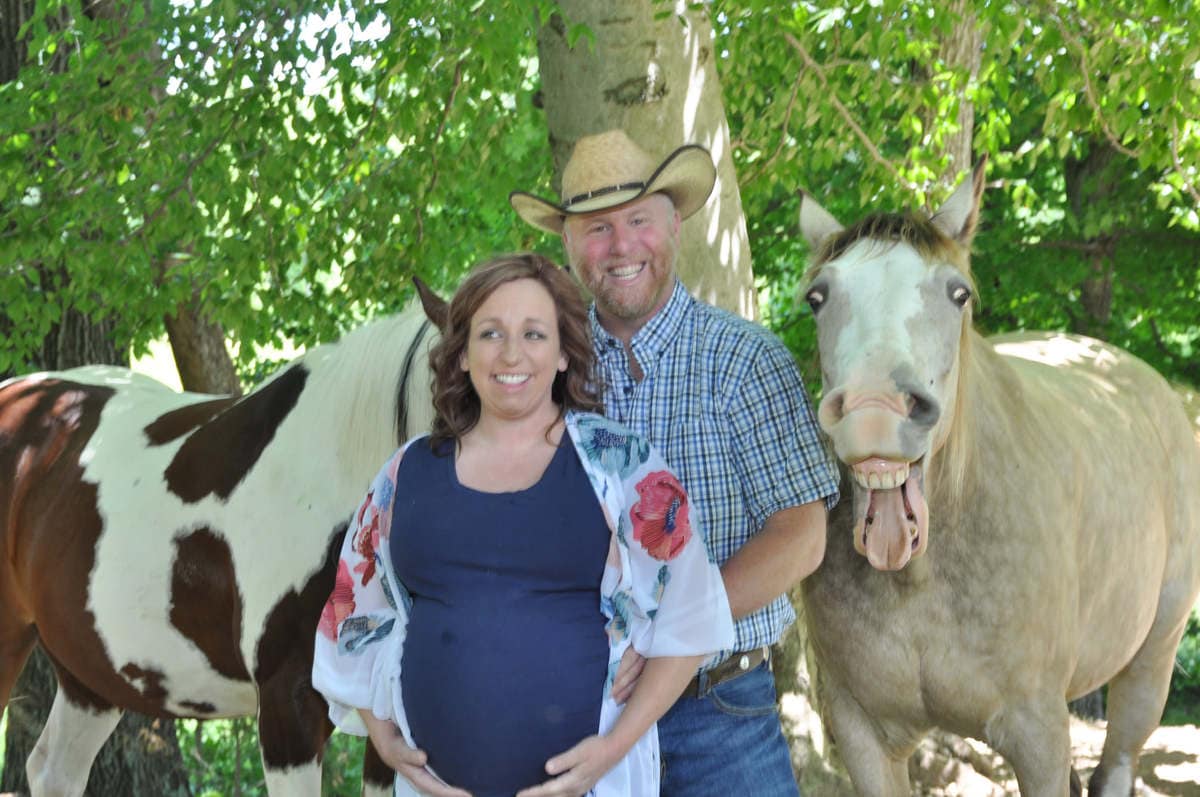 According to photographer Kristen Zaffiro, everyone laughed at such an outburst of the horse. Apparently, the reaction of people flattered Bakshot. Therefore, he began to play to the public even more.

With his smile, Bakshot eclipsed the main characters of the photo shoot. 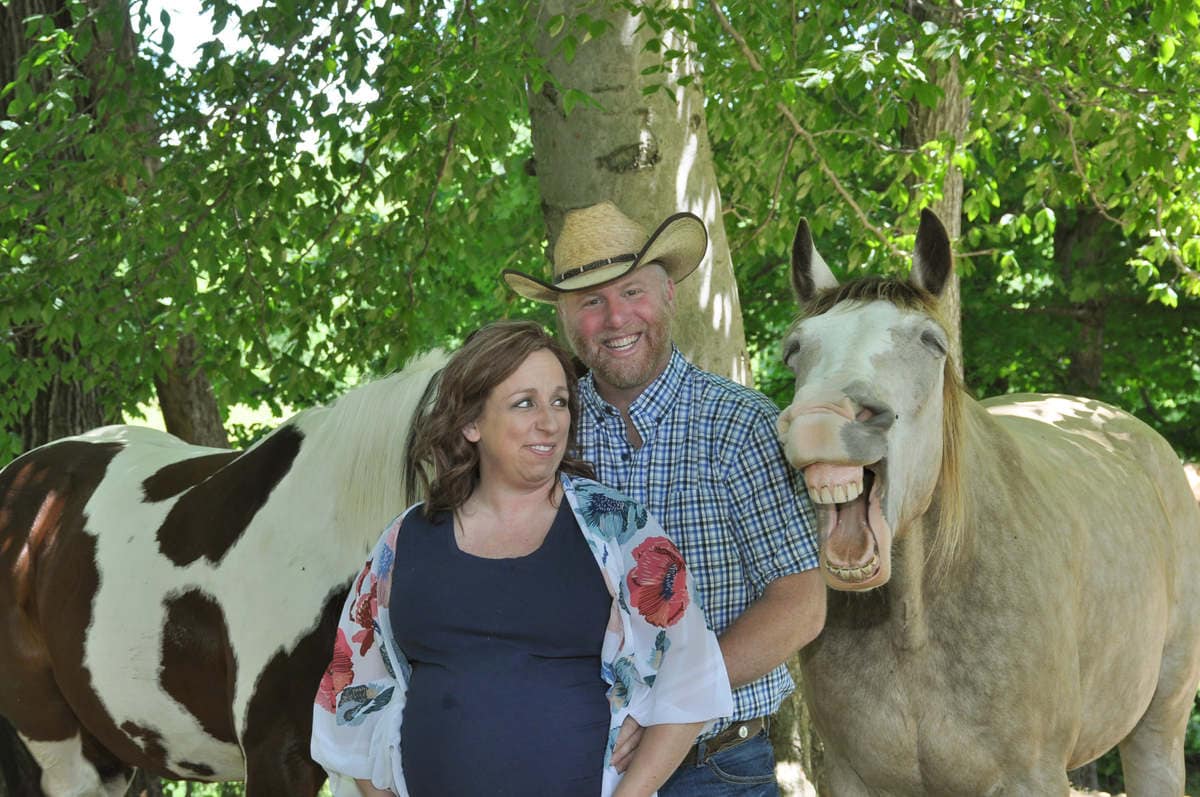 It seems that Buckshot is a natural model! 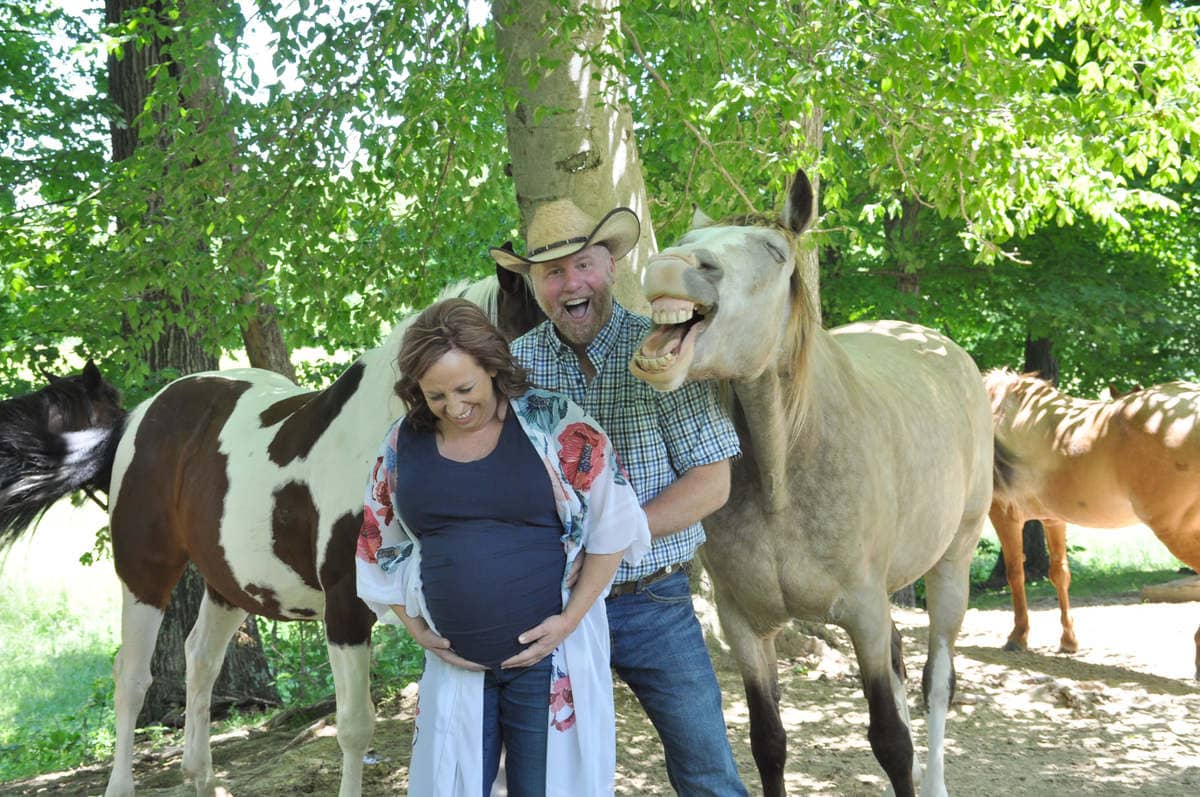