Children who drop a pacifier accidentally begin to roar furiously, thereby signaling that a disaster of global proportions has occurred. As it turns out, not only human but also animal cubs have a love for such an accessory. 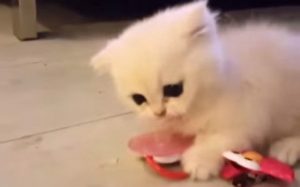 This kitten stole a pacifier from its small owner, and when the father of the family tried to take it away, the animal showed a real fighter character. 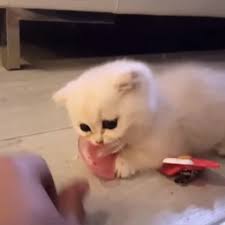 The new toy is actually a baby pacifier, which somehow was left on the floor, and now he has it, and he categorically refuses to let the man take it from him.

He even starts growling when a human hand approaches him! What an adorable furry little guy! Despite its tiny size, the whiskers did not let the man win!

POSITIVE 0 83 views
Unpredictability is what makes our lives bad and good at the same time. While