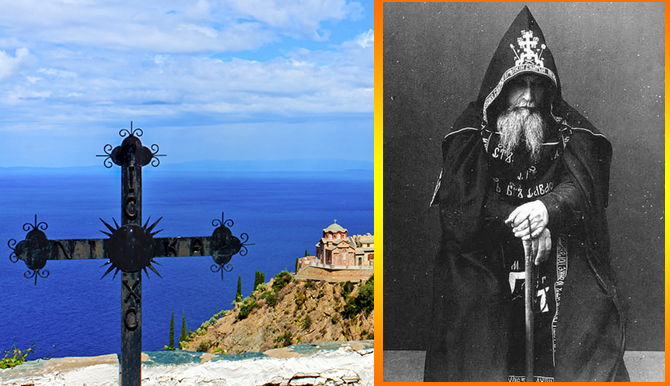 Almost everyone has a whole list of things they have never done in their lives. Over time, some people cross out their “nevers,” while others only accumulate… The story of the Greek Orthodox monk from Mount Athos, Michael Tolotos, sounds like something out of a fairy tale. His incredible “never” was that he passed away at the age of 82 without even knowing what a woman looked like! How did a man live on this earth for almost a century and yet never see the face of the opposite sex?

The Strange Life of Michael Tolotos

This man is rarely spoken or written about, almost no one knows anything about him. Information is so rare that it must be put together like a puzzle. Michael Tolotos was born in 1856 in Greece. Just four hours after his birth, he became an orphan – his mother passed away, and no one knew who his father was. The boy was simply abandoned on the steps of an Orthodox monastery on the top of the Holy Mountain. The monks picked him up, gave him a name, raised him and educated him. 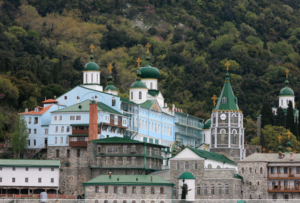 Michael’s childhood, as well as his entire life, was spent in an Athonite monastery. The monastery had very strict rules that all who lived there had to follow. The boy grew up afraid to even approach the gates of the monastery, which became his home. On Athos since 1060 there is a strict law: it is forbidden for women and animals to enter. This law is still in force today. It was introduced in order to protect the monks from any temptation that might prevent them from maintaining lifelong chastity and keeping their vows of celibacy until their death. 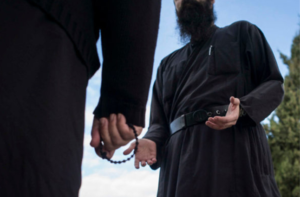 Michael Tolotos had not only never seen women, he did not even know they existed until he learned to read. Only male tourists are allowed into the monastery, and monks are not allowed to shave, wash, fight, argue, or ask what is outside the monastery walls. Because Tolotos never had contact with the outside world and no women were allowed to visit the monastery, he died in 1938, at the age of 82, never knowing what a person of the opposite sex looked like. After his death, all the monks who lived on Athos paid him special homage. Michael was buried separately, in a special place, for the monks believed that he was the only man in the world who died without knowing what a woman looked like. 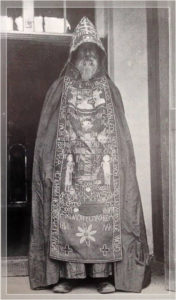 The largest area in the world where women are forbidden

The area around Mount Athos has long been imbued with the pure spirit of Orthodox beliefs. Around the Holy Mountain there are two dozen monasteries, each with its own community of ascetic monks. They abstain from all the pleasures of life, leading a modest, quiet life. The monks who live here come from very different walks of life and cultures. Russian Orthodox monks have lived on Mount Athos for over 1000 years, while Serbian, Bulgarian and Romanian monks came a little later. 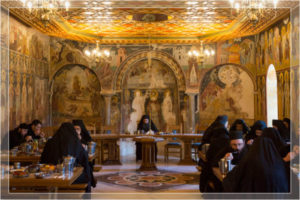 In 1060 a charter was promulgated forbidding the presence of all women, including female animals, on Athos. This law is still in effect throughout the 335 square kilometers of the peninsula, making it the largest area in the world where women are forbidden to set foot. They are even forbidden to go closer than 500 meters to the shoreline. Athos is unique in that the entire territory of the peninsula is considered one huge monastery.

Also, the absence of female animals means that no eggs or milk can be produced on the Holy Mountain. Therefore, cheese and other animal products have to be brought in from the “outside” world. Mount Athos is not the only place in the world where women are forbidden to come. There are such holy places, for example, in Japan – Mount Omine and in Mumbai – the Haji Ali Mosque. 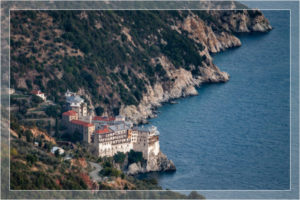 Unlike Michael, who grew up in a monastery on Mount Athos, other monks, before joining the monastic order, saw women. Tolotos, on the other hand, saw only the face of the Virgin Mary on icons.

This age-old prohibition was broken only twice in history. Once, during the Greek Civil War (1946-1949), Mount Athos became a refuge for peasant herds. The women then came to Mount Athos to take their animals back.

Another time was when a Greek woman named Maria Poymenidou disguised herself as a man and spent three days on Athos. Her invasion caused such outrage among the monks that the Greek government passed an official law upholding the 1,000-year-old charter. Women are now forbidden at the state level to enter Mount Athos. Anyone who dares to violate the ban will be punished with up to 12 months in prison.