Another quality for which we love animals is that they are never afraid to seem stupid and act as they see fit. Unfortunately, such a total majority of people can afford only when no one sees them. As it turned out, animals also like to dance during water procedures, well, at least this gorilla from the Dallas Zoo named Zola for sure.

In the video, shot by zoo employee Ashley Orr, the monkey first calmly splashes in a filled pool. But then suddenly he starts spinning, emotionally waving his arms and splashing water around. 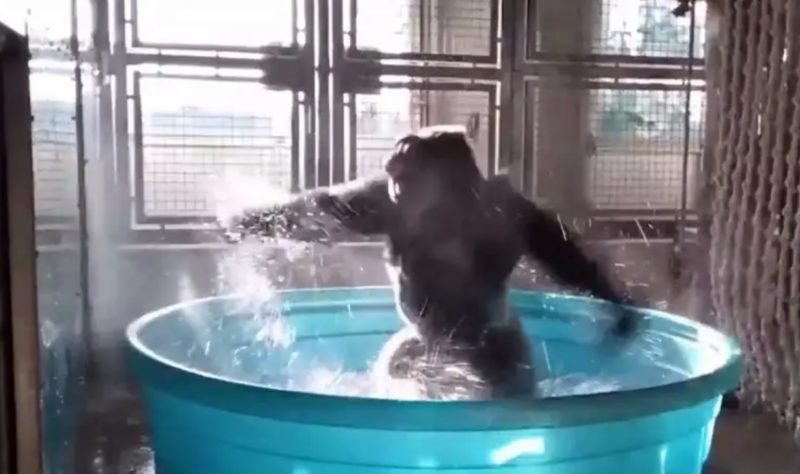 A fourteen-year-old male gorilla, Zola, became famous on the Internet a few years ago, when he lived in a zoo in Calgary, as a “break-dancing gorilla”.

Zoo staff posted a video online showing him playing in a puddle of water and accompanied him with energetic music.

A video of a dancing gorilla in a swimming pool has blown up the Internet. Apparently, Zola is just very happy about the cool water in the summer heat.