We’ve all done it. Lip-mouthed and mumbled our way through a song. But probably not as adorably as Daniel Breki with his electric blue plastic guitar. Complete with head cocks and hitting all the high notes, he does an irresistible version of Ed Sheeran’s “Thinking Out Loud.” 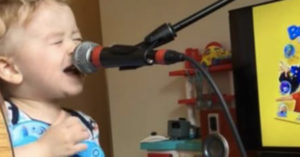 In a video that had now gone viral, you can see stepdad playing the guitar and singing, as Daniel helps out by singing in the background on a microphone.
He can barely reach the microphone but this doesn’t stop him from really going loose. It’s just too darn cute.
Together, the duo perform Ed Sheeran’s song “Thinking Out Loud”. 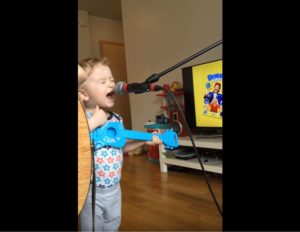 The boy’s mother posted the video on the Internet so that her brother could watch this incredibly cute spectacle. But she never expected the video to become so popular.