Embroidery is one of the oldest crafts, and they were engaged not only women, but also men. Embroidery is beautiful because it is completely different from one nation to another, and has its own special and unique style. British artist Kirstie Macleod decided to capture the diversity of this craft, and she did so for thirteen years. 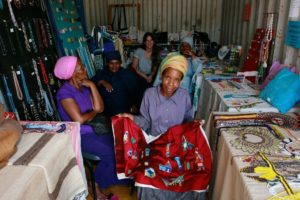 Kirsty came up with the idea to create a dress that could reflect the art of embroidery of different peoples of our planet. That’s how the unique project The Red Dress came about.

Kirsty traveled around the world with pieces of fabric, on which artists from all over the world left their embroidery. She then stitched them together to create an amazing dress that became a true masterpiece. 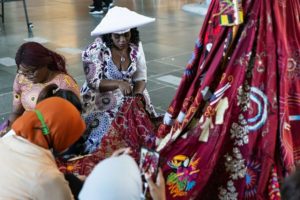 The journey of the dress began in 2009, and in 13 years the outfit has visited 46 countries. A total of 343 artists were able to work on the dress. Some were refugees, others were artisans who had absorbed traditional embroidery in the family, others were just beginning embroiderers. 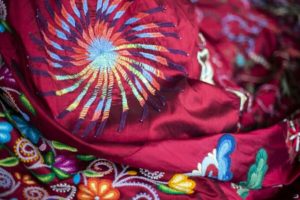 The dress has traveled to Turkey, Africa and South America, Mexico and beyond. Embroiderers were asked to create such a work, which would express their own individuality, as well as reflect the cultural experience and traditions of the craft. 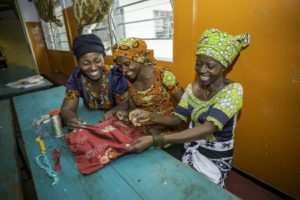 When the journey of the dress came to an end, it was sewn together, turning it into a real work of art. A graceful bodice with buttons, long sleeves, a puffed skirt and a spectacular train. This masterpiece is created and 84 pieces of fabric, the hands to which were applied by craftsmen from different parts of the world. 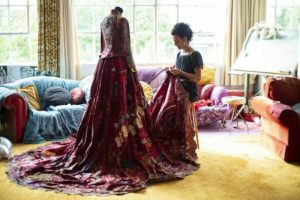 The design of the outfit was inspired by the stories of the embroiderers, their life experiences, the past of their country and their family. The outfit came out stunning and priceless. Because it united completely different cultures, erased the borders between them, but also created a dialogue of national identity through embroidery. 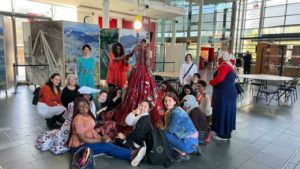 And then the fate of this masterpiece is decided: it will have another great journey, only now not as scraps of fabric, but in full-fledged form. The Red Dress project will move around the world and be exhibited in various museums and galleries. 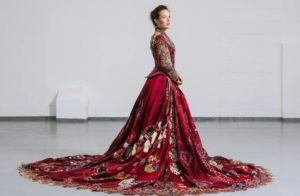 POSITIVE 0 9 views
The construction of this amazing house began back in 1993 in the United States,

POSITIVE 0 30 views
Ebony, 29, had a beloved son Adam in the family when the happy mother

POSITIVE 0 91 views
Babies are some of the cutest little creatures on the entire planet. You may

LIFE STORIES 0 192 views
Angelo Mastropietro has been dubbed the «caveman» by journalists. The man realized his long-time

ANIMALS 0 110 views
A surprising and amusing incident happened in the Tallinn Zoo. One day after cleaning,

The dog that Alain Delon saved from body burns died. He helped him live longer
A dog named Mambo nearly lost his life in 2009 in the most horrific
CELEBRITIES 0 48

African-American family has a light-skinned son with red hair
Ebony, 29, had a beloved son Adam in the family when the happy mother
POSITIVE 0 30

Successful models with a non-standard appearance
Previously, only dolled-up beauties with 90/60/90 parameters could become top models and photomodels. But
CELEBRITIES 0 74

The story of Sheba, a dog kidnapped 5 years ago, flies nearly 1,000 miles to embrace his family again
A family whose dog has been missing for nearly five years was reunited with
ANIMALS 0 44

A priest built a 10-story tree house with his own hands. It looks great!
The construction of this amazing house began back in 1993 in the United States,
POSITIVE 0 9