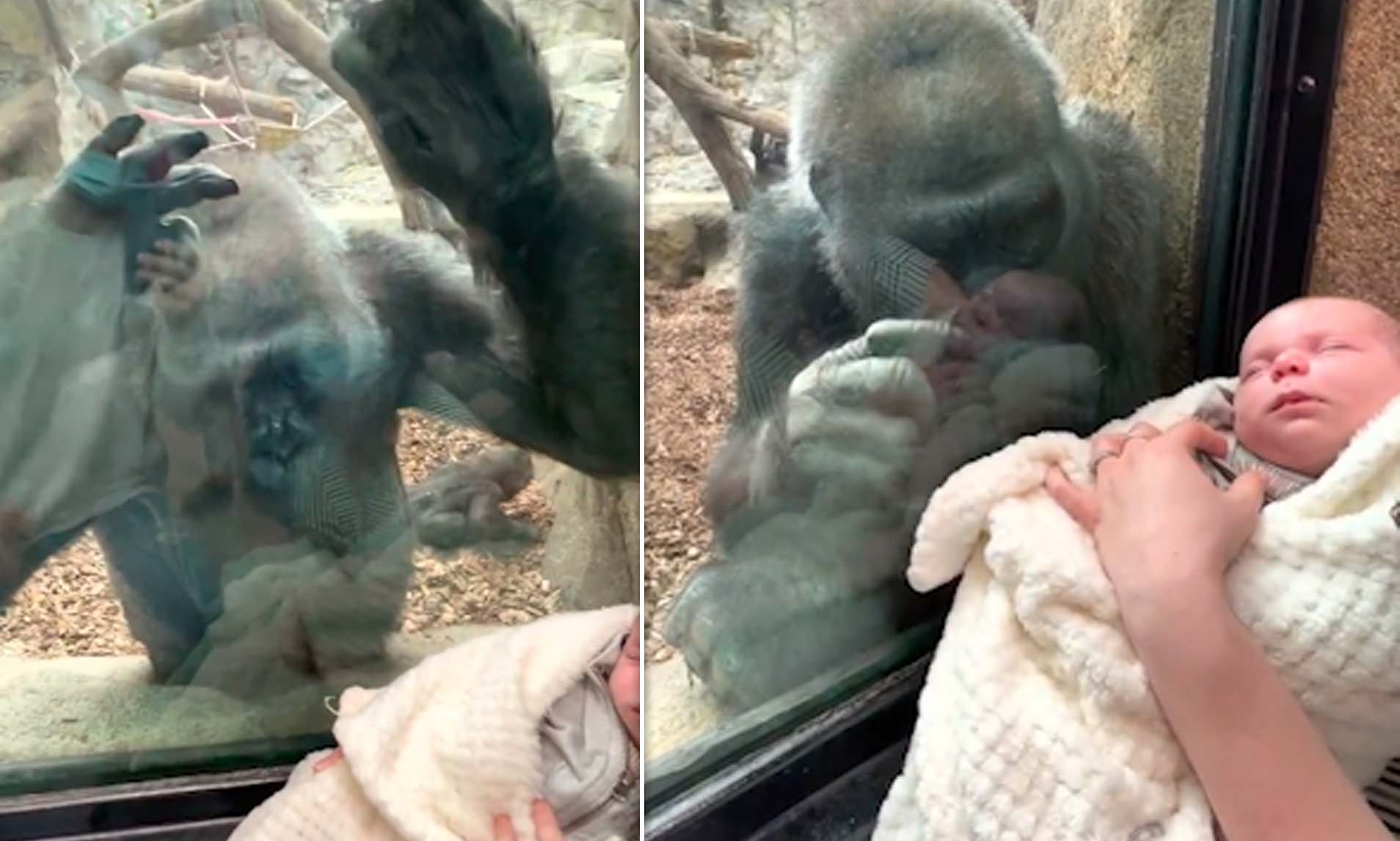 This is the heartwarming moment a gorilla and a woman adorably bond over their newborn babies! The motherly love is surely the strongest power on Earth and this viral moment is the perfect proof.

The other day, Austin and her family decided to pay a visit to the Franklin Park Zoo in Boston with their 1-month-old son, Canyon.

It was there, while stopping by the gorilla enclosure, that the Austins spotted Kiki in the company of her own child, a 7-month-old baby gorilla named Pablo. When Michael Austin, his wife Emmily and their newborn baby decided to pay a visit to the Franklin Park Zoo in Boston, they never thought they will experience one of the most touching encounters a human being and a wild creature could ever have. “When I walked into the zoo that day, I never could’ve imagined that we’d have this experience,” Emmily said.

The young family spotted the gorilla in her 7-month-old son’s company, so they stopped for a moment. It did not took too long until Kiki and her baby Pablo approached their visitor, but what happened next goes beyond any imagination. “My wife held up our son to show to Kiki,” Michael shared with the Dodo. “Then the gorilla grabbed Pablo and put him on her leg to carry him over to us.”

The two mothers then had this magical interaction that lasted a few minutes. And all this time, they seem to speak the same language. It was a really special and intense bond.

“It was one of the most amazing experiences,” Michael recalls. “Kiki was talking to us with her hands. Pablo even pushed his face up to the glass at one point and they watched him, noses touching, together. My wife and I both had tears in our eyes.”