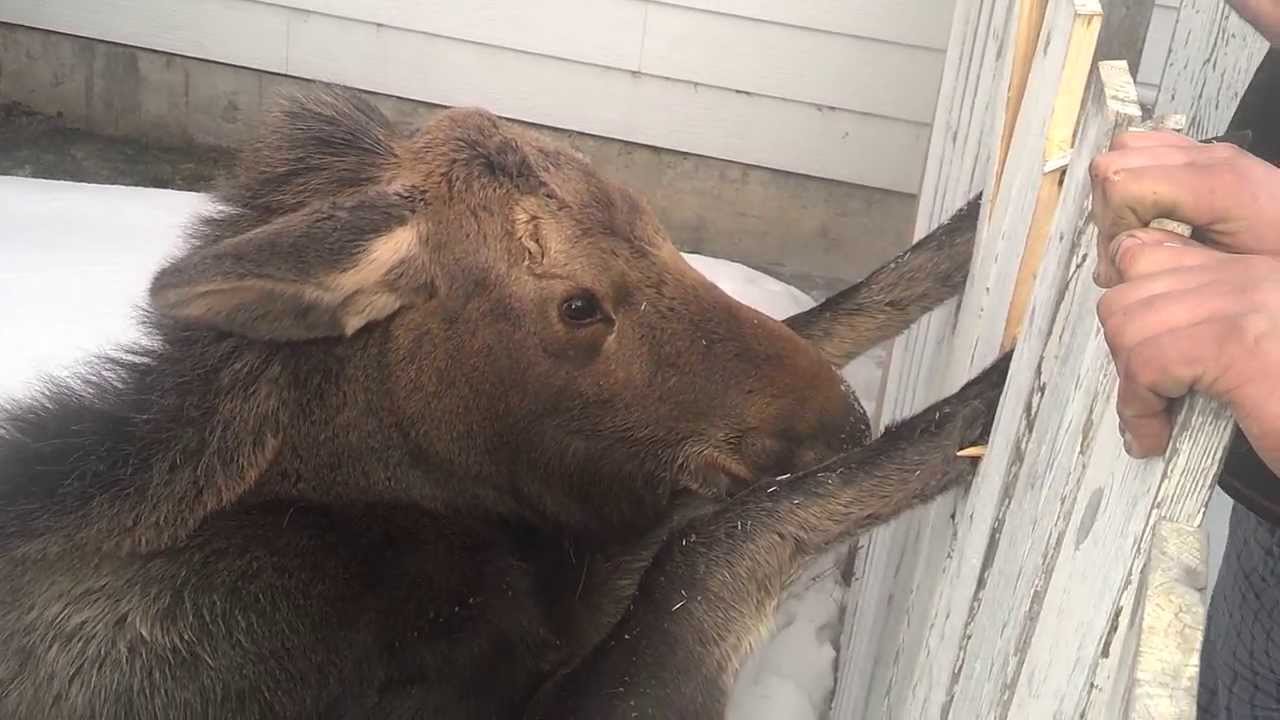 An adorable baby moose got into trouble after wandering into a residential area in British Columbia, Canada. The animal tried to jump over a wooden fence, but got stuck. Fortunately, several locals noticed the poor moose and hurried to save him. The moment was caught on video! 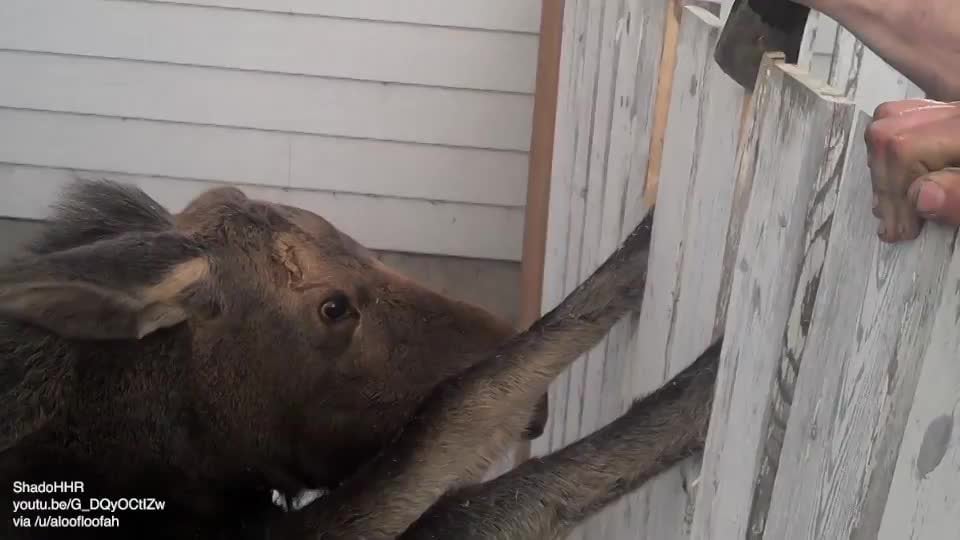 The poor animal found that he could not move after he failed to climb over the gate. Stuck with his front hooves between the wooden panels of the gate, the calf could do nothing and waited for someone to free him. Fortunately, it didn’t take long until someone noticed him and rushed to his aid. The good Samaritans cautiously approached the frightened animal and used an axe to break the wooden panels around its hooves to free it. The unfortunate animal kept his cool, and this made the task easier. In the end, the men managed to free the moose, and after that he stayed with them for a few moments. “Somehow the words ‘there’s a moose stuck in your fence’ doesn’t register on the brain the way you might think,” the video caption reads. “You get around the corner to see two hooves sticking out of the fence … and on the other side, the longest, distressed little face, with the biggest brown eyes ever seen.”

You can watch the rescue in the video below!