The man was returning home from work. His path led past an abandoned house, from where suddenly there was whining and yapping. He followed the sound and found a litter of puppies, seven of them. They’re so small, about two weeks old. They were crying pitifully from hunger. The man could not pass by. But he reasoned sensibly that the mother dog was probably wandering around in search of food somewhere nearby, and therefore taking the puppies away was not a good idea. He just poured them some milk and left. 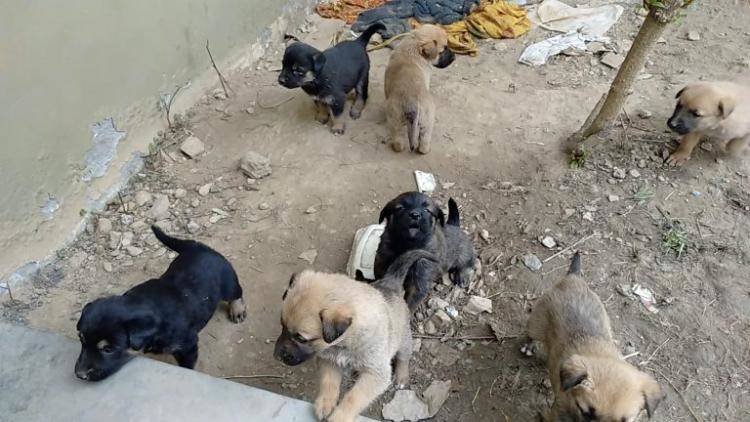 However, the next day the puppies were still crying, and there was no mother. And then Manohar realized that it was his duty to understand the situation, to help the dog family reunite. He took a day off, got his friends involved and began to explore the neighborhood. Half a day later, a friend called him and informed him about the “lost dog”. She was 6 km away from her puppies and looked like she was lost.