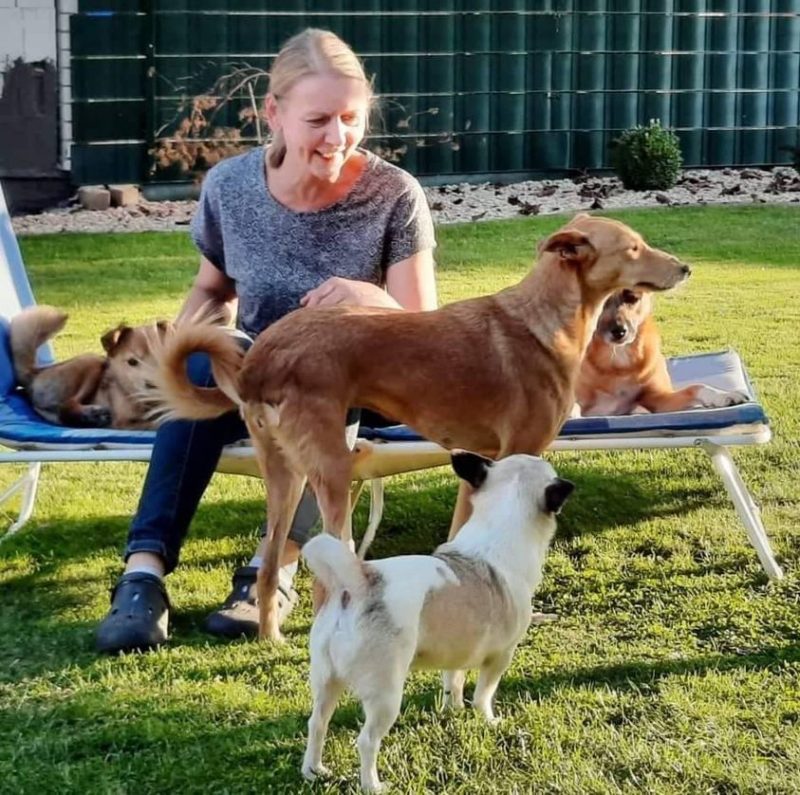 For most of us, the thought of being in a very small room is intimidating. So why do we often do this to animals that rely on our love and affection?

We see dogs chained to trees, to small kennels, to fences, in very terrible conditions. They never knew what the world was like. They missed a lot in this life. And this left them with scars for life.

That’s what the Greek rescuer faсed. A successful dentist from Greece quit a lucrative job to save homeless animals.The man abandoned everything and created a shelter for destitute animals.

The shelter was designed to accommodate abandoned dogs, especially when Greece was hit hard by the financial crisis. Suddenly, many owners could no longer afford to take care of their dogs. So they abandoned them.

A woman called him about this. She said she saw a dog on a chain in a small wooden kennel. Takis went to investigate. With the little information he had, he didn’t know what to expect.

There he found Libby, terrified and trembling.

Libby was chained to a small kennel where she could barely walk around it.

Her head was lowered. She kept trying to look away from the man she had just met. She doesn’t know his intentions, even if it’s for her own good. All she knows is that she may be in danger.

Takis was moved by this scene. 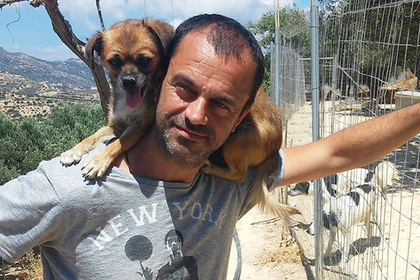 Libby bared her teeth whenever Takis and his team got too close to her. When Takis tried to find more information, he found out that Libby had been in chains all her life. She never knew what the world looked like for the last 6 years.

He knew he couldn’t leave her in such terrible conditions.

They decided to take her with them. Three months later, what was once a frightened, growling dog has turned into a full-fledged pet.