British volunteers picked up a dog from the street who was pregnant. The mother-to-be was named Elsa. Her babies were born a few weeks later. 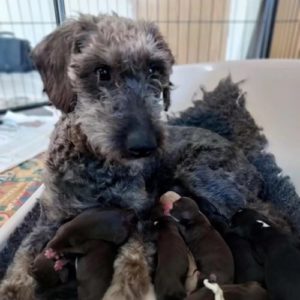 “We knew Elsa was getting ready to be a mom and assumed there would be at least 6 puppies. But she became the mother of 13 babies and for us this number was a real shock. Elsa was not frightened by this number of puppies. She quickly adjusted to the wave of motherhood and took care of all of her many heirs. 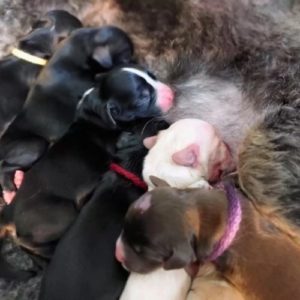 “We are happy that all the puppies are healthy. They are growing and developing quickly, and Elsa gives them her best attention,” says one of the volunteers. 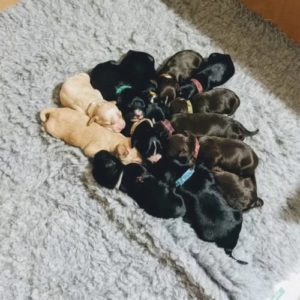 Although Elsa turns out to be a wonderful mother, it’s hard for her to cope with so many little ones on her own. That is why volunteers come to her rescue. The mother does not have enough milk for all the puppies, so people feed the babies from a bottle.