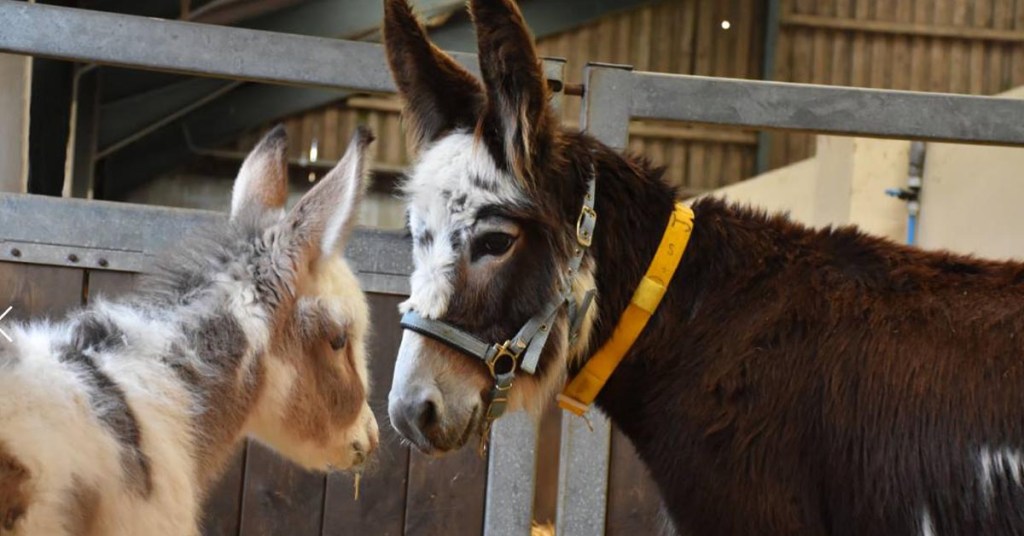 The life of this tiny foal was far from easy after his own mother rejected him shortly after birth. But, fortunately, he was not alone. Surrounded by love and affection, the hopeless donkey overcame a difficult situation by finding a new loving mother!

Ben’s mother was already pregnant when she arrived at a donkey shelter in the UK. There were only a couple of months left before the birth, and the mare named Millie was far from ready to become a mother. Unfortunately, despite the efforts of the staff to prepare her for what was to happen, they were unsuccessful. And soon after the birth, she gave up her baby! For a newborn animal, the chances of survival without a mother are extremely small. But the staff of the shelter tried their best to save the life of the tiny foal, and in the end they succeeded.

They bottle-feed him every 3-4 hours and spend a lot of time with him, making him feel comfortable and loved. But tiny Ben needed someone to be with him every second to warm and protect him, and only a mother can do that.

Since his mom was away, the staff decided to introduce Ben to “Auntie” Jingle, another mare at the shelter. To everyone’s surprise, they soon became inseparable. All the participants were more than happy to see that Ben had finally found a loving mother. After everything he’s been through, he really deserves it!