A dog is not only a man’s best friend, but also a faithful helper. Not only can they guard homes, but they can also save lives. Dogs have long been faithful assistants in police, customs, and rescue services.

We want to tell you a story, the main character of which is a service dog named Perseus.

The grandmother took her nine-year-old grandson to the cemetery. There she decided to clean up and put the boy on a bench. Quickly the child got bored just sitting there, and he decided to take a walk. 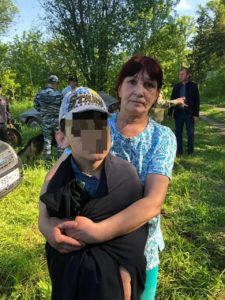 When Grandma finished cleaning up, the boy was nowhere to be found. She started calling for him, but got no answer. There was a forest very close to the cemetery, and the woman realized that the child had probably gone there.

She called the police and they quickly arrived on the scene. The police took with them a dog handler and a dog that had been trained to rescue people. 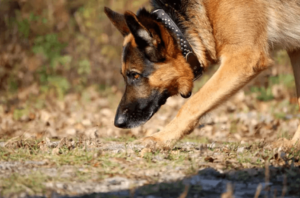 Perseus sniffed the boy’s clothes and started to follow the trail. They searched for the child for about two hours. The lost boy was found in the woods, having managed to get more than a kilometer away from the cemetery. It turned out that the boy was up to his waist in the swamp. But fortunately, everything turned out well and the schoolboy was fine, he didn’t even need medical help. 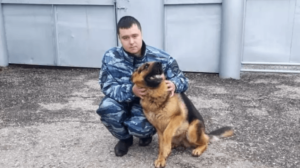 And Perseus deserved to be called a hero!