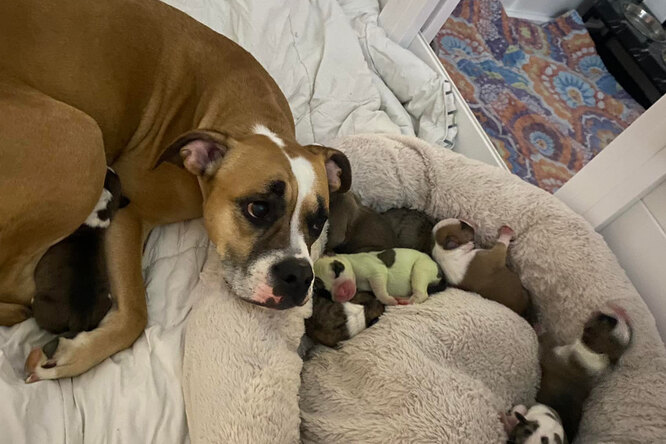 Cases of the birth of puppies with green and blue (yes, there are such) coat color are extremely rare. What causes such changes in their appearance? And isn’t it dangerous for the animal’s health?

At the end of January, there was a replenishment in the family of Nova Scotia residents – Trevor Mosher and Audra Rice. Their dog named Freya gave birth to seven puppies: six – the most ordinary, and one – green! Baby Fiona (the puppy was named after the wife of the fabulous ogre Shrek) was born the very last and attracted the most attention.

“We wiped the fur with a towel, but it still remained green, and we were worried that something was wrong with the puppy,” Trevor told Global News Canada.

Fortunately, an examination at the vet confirmed that Fiona is healthy. A change in color is associated with prolonged contact of the puppy with biliverdin (an intermediate product of hemoglobin breakdown). It is present in the placenta, so that at birth the wool of all puppies contains biliverdin particles. After a few weeks, the substance is washed off without harming the animal’s health. In most cases, the contact of puppies with biliverdin in the womb is insignificant. And if the newborn has a dark coat color, then the green shade will not be noticeable. Fiona turned out to have a lot of bright areas in the color, where biliverdin appeared in full.

The owners of the dog family are delighted to have witnessed such a rare event.

“We were lucky to see it. I’ve heard stories that puppies can be born green. But before this incident, I had never seen anything like this with my own eyes,” says Trevor.

By the way, over time, the unnatural color began to fade, and, as the Canadians told People in an interview, now the shade of Fiona’s fur can be called lime rather than green. 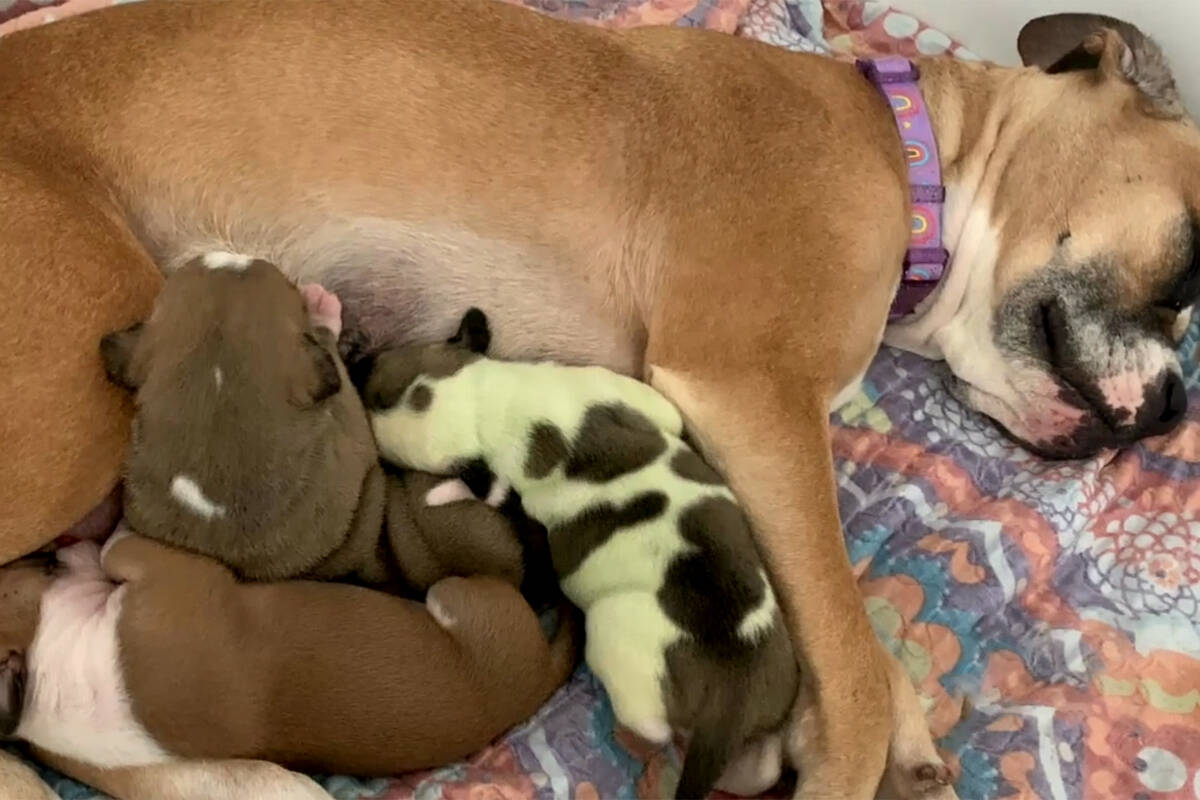