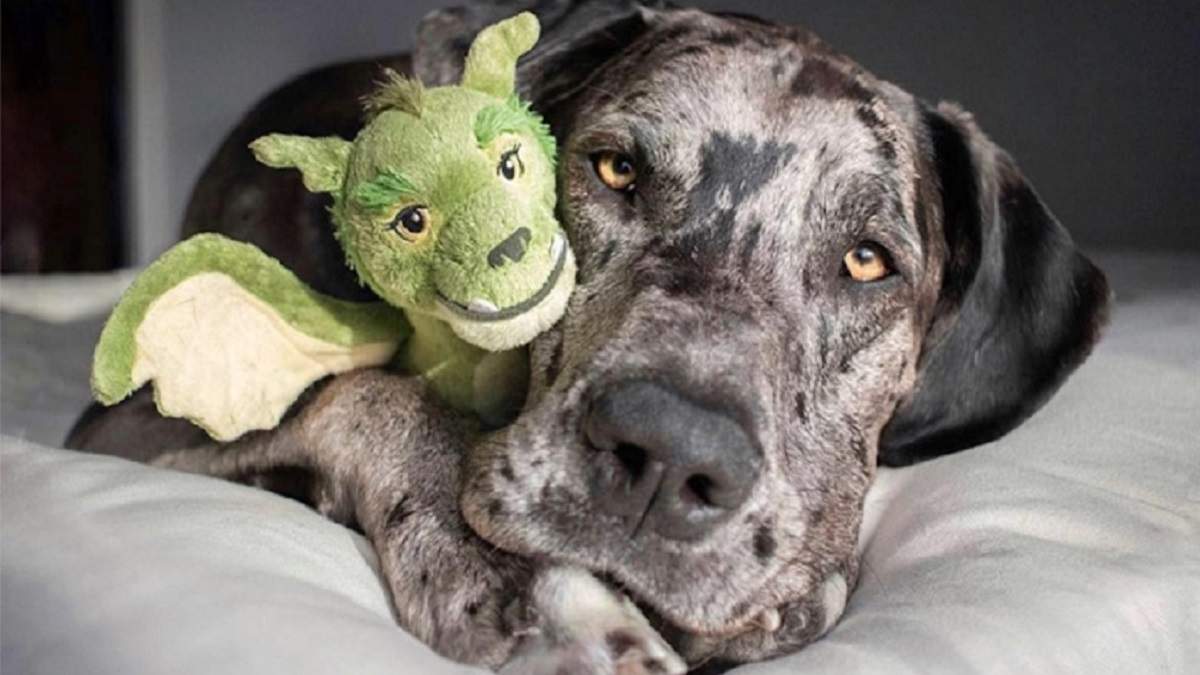 The Great Dane puppy got into the family of a Denver resident – Mandy Helvedge – in May 2017. When the future owner of the dog found out from the breeder about her birth, she ordered a soft toy in the form of a green dragon on the Internet, resembling the hero of the science fiction movie “Pete and his Dragon”. 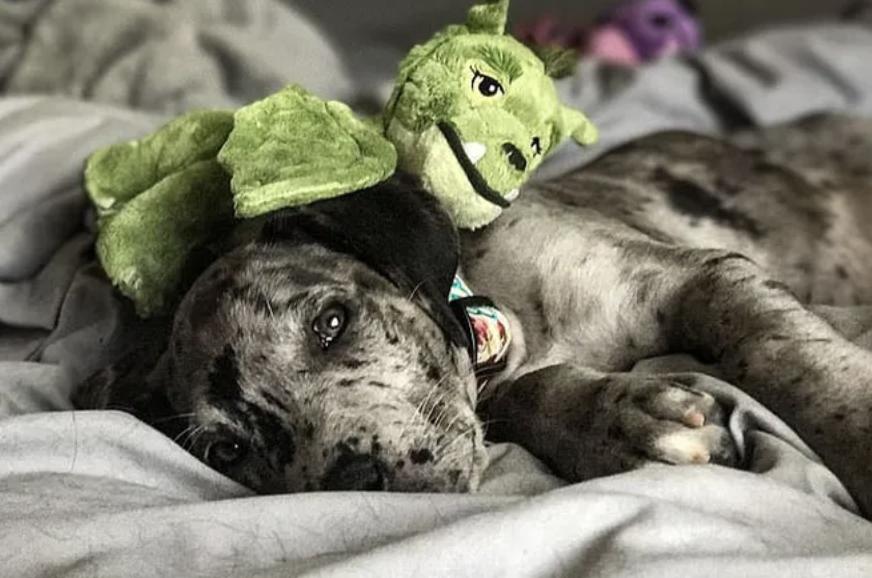 The pet got the nickname of the Disney hero – Elliot, and a new friend, to whom the dog became attached very quickly and does not part with him even now that he has become a huge and harsh adult Great Dane. 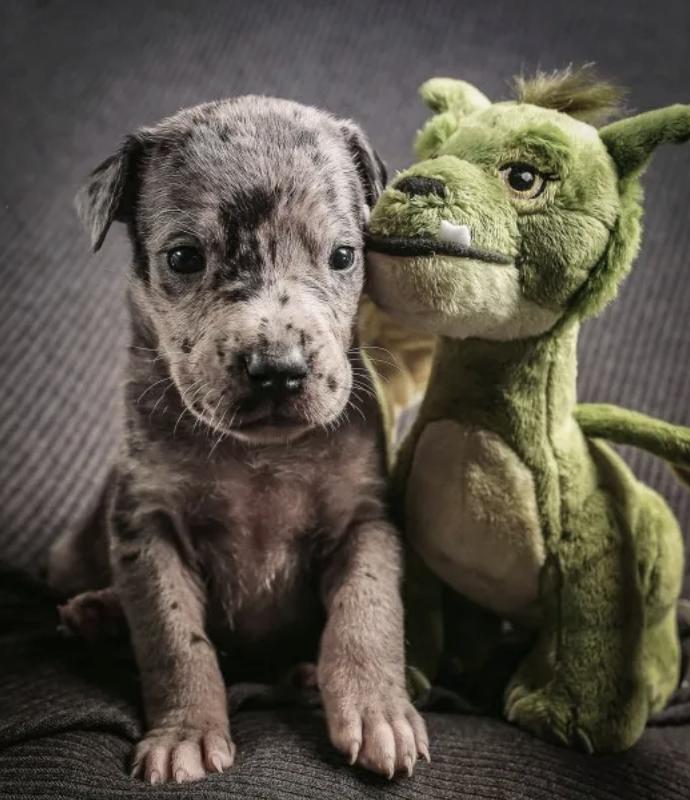 According to Mandy, she got a very active, energetic and independent pet. The dog is her best companion when traveling in the mountains. She loves long walks and generally wants to participate in everything her owner does. But next to his dragon, Elliot turns into a small defenseless puppy again. 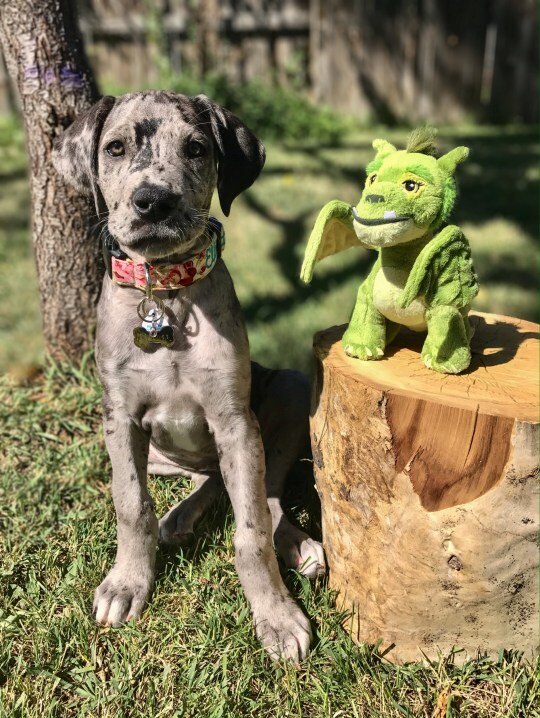 To capture the moments of this touching friendship, Mandy made a series of photos with a pet and its toy – from birth to today. 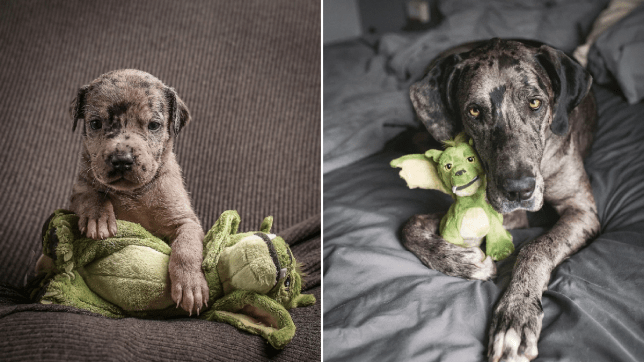 “I often hear the phrase “dog for the soul” from people and I can say that with the appearance of Elliot in my life, I began to understand better what it means,” says Mandy. –We feel so good about each other, everything has become different with her.” 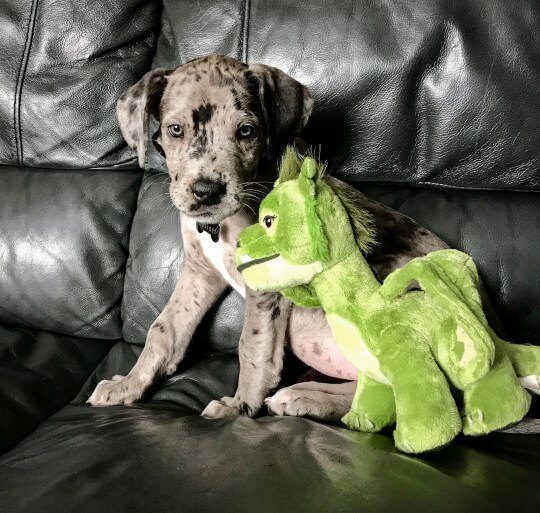