A young polar bear with a jar of condensed milk in its mouth came to a polar village. The residents of the village avoided the animal for a few hours, but then realized that the bear came for help on purpose. 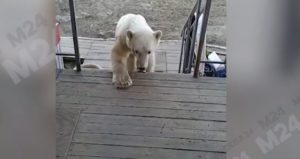 In the village of Dixon, in the north of the Krasnoyarsk region, an exhausted polar bear came out to the people. He has a can of condensed milk stuck in his mouth, and the animal is in a deplorable condition.

A young bear must have found a jar of condensed milk somewhere and tried to get it out. The jar got stuck in a very uncomfortable position – the locals could not get it out. 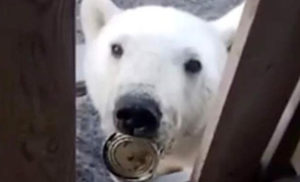 The head of Rosprirodnadzor Svetlana Rodionova in her Telegram-channel promised that today, July 20, a group of veterinarians from Moscow will be sent to help the red-listed predator.

The condition of the animal causes serious concern for his life. According to the head of the service Radionova, experts, ready to help the unfortunate white feline, have already been found. Now it’s a question of transport.

It is assumed that before removing the jar from the mouth, the animal will be put to sleep.

“We will do everything we can to save the bear,” Rodionova said. 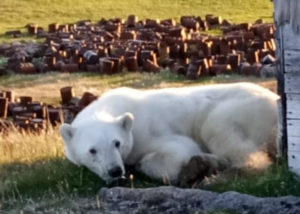 Veterinarians from the capital have already flown out to the bear.