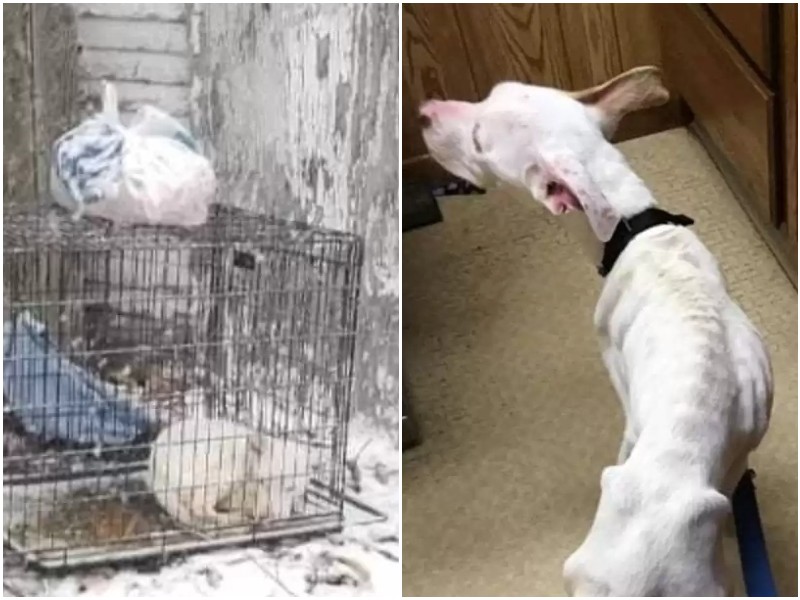 This poor one was spotted near an abandoned house in a closed cage. It was cold and it was snowing, and the dog was shivering both from fear and from the cold alone.

The dog was seen near an abandoned house in Minnesota, USA. She was curled up in a ball, shivering softly in the cold. It is not known who left her like that, but apparently, this is how people decided to get rid of her. It is also unknown how long she stayed in the cold, because the dog was emaciated and dehydrated. 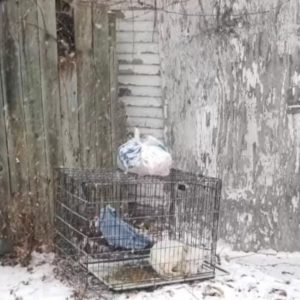 Fortunately, people quickly reported the dog to the local shelter Ruff Start Rescue. Its employees came to pick up the dog on the same day, and were also shocked by what they saw. Despite everything she had been through, the dog was glad to see the volunteers – it was as if she knew that she was being rescued. 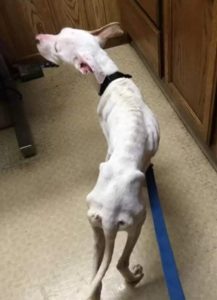 She was later brought to a shelter and given the name Rosabella. At first she weighed only 8 kilograms and had bones sticking out of her skinny body. She was immediately taken to a shelter where she was placed in the care of a good woman who helped her recover. In time at the shelter Rosabella began to open up – she turned out to be a wonderful, kind and sociable girl. 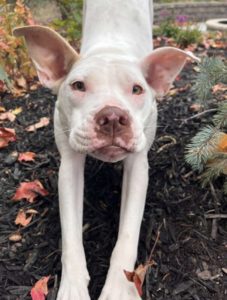 She recovered and became more active and stronger every day. She also showed constant love and gratitude to her guardian. She also became friends with her pet dog. After that, they all became so attached to each other that the guardian decided to keep Rosabella with her forever. 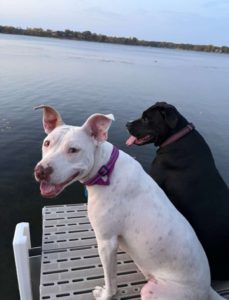 “We all just fell in love with her. She is an amazing dog – so lively and curious. She loves us and follows us everywhere. She has grown a lot during this time and is a healthy and active dog,” says Rosabella’s guardian. 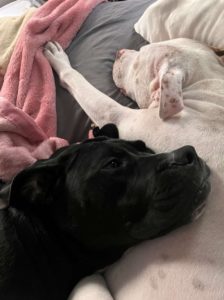 That’s how the frightened and scrawny caged dog found a loving home. Rosabella is now enjoying life, long walks, playing with her canine sister, and thanking her loving owner. Thanks for rescuing this little girl!