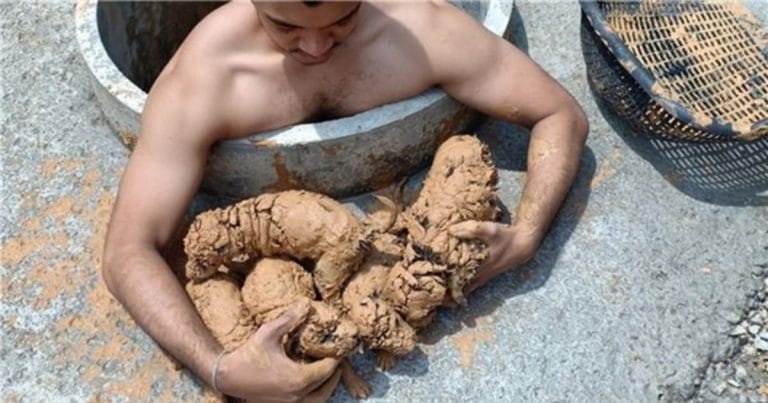 In the morning, a resident of Thailand, Shurachet Klayevkala, went to work in the same way as always. He was passing by a construction site when he heard a low plaintive whine. The young man listened carefully to understand from which direction the sounds were coming.

The crying came from a small well filled to the brim with mud. The guy came closer and looked inside. Little creatures were barely tossing and turning there, squeaking pitifully.

At first, the young man did not understand who it was. The animals looked a bit like rats or tiny mongooses. Under the thick layer of dirt, it was difficult to see who it was. Then Shurachet began to carefully take out the animals – one by one. 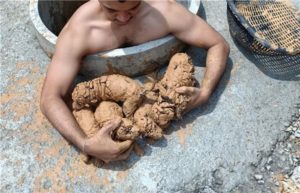 Soon all five animals were on land. At that very moment, it became obvious that these were not rats or mongooses at all.They were ordinary puppies, which were covered with a thick layer of dirt. Because of this, they looked more like living statues and could barely move. 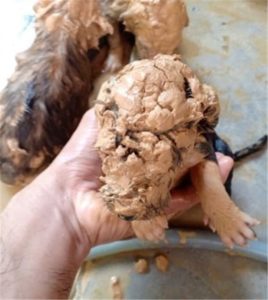 The young man could not leave the kids to their fate. They looked like they were two or three weeks old. It is possible that the dog herself chose a secluded place in her opinion to give birth to children, not suspecting that after the monsoon the well will be filled to the top with mud! 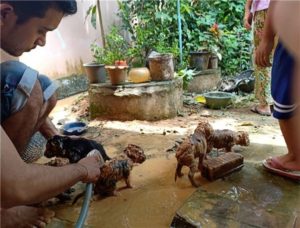 There was no sign of the dog or its tracks nearby. And the kids clearly wanted to eat. Maybe the parent thought that her crumbs were dead. Or something happened to her. In any case, Shurachet decided to bring the rescue of puppies to the end.

The guy brought five dirty puppies to his home. He bathed them and fed them. The clean pets warmed up. They felt that they had full tummies, and began to exude friendliness. 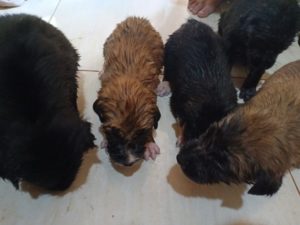 Shurachet’s family helped take care of the babies.The most important thing is that people decided to leave all five puppies to live at home!