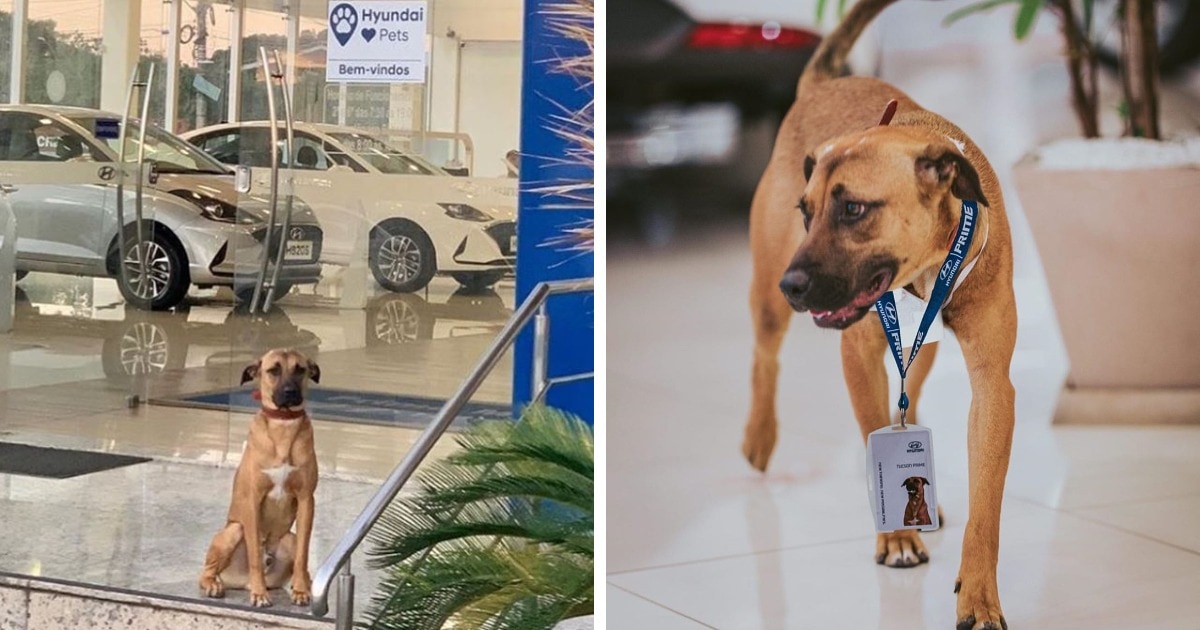 Employees of the Hyundai dealership in Brazil often saw the same cute dog next to the building. He was obviously homeless and just wandering around the street back and forth. Once, during a particularly heavy downpour, the salon workers took pity on the dog and decided to let him under their roof, giving him water and food. The dog was so kind and friendly that they decided to leave it in the salon as a mascot. Just so that Tucson Prime, as the dog was called, would have a roof over his head and food.

However, Tucson Prime turned out to be an ambitious good boy, and soon he was promoted! The dog Tucson Prime became an employee of the Hyundai sales department. He was even given a badge. At first, the dog had a formal position of a kind of mascot. However, later Prime was even promoted. He became an employee of the sales department, as he very skillfully met visitors and interacted with them.

And it really makes sense. Communication with a cute dog can alleviate the stress of the responsibility of choosing a car. Visitors feel much better and probably become more disposed to shopping. Due to the appearance of the dog, the ordinary car dealership became known almost to the whole world! Sales have really grown noticeably in recent months. Of course, the four-legged employee has his own office. Colleagues built him a booth, allocated beautiful bowls and organized shift duty for walking Tucson.