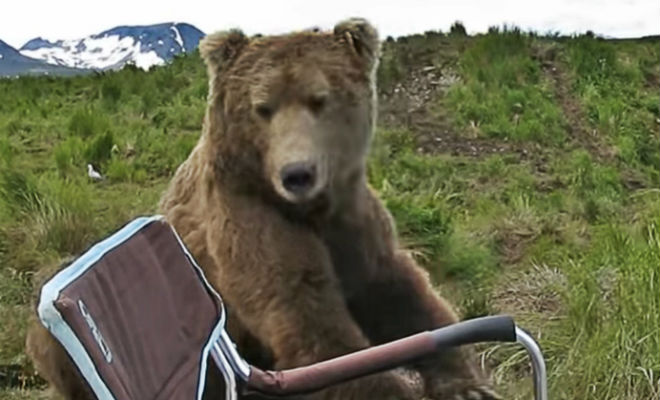 A brown bear approaches a group of people watching bears near the McNeil River, Alaska, and sits down next to them, admiring the landscape.

Animals have a natural charm, but when they do what is inherent in humans – what we do not expect from them at all – we are touched even more. What would be your first reaction if you were sitting on a park bench and a stranger came up to you and sat down next to you? 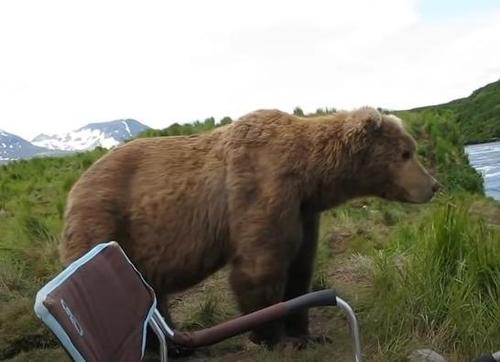 It usually bothers us a little. The first thought that comes to mind in such cases is usually the thought of your safety and the safety of your belongings, and not at all about having a conversation with your newly acquired neighbor. This is what happened to Drew Hamilton in the McNeil River State Reserve. Only this time his neighbor was a big brown bear.

That day Hamilton was sitting on a bench, enjoying the picturesque sight and going to take a picture of it. Then the unthinkable happened. It should be noted that while in the park, visitors should behave predictably, consistently and naturally, so as not to scare the bears. This is what Hamilton did: he just sat quietly watching the brown bears come to the river one by one. 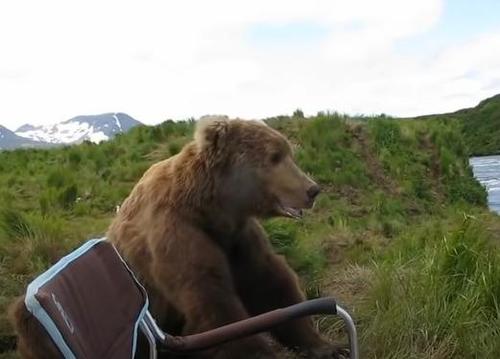 So, one brown bear came up to Hamilton and calmly sat down next to him on the bench. For a while he sat there quietly, yawning and stretching, absolutely not embarrassed by the neighborhood of a person. It was as if he sensed a kindred spirit in Hamilton. Fortunately, this rare moment was captured by a man on video, and, perhaps, this is one of the most touching sights that we had to see.