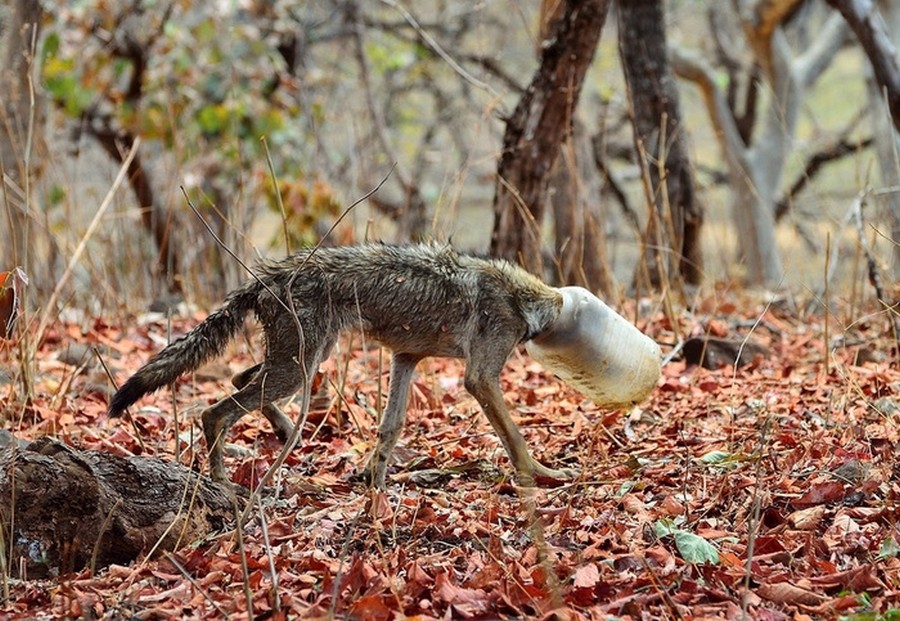 Amateur photographers went to the lake area in Nagpur to take pictures of wildlife. Suddenly they noticed an unusual creature. It turned out to be a wolf whose head was stuck in a plastic container.

Indian wolves are endangered. And the life of one of them was almost cut short because of people. Most likely, the wolf tried to get food out of the container, but got stuck and could not escape. From hunger, he became more and more exhausted and lost strength.

The animal was noticed by Tanai Panpalia, a 26-year-old accountant from Nagpur, who said that local residents constantly throw such containers anywhere, from which wild animals suffer.

Friends reported the wolf found to the Forestry Department. And then they watched him for two hours so as not to lose him before the arrival of animal rights activists. A wolf pack was also watching the victim from afar.

The veterinarians who arrived caught the wolf, freed it from the container and watered it with water for cooling. After that, the animal was released, and the wolf finally joined his native pack.