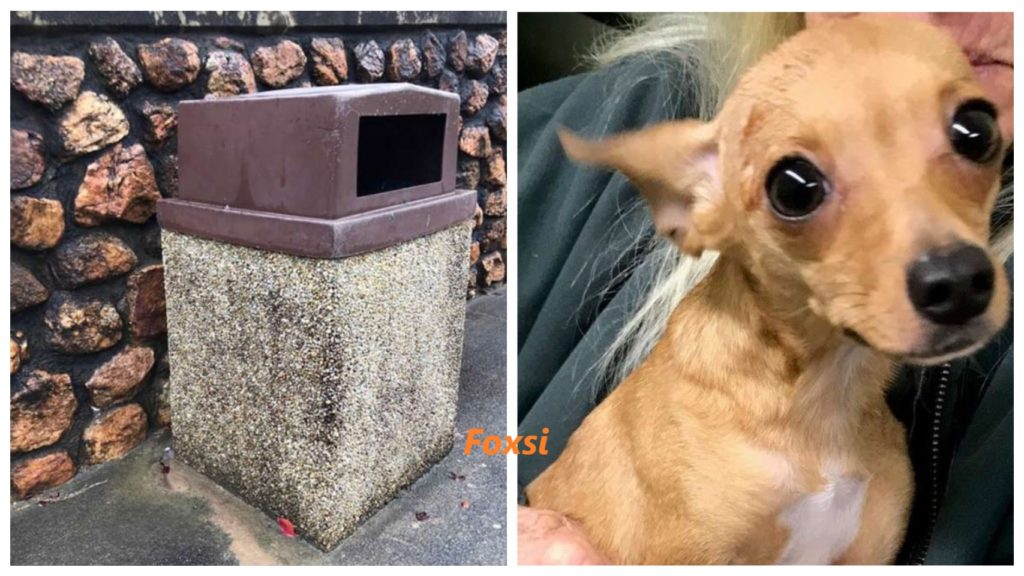 The woman was in a hurry to work when she noticed a garbage bag next to a dumpster near the cafe where she works. Deciding to put it away, she decided to put the package back in the dumpster. But suddenly she heard strange sounds. Inside the trash can, bright eyes belonging to a Chihuahua dog weighing no more than 6 kilograms looked at her. The woman immediately pulled the frightened animal out of the trash. Unsure what to do with the abandoned dog, and fearing that her boss would arrive at any time, the woman called a colleague who was a volunteer to advise what to do next.
The dog, now named Karolina, was taken to the vet and kept overnight for observation.

“She was wet, cold, hungry and scared to death,” the volunteer said. After a week of freezing rain in the area, it seemed a miracle that the frail young dog had escaped the worst.

Since she didn’t have microchips and there were no CCTV cameras in the area where she stayed, rescuers were unable to track down her original owners or find out why she ended up in a trash can.

“How this little girl got there, we will never know,” the man said. All we know is that she will never have to go through this again.” The next morning, Caroline was taken to her home by the woman who found her.

“The puppy is just amazing,” said her new owner. “She’s cute and smart, she found toys last night, went and took, I don’t know how many, and brought them to my room.” The owner’s daughter likes her very much. They clearly found a common language. After all, the girl always really wanted to have such a dog.