Touched by the fate of a dog abandoned in a park, a former member of the U.S. Air Force decided to come to his aid and give him a chance to start a new life. Thanks to him, the pit bull not only has a roof, but is also trained to become an assistance dog. 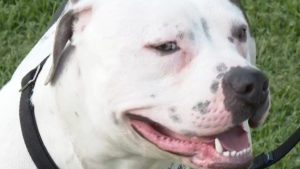 An American Air Force veteran, Carl Anderson is very sensitive to the suffering of homeless animals. When he had the opportunity to help a dog in distress, he didn’t hesitate to do so.

A man lives in Colorado. He recently witnessed a sad and shocking scene late at night. From his window, he saw a car stop in front of the park near his house. The driver then let the pit bull out and drove away, leaving the dog alone. 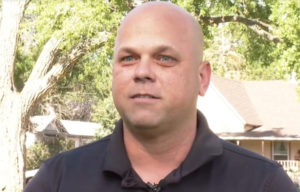 The next morning, the dog was still alone in the park. Carl Anderson approached him.

“The dog was confused and very scared,” he says.

The former soldier called the authorities and provided them with a description of the vehicle. Police were able to identify the owners, who were prosecuted for animal cruelty. 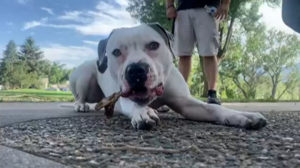 As for the dog, he was placed at the Humane Society of the Pikes Peak Region in Colorado Springs. Bruno, however, was never able to adjust to life in that shelter. Carl Anderson was able to get him transferred to another, more suitable facility, after which he decided to temporarily take him in. 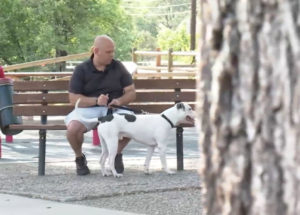 “My family has already fallen in love with him, so it won’t be easy to part with him,” he said.

Bruno will stay with the Andersons until he completes his training, making him a service dog for the former soldier. He’ll help him through his injuries.