What could possibly be cuter than two completely different animal species befriending each other and seeing them interact? This tiny little pup named Frenchie was just walking around with his owner on Wall Street, New York when they stumbled upon a rather large police horse. 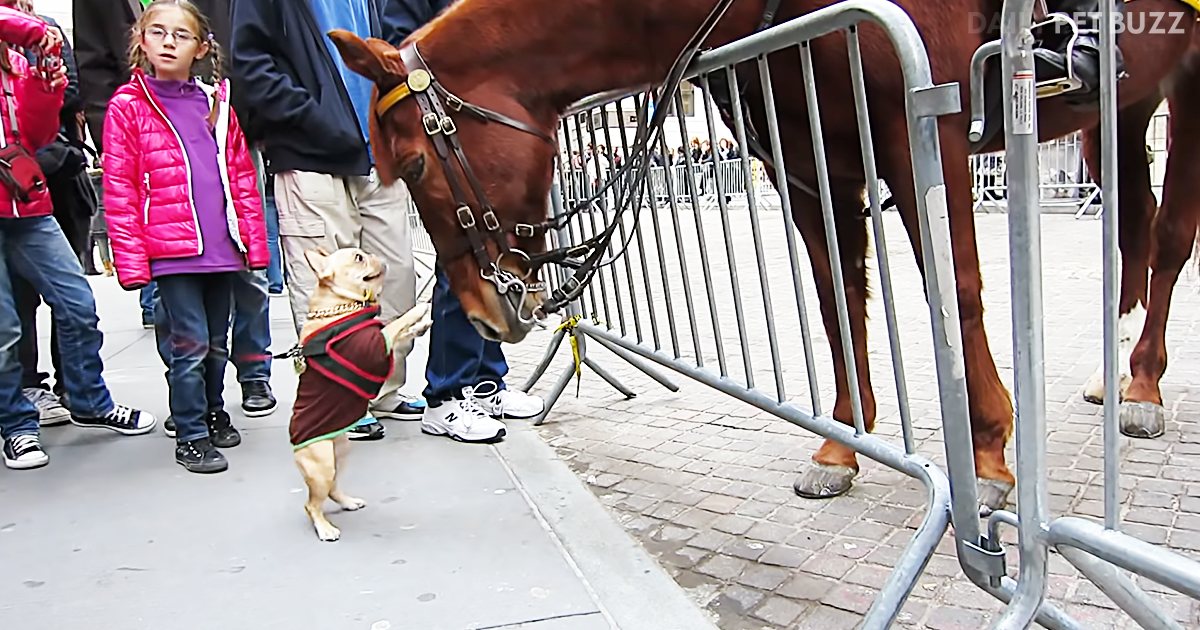 But instead of getting startled by the horse who is of course much bigger than him, Frenchie decided to stop and get to know the majestic-looking animal a little better. Soon enough, the two became friends. How can we know? Well, they started showering one another with kisses in a display of affection that is going to put a huge smile on your face.

The adorable French bulldog definitely wanted to spend some time with his new friend and stared at him in pure awe. You can absolutely tell that Frenchie wants to play as he jumps and runs around in sheer excitement.

The horse looks somewhat intrigued and amused, but since he was on active duty, he remained strictly professional. It’s an amazing mix of emotions and proof that friendships have no boundaries.

The two new friends share some sweet moments together. And a shot of the two going nose to nose with each other is particularly heartwarming. The little pup is overly enthusiastic and people in the area were laughing out loud. “That’s so cute,” one woman who passed by said.