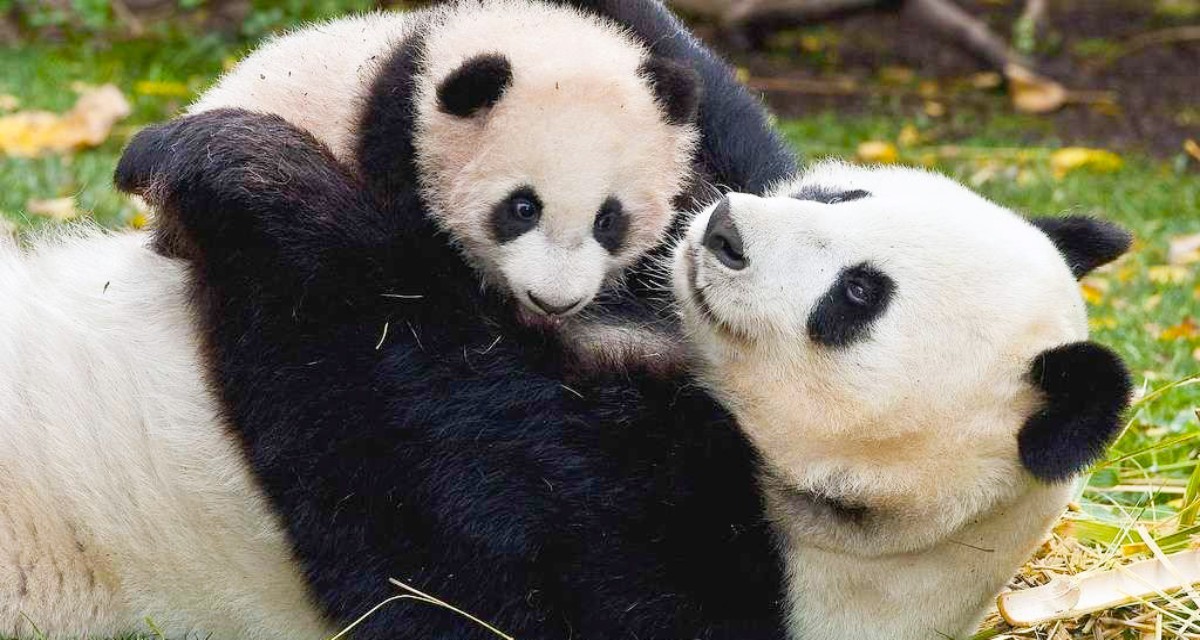 Pandas seem to most people to be touching little animals. And it’s true. But almost everyone does not know how they really live. For example, such a complex issue as caring for offspring. Recently, a unique video was sent from the Panda Study and Research Center in Chen Da. Probably for the first time for the general public, it shows the process of lulling the baby to sleep by his mother. It turns out they have their own technique! Pandas are very tiny at birth. Therefore, for several months the baby was not shown to the press – literally, there is nothing to see. And now that he has grown up and has become like a charming toy, there are more people with cameras. And they managed to capture an incredibly cute and heartfelt video of big Chen Da moving her belly, lulling the cub. Who would have thought that pandas could do that? It is clearly visible how one paw of Chen Da rests against the grate. Young Chen Feng is held on his mother’s belly only by adhesion to the wool. However, this still does not prevent the panda mom from napping herself and rocking the baby, by analogy with how a cat purrs or a person shakes the cradle. Children should sleep sweetly!