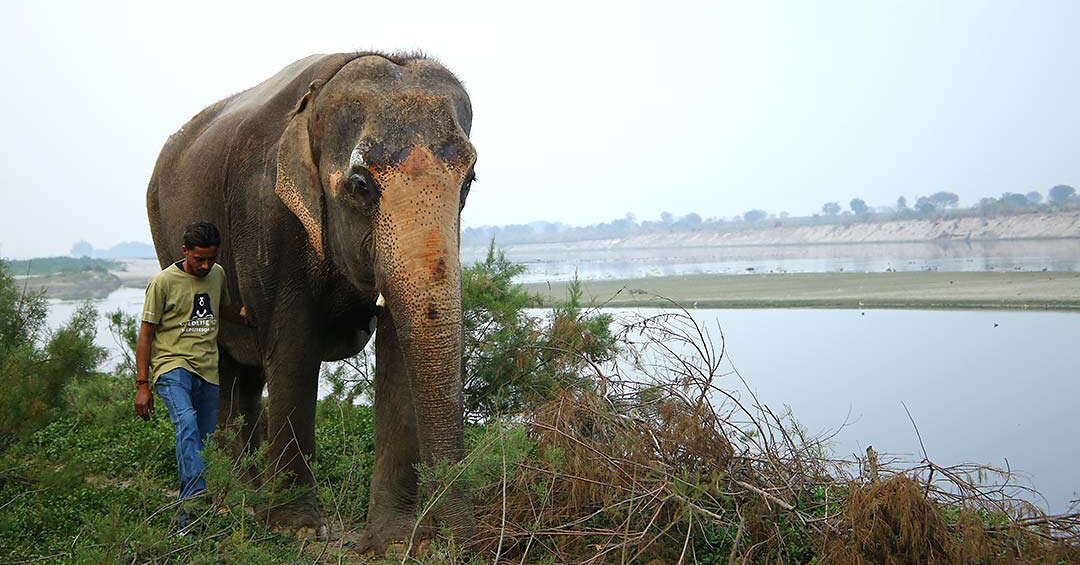 What is abuse, this elephant learned for herself. From an early age, she did hard work and endured the bullying of the owner.The owner was not stopped even by the fact that the animal does not see with both eyes.

An elephant named Karma has spent her entire life in captivity. Her owner used the animal to carry heavy loads through the crowded streets of India. For a blind animal, such work has become a real hell. For slowness and unwillingness to go, Karma received blows with a stick. Sometimes the cruel owner forced the elephant to ask for money from passers-by, hoping that people would give out of pity for the blind animal. And so for 46 long years. 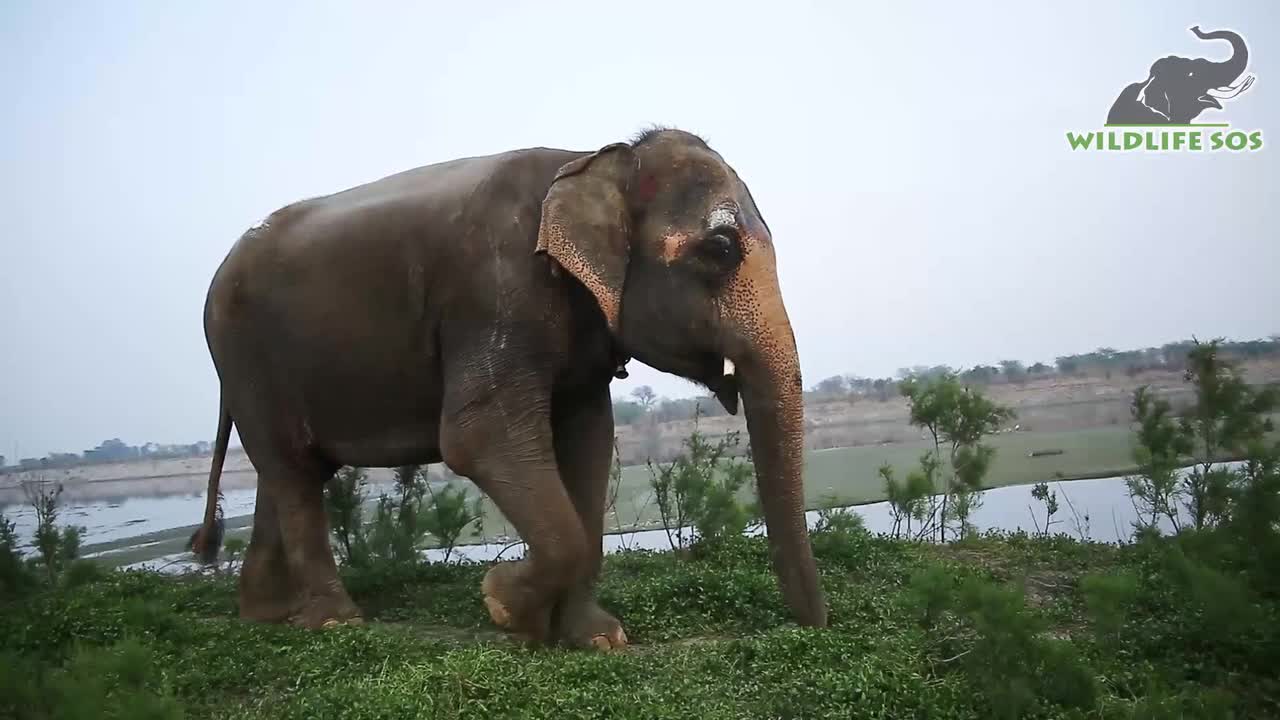 In 2019, the fund for the Rescue of wild animals of India, Wildlife SOS, took up the case of Karma. The money needed for the release of the elephant was collected on social networks. And here is the long-awaited moment – in December, Karma found freedom. To begin with, the animal was taken to a veterinary center, where the rescued animals are quarantined for some time. They are examined and given the opportunity to gain strength – before introducing them to their relatives and releasing them on the territory of the reserve. 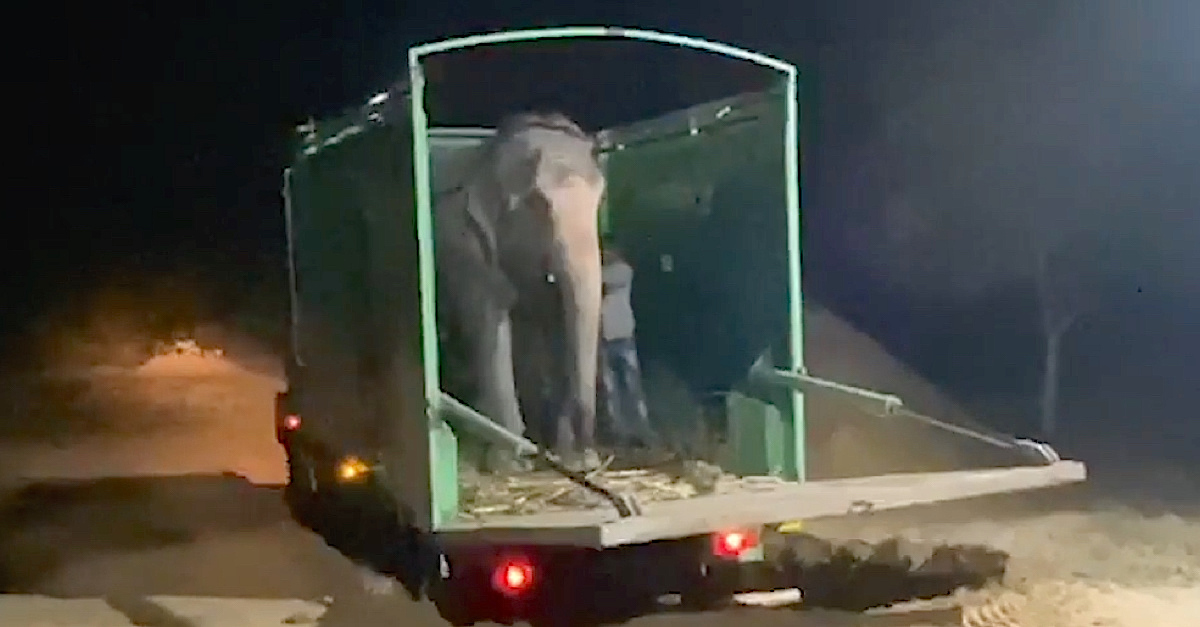 When Karma was taken to the quarantine unit, she did not dare to get out of the van for a while. Employees of the center captured on video how the elephant takes the first steps to freedom. Accompanied by specialists who have been engaged in the rescue of wild animals for several years, Karma hesitantly proceeded to the reception block. 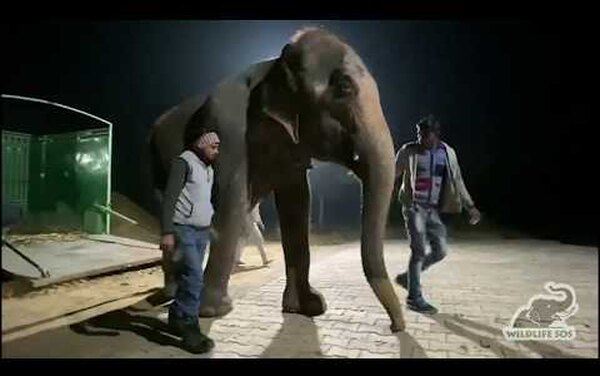 Then she underwent treatment and recovered separately from the other elephants. Wildlife SOS employees, who, according to them, “immediately fell in love” with Karma, acted slowly. The elephant suffered and suffered beatings for so long that she needed time to adapt to a new life. The caretakers took her out for a walk every day, and for the first time in her life she could walk at her own pace, and no one urged her on with a stick. The elephant carefully explored the environment with her trunk and carefully moved along the paths. 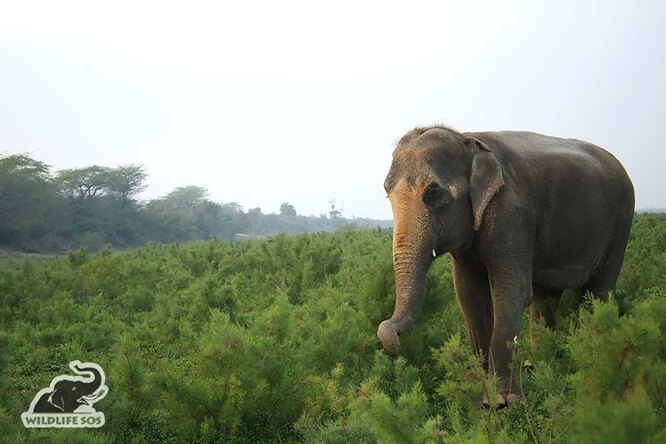 Finally there was a turning point: Karma lay down. This meant that she already felt more confident in her new place and began to trust the caretakers.

“It’s hard to imagine that this unfortunate animal was begging on the streets, being chased by a cruel owner—” the center says. “But now she is saved, and all thanks to caring people.”