Often the reason a pet lives on the street is because it cannot go to the litter box or tolerate going for a walk. After making several attempts to accustom the animal to the toilet and failing, people simply throw the pet out into the street. A pet can end up homeless because of scratched furniture. The worst of situations is to send an animal that has lived in the house for many years and has been a family favorite to the street. A similar story happened to a cat named Fireball. 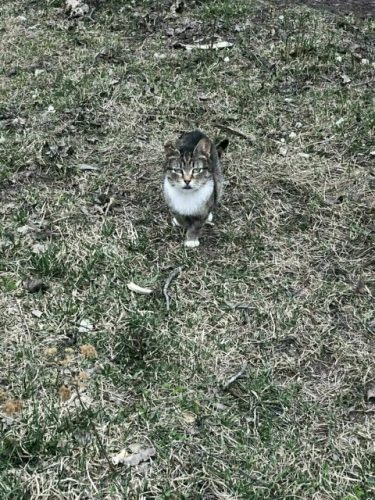 The owners of the animal had their house burned down. Fortunately, there were no people in the house at the time, so there were no casualties. Eventually people found a new house and moved there to live. But they did not take the cat with them. For two years Fireball spent on the ashes of the house where she used to be happy, with the memories of people who didn’t need her anymore. 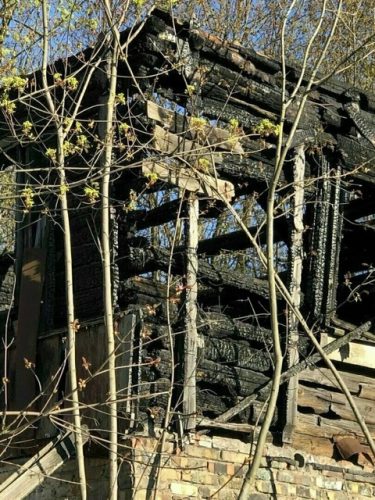 The cat used to go to neighbors’ yards to find food and water. But the homeless life affected her health. She became thin and sickly. 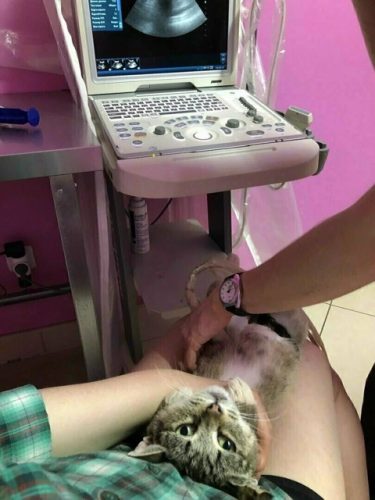 A woman who lives near the burnt-out house told me about the cat on the phone. Already looking at the picture I understood that the cat was very bad and it was necessary to take it from the street. The vet confirmed my hunch. The cat had dozens of illnesses, from ear infections and gastrointestinal problems to liver problems. 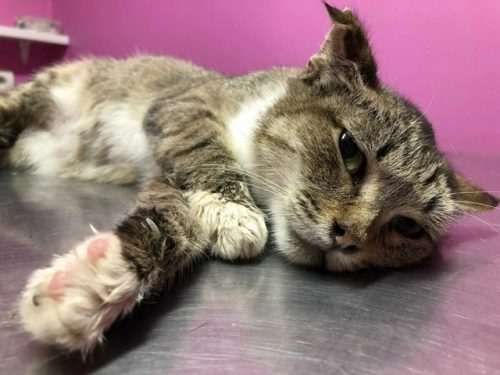 Taking medications did not give any results. Tests showed severe inflammation. Doctors urgently removed the cat’s remaining teeth and spayed her. 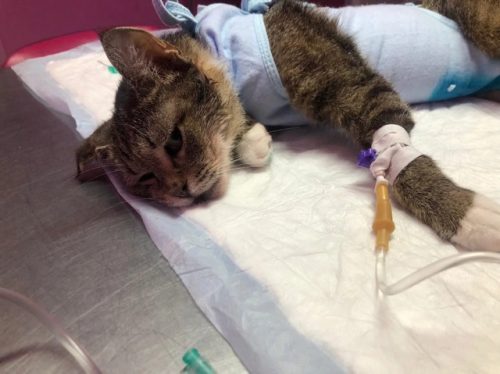 Street life has turned a cat’s mouth into a veritable Petri dish. Therefore, tooth extraction was one of the best ways to overcome the inflammation. A serious uterine inflammation was also discovered, and spaying helped manage it. 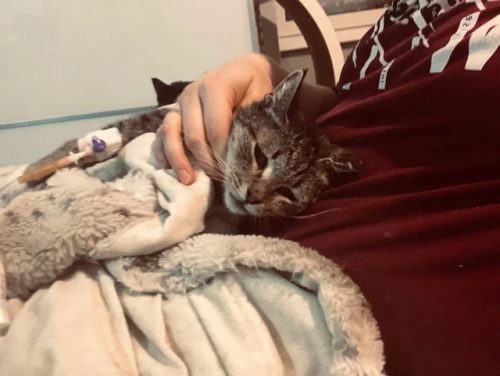 At the end of this course of treatment the cat will need to be tested again to see the dynamics and to understand whether it was able to cope with inflammation.