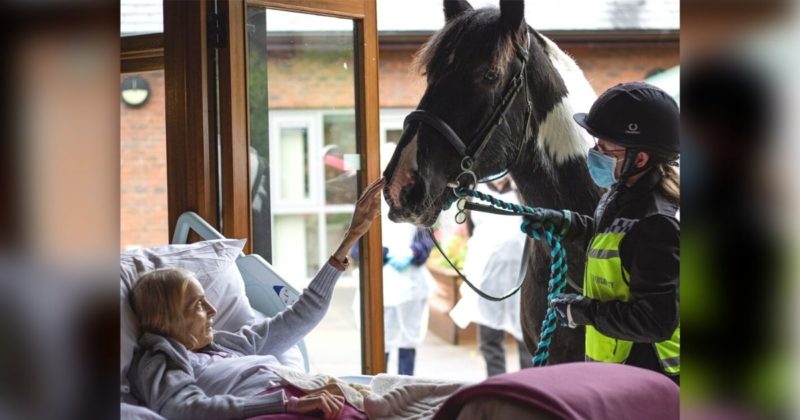 Jan Holman is an animal lover.

After a fatal illness, she had to leave the animals she loved so much.Two spaniels and a horse named Bob have been a part of her life for a very long time and can be said to be her family. 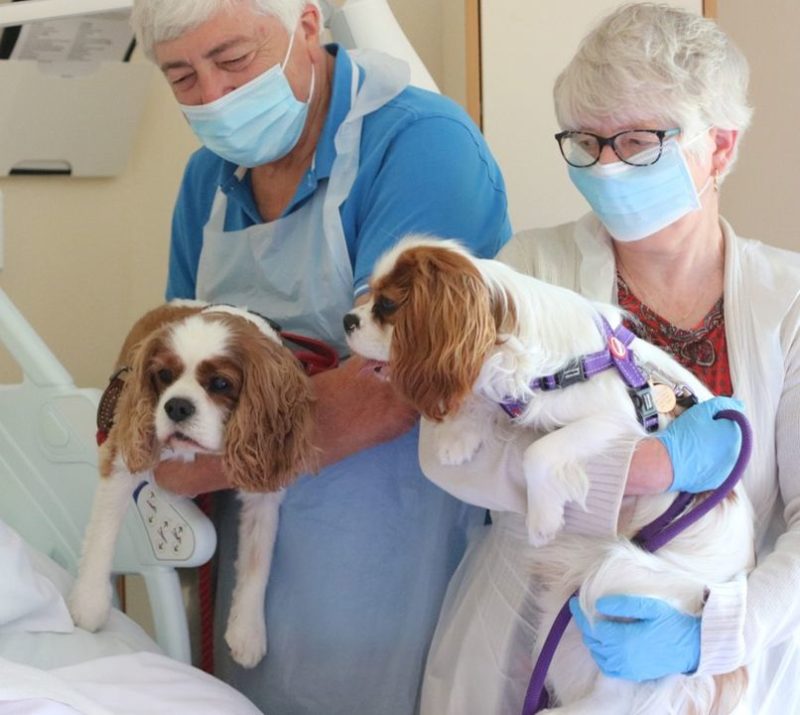 The British woman was taken to Hospice from the hospital where she was.

It had been  six weeks since she had seen a horse and two dogs. She might even think that she would never see them again. 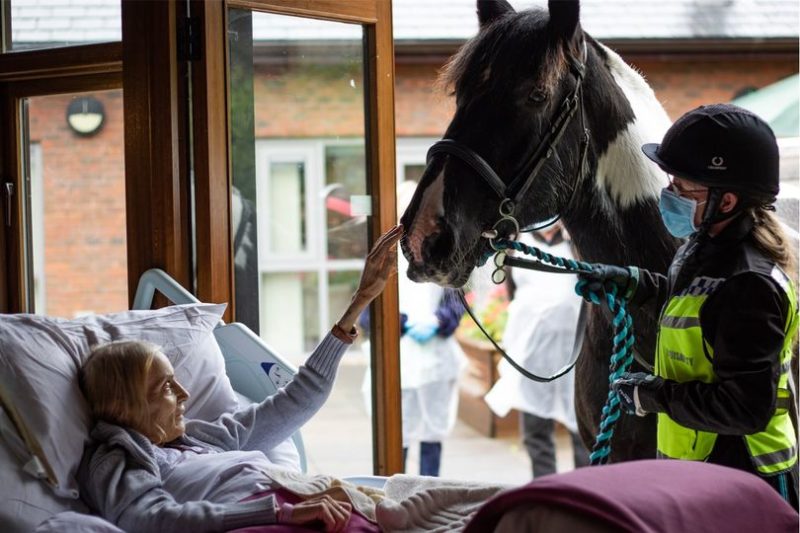 People working at the hospice learned how important animals are to Jan. So they arranged a big surprise for her.

Two dogs were brought to see her and say goodbye to her.

The last thing the woman expected to see was Bob.

It was a huge surprise for her. In hospitals, small animals such as cats and dogs are sometimes allowed indoors. But a horse is incredible.

Nevertheless, they managed to do it.

The meeting took place on the terrace of the hospice. Jan was happier than ever. 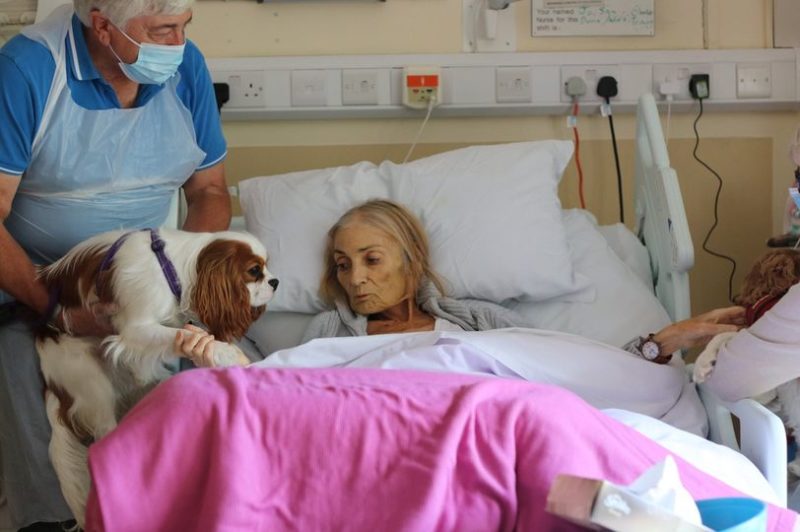 Bob was her favorite horse, which she rode many times. Seeing her horse after a 6-week break, she felt very comfortable.