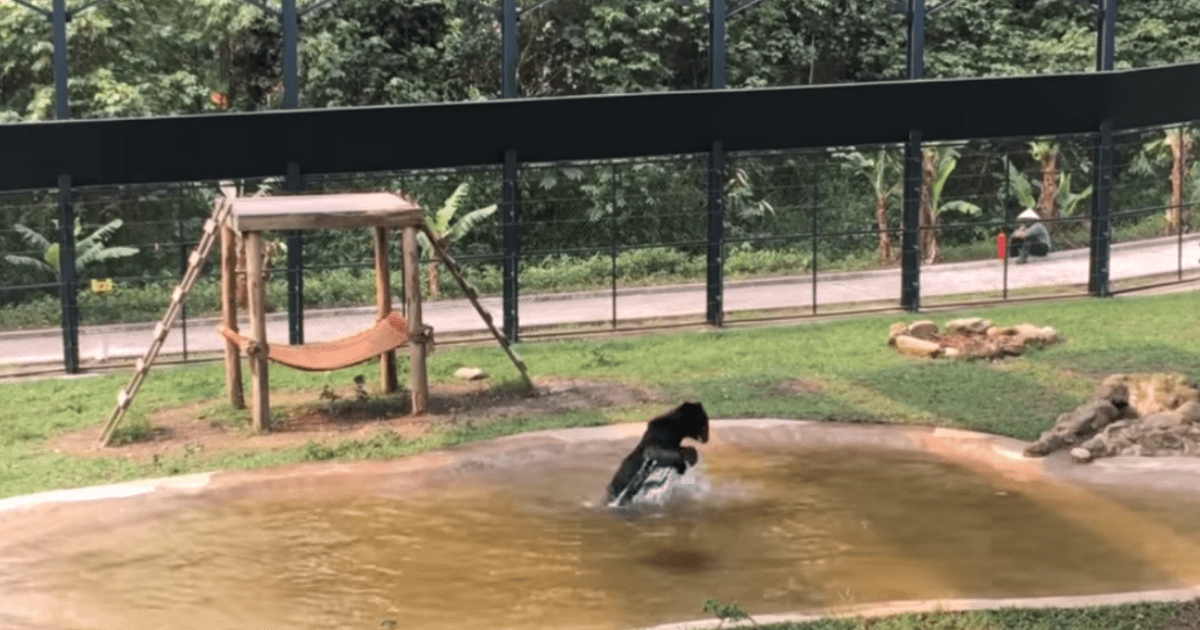 If you want to see the true face of happiness, just take a look at the moon bear Tuffy having the time of his life at his new sanctuary. This poor bear’s life was a tough one.

The poor bear spent most of his nine years in a tiny cage at a bile farm. At these farms, workers extract bile directly from the bears’ gallbladder to use in traditional medicine. This process is incredibly painful, and it requires the bears being strapped into a ‘torture vest.’ 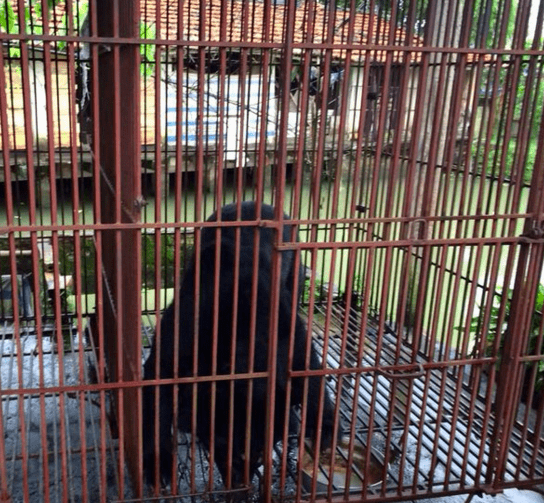 Tuffy’s gallbladder was severely damaged and had to be removed, along with some of his teeth, while his paws were sour and cracked.

“The cracked paws are common to bile farm bears as they only walk on bars, not grass. Dehydration is likely to have contributed to this too,” Animals Asia Bear Manager Louise Ellis said.

Fortunately, all of it came to an end, when some bighearted people learned about his miserable life and went above and beyond to set him free. Thanks to Animals Asia, a Hong Kong-based charity group, this kind soul has a new chance to life.

After they have rescued him from the bear bile farm where he was kept in captivity, the rescue team has taken Tuffy to one of their sanctuary in Vietnam. Though he was not in the best condition as he had multiple teeth fractures and damages, the poor bear looked so relieved that he finally got the chance to a free life. 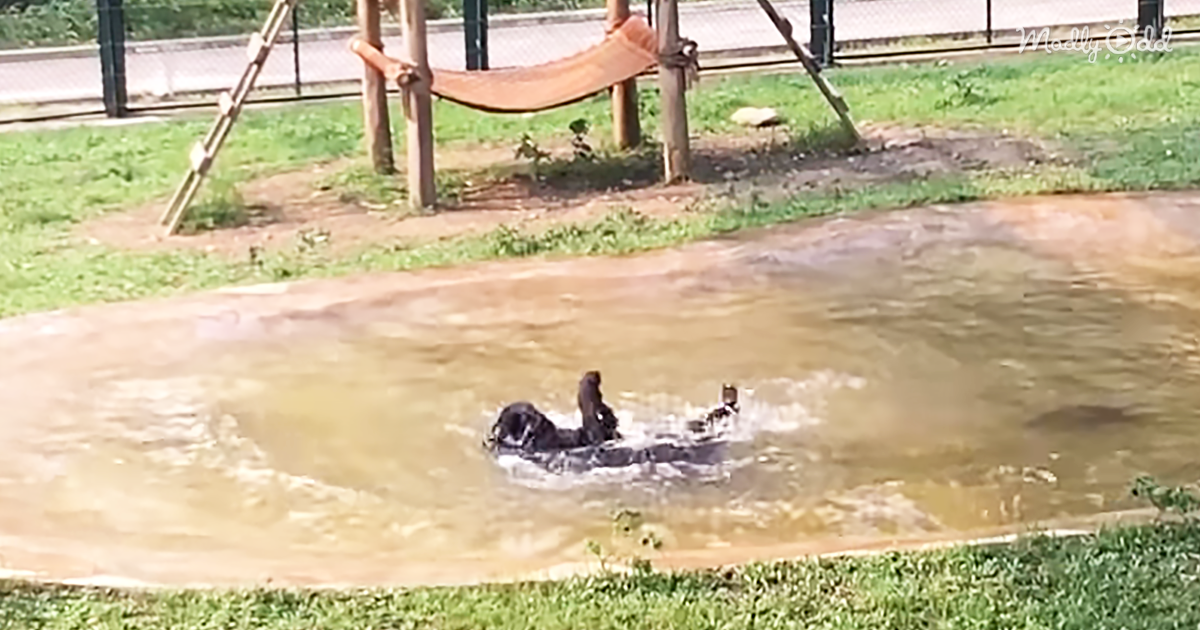 Tuffy initially undergone surgery, and soon after he fully recovered, the caring volunteers at Animals Asia charity introduce him to his new home. As soon as Tuffy got to his enclosure, he made a beeline for the pool. The bear had never seen water before, and he was so excited to splash around in it.

The bear swam around the pool and jumped up and down, having an amazing time. The volunteers laughed as they watched him—they were so happy to see the bear enjoying himself.