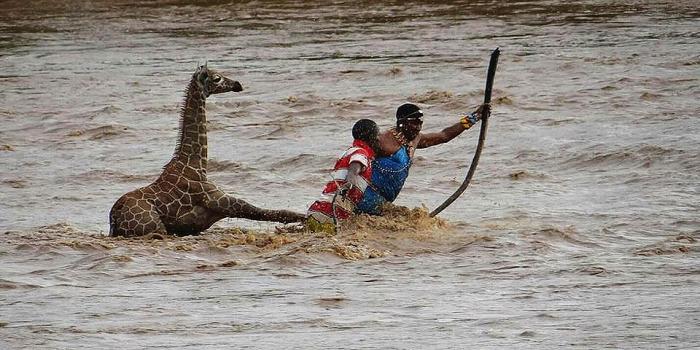 Things were not going well for a wild giraffe in Kenya after it got stuck in the Waso Nyiro River. The animal was stuck in the middle of the river for about four hours.

There are many crocodiles here. So the life of the giraffe was in danger. The river had strong currents and the baby giraffe was in a hopeless state. 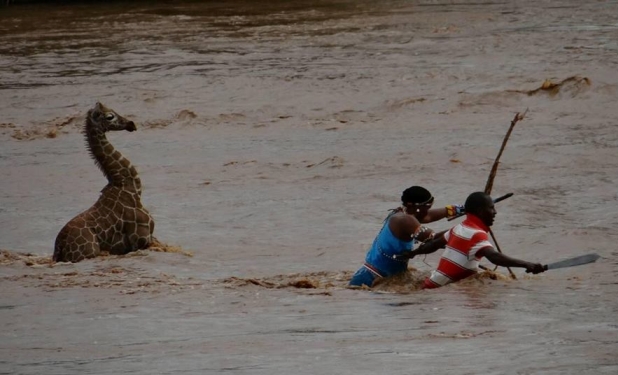 A group of brave rescuers risked being attacked by crocodiles and rushed into a river with a fast current to save a giraffe. The giraffe’s long legs were clamped by dead branches. So people came out with machetes to cut the pieces of wood. 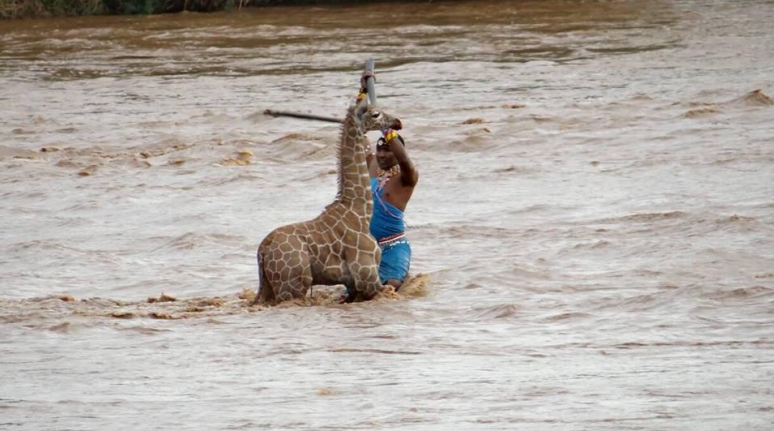 They could hardly save the baby giraffe.

Thanks to these brave people the giraffe lives his life happily. This type of giraffe is on the edge of instinction in Kenya. They are called Massai giraffes and there are nearly 35,000 which remain in the wildlife. 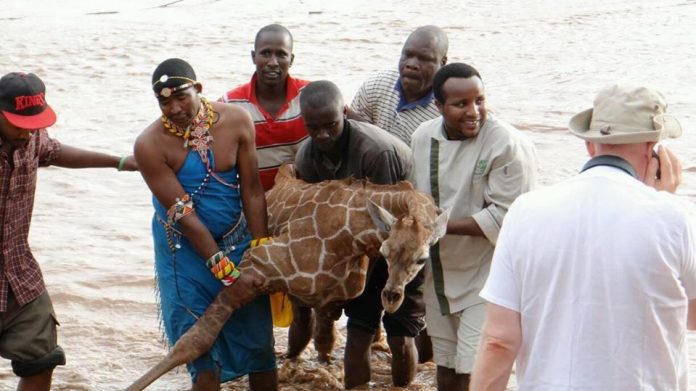