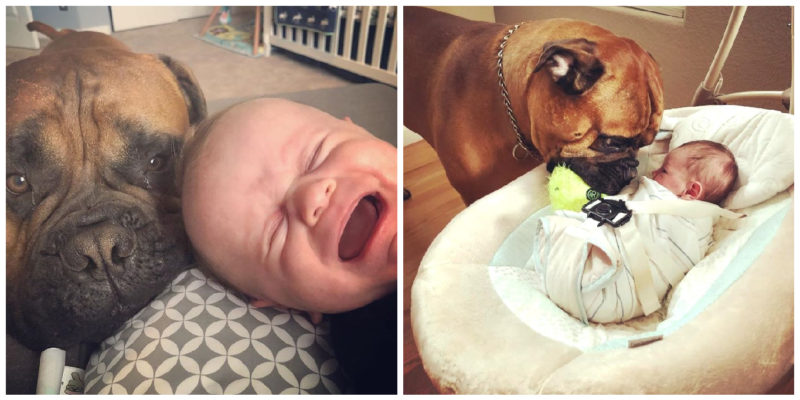 Brutus got his nickname not in honor of a historical figure, but a comic book character.

He was already two years old when an important event happened in the family – the couple had their first child. Bonnie Michalek says that the dog expressed his special affection for the new family member even before his birth. He never left the pregnant owner’s side, and even tried to spend the night next to her right in bed. 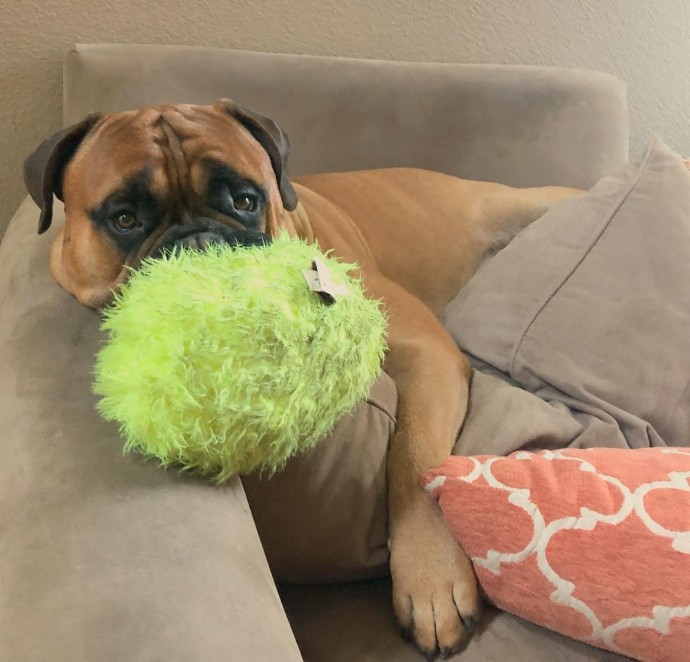 After being discharged from the hospital, the young mother spent several weeks at her parents’ house. And when a basket with a slightly grown-up Kayden appeared on the horizon, Brutus rushed to meet his “little brother” with all the enthusiasm. He covered the baby’s face with kisses, and since then has assumed the functions of a vigilant nurse.

A good-natured dog has only one bad habit. He violently deals with all the toys, but the bright yellow fluffy ball somehow survived. Brutus took a fancy to it as a puppy, and what a surprise it was when he heard the baby crying, immediately ran and presented him with this most precious thing. And this has now become a familiar ritual that actually calms Kayden. 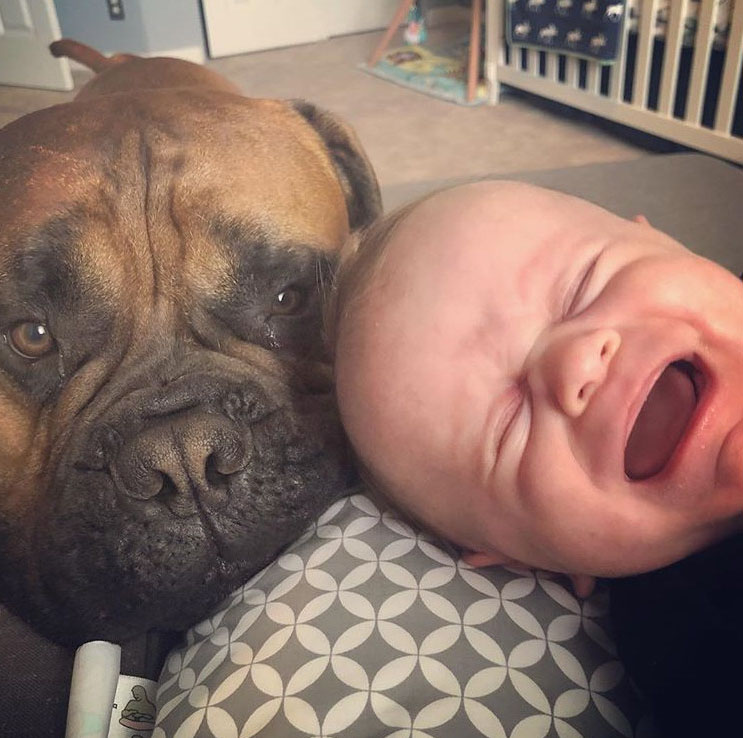 While the newly-minted parents share with the dog the care of the baby. They hope that when their son grows up, they and Brutus will be able to master other toys together. Seeing how affectionately the dog treats the boy, they hope that he will not continue to engage in vandalism. It is already known for sure that in the future the Mikhalek family is unlikely to need a babysitter. After all, every day their dog manages to do all the new tricks that make it possible to verify the professional suitability of a four-legged nanny.