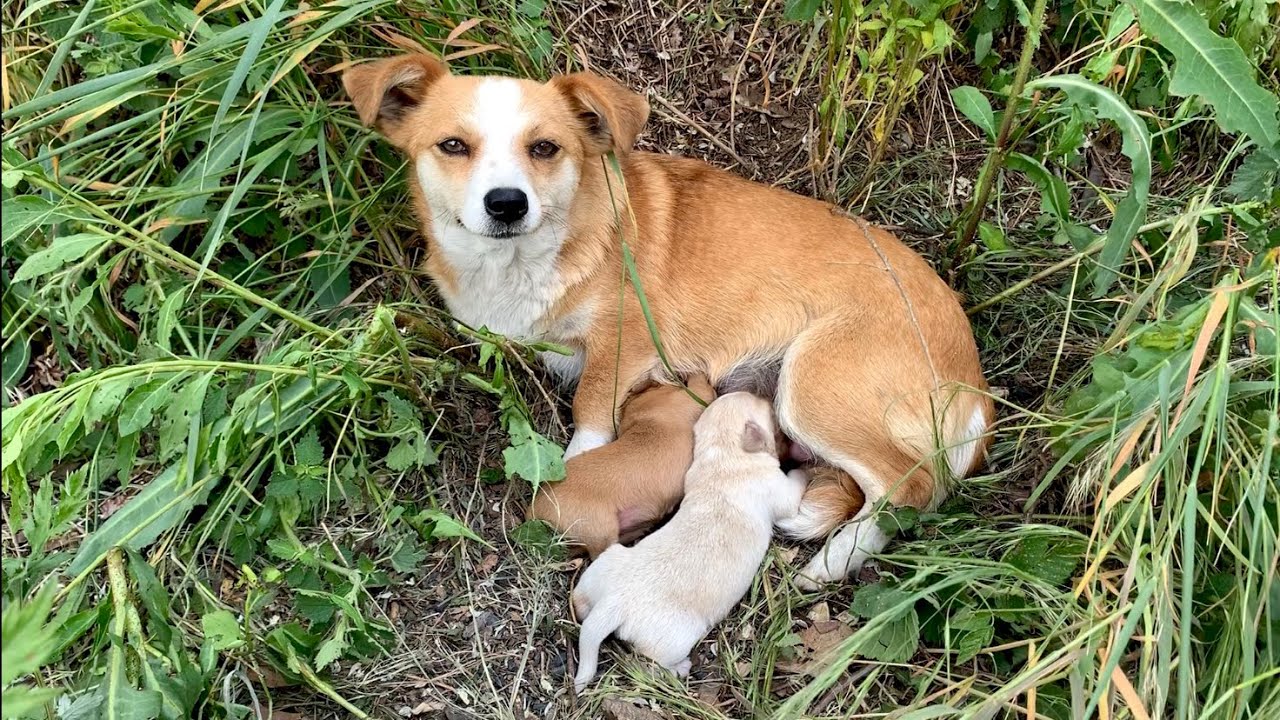 Luckily, there are still amazing people on this planet with a golden heart. Right after Dog Rescue Shelter Mladenovac heard about a dog mama abandoned with her newborn babies, they immediately got on the road. It seemed like the little dog and her puppies were left ruthlessly at a roadside a few days earlier. Some people did try to help, but the dog mama refused any food she was given, she even growled at them. Apparently, the dog was still waiting for her owner, and her owner only.

Things of course didn’t go well as the poor dog hoped. She lay still stubbornly for several days, but her owner didn’t come back.

When the rescuers showed up, the situation had changed. The dog mom seemed a bit depressed. She accepted the help of the rescuers and even ate some food. Maybe she was aware of the fact that she had been abandoned for good. Maybe she had given up waiting.

“She was so sad… Young mom was abandoned with her babies beside the road and she did not move for several days. Her pain broke our hearts. Some people are so cruel,” Dog Rescue Shelter Mladenovac wrote on YouTube.

After feeding the mom, the rescuers continued to search around and found a total of three puppies whose eyes weren’t even open yet. Before leaving, the team didn’t forget to dig around one more time to make sure that no more dog would be left there. The dog, later named Moli, and her little puppies were taken safely to Dog Rescue Shelter Mladenovac’s facility, where they can now live peacefully, and be loved. Hopefully, Moli and her kids will find a new home soon. We had no idea. Celebrities who donate millions to charity
Not everyone knows that stars do not always spend their hard-earned money on entertainment.
CELEBRITIES 0 54

A bear destroyed the interior of a crossover vehicle while trapped for hours
A California resident found a wild bear inside her Range Rover. Vicky Constantini claims
ANIMALS 0 13

At 37, Cristiano Ronaldo still lives with his mother to care for her — She worked 7 days a week to buy him his first shoes
Did you know that the soccer world was almost deprived of the talent of
LIFE STORIES 0 23