Between the trailers, Carmen saw this baby, whose condition plunged her into real horror. The kitten looked like it was only a couple of weeks old. He was soaked, completely covered with mud. Taking him in her arms, the woman realized that his entire coat was teeming with fleas. 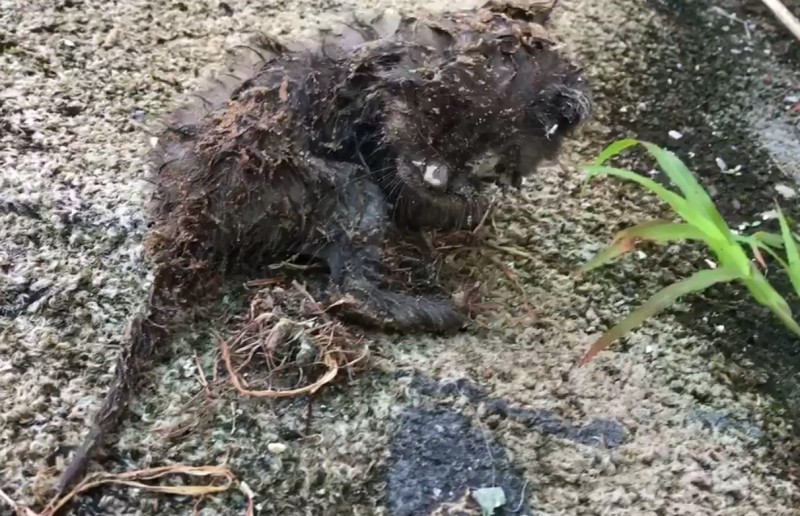 The kitten could hardly walk. He was lying on the dirty ground, and people were passing by who didn’t care about him at all. Carmen wasn’t planning on taking the cats with her. She just wanted to check if they really were in the trailer park. But she also could not leave the baby on the street. 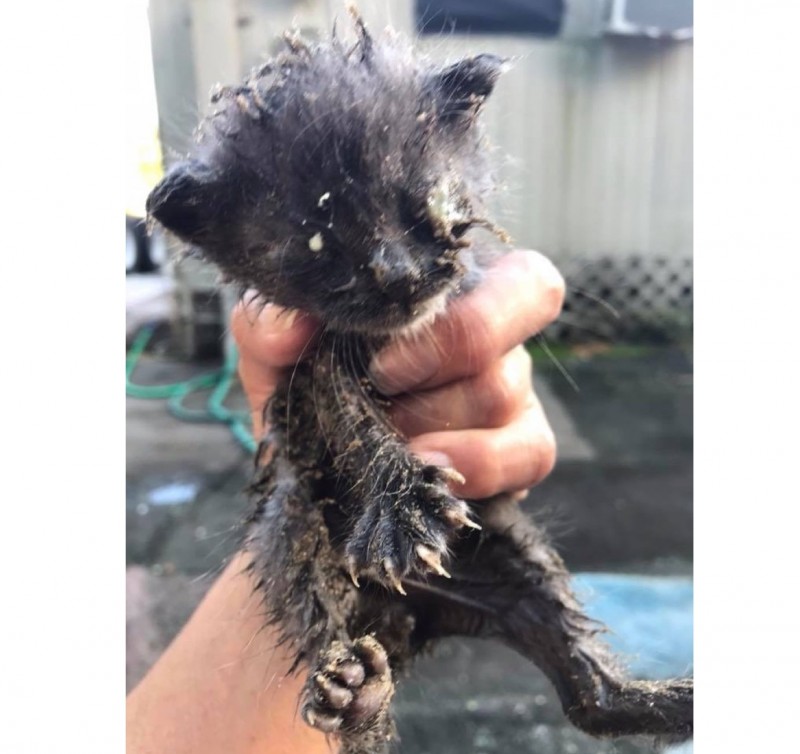 The baby was already quite cold. Therefore, the animal rights activist quickly took him to her car and drove him home. 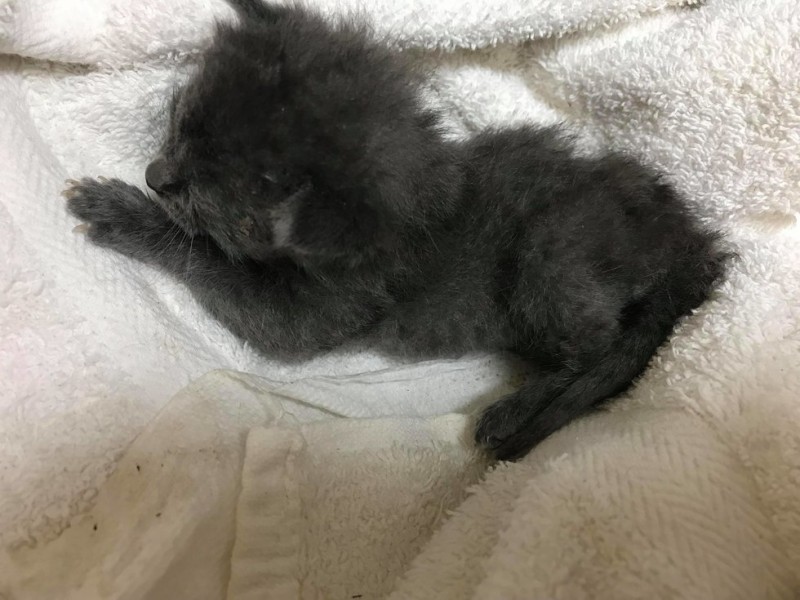 The first thing Carmen did was wash the baby. In addition to dirt, the baby suffered from an eye infection, so his face was covered with crusts. The baby took a bath with the addition of flea shampoo. The woman cleaned his eyes. She named her ward Liam. 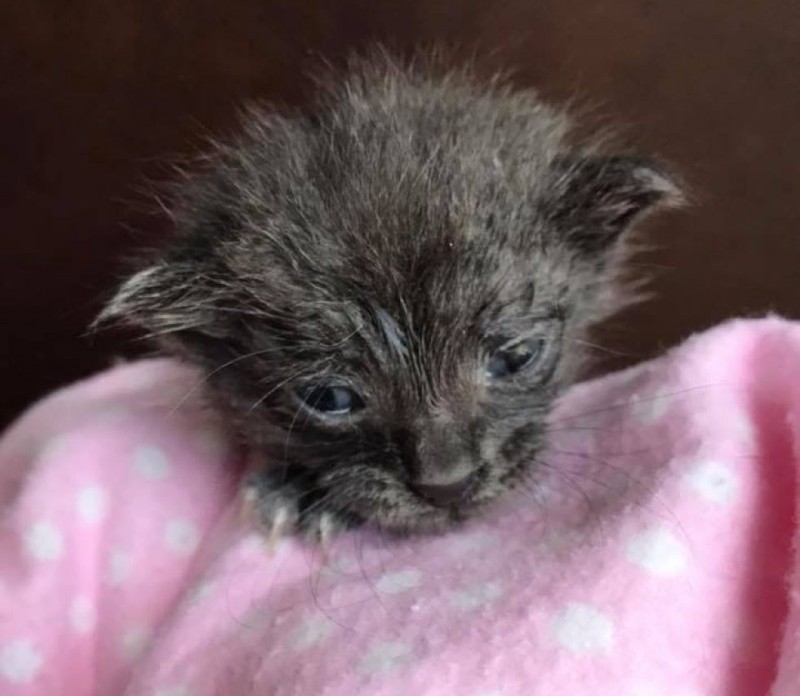 Thanks to Carmen’s care, the kitten on its first night in her house was clean, free of parasites, and also well-fed, which apparently had not happened to him for a very long time. 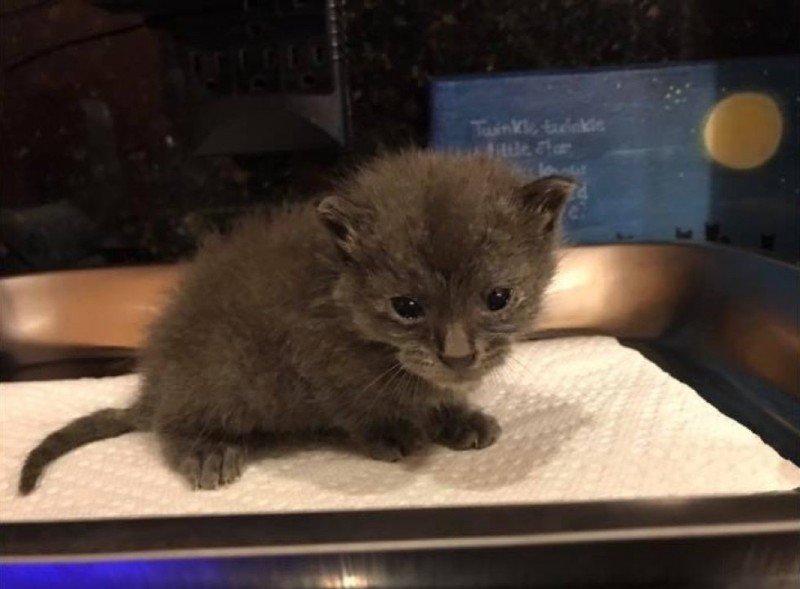 Carmen arranged a cot for Liam. She put a soft toy in it to make the baby feel more comfortable. The well-fed and warmed kitten really liked being stroked. He even began to purr softly, expressing his approval. 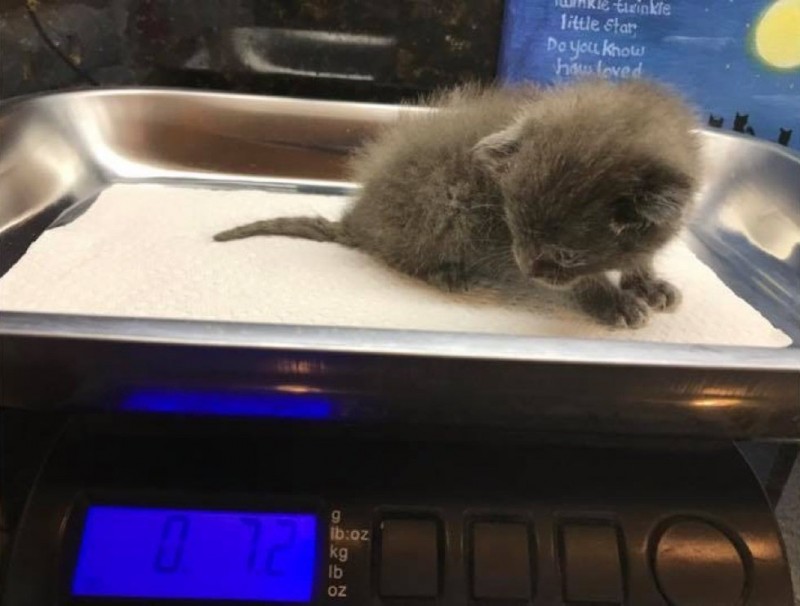 Love and care have created a real miracle. The kitten’s condition improved and a day later he already showed a good appetite. His eyes practically stopped watering, and the scales showed that he was starting to get better. 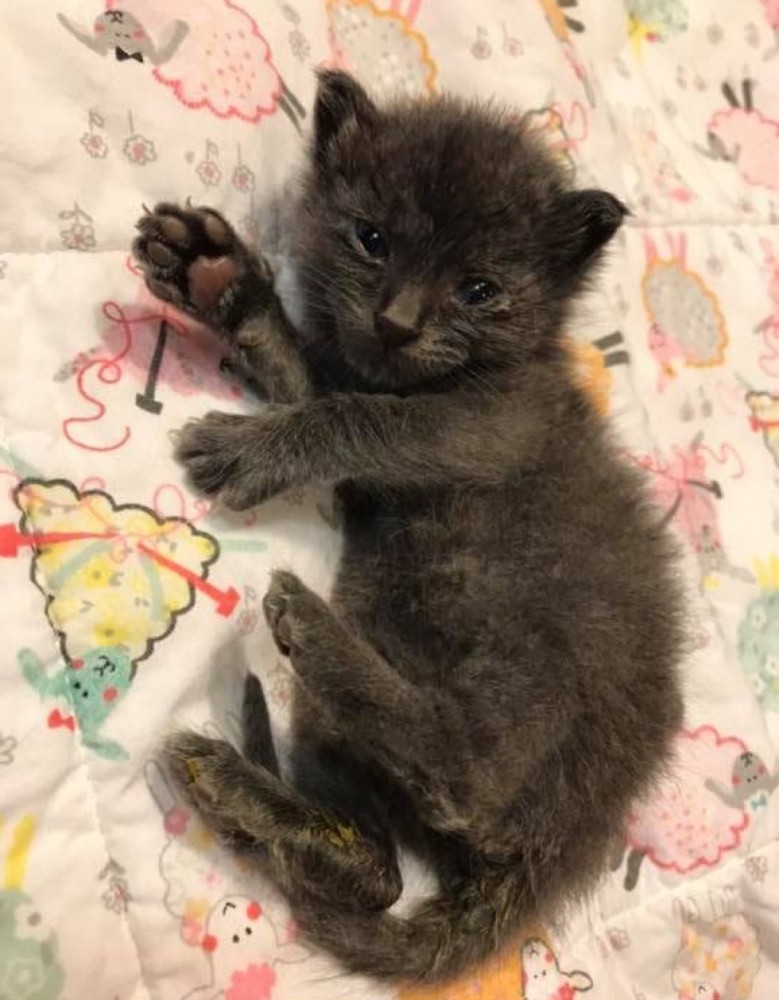 Carmen hopes that the baby will be lucky again and there will be a good family for him who will surround him with care and love. The woman continues her work, trying to find all the stray cats living in the trailer park.