Speleologists exploring the Moore Cave system (Missouri, USA) were not quite prepared for their unusual find. 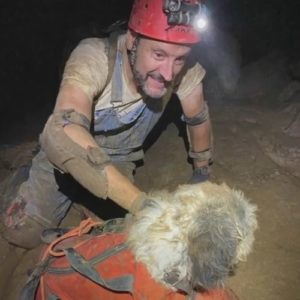 People managed to stumble upon an old dog by chance, which appeared to have been in the cave for a long time. The place where the animal was found had running water and was full of both fish and crustaceans. But even without the problems of hunger and thirst, the dog was clearly suffering from the lack of light. So it is amazing how it managed to survive. 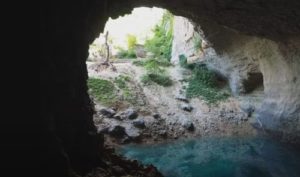 Rick Haley and Jerry Keene said that the animal they found was very happy and was fully cooperative. The rescuers, who had put the dog in a gym bag, managed to first pull their burden out through a narrow opening and then overcome a vertical ascent with it. 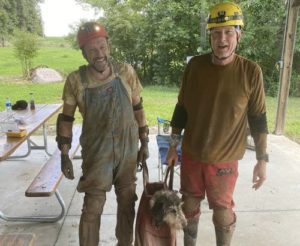 But even once the dog was safe, the problems were not over. They had to find out if the animal had owners. Rick and Jerry had to go door-to-door in the neighborhood. And the search was successful. 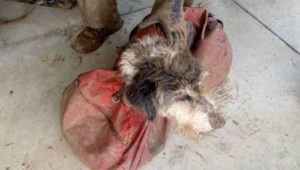 The dog, named Abby, was reunited with her owner. The delighted woman confessed that she had never expected to see her pet alive. After all, she disappeared from her home two months ago.