Eight years ago a big businessman decided to change his life drastically. Owning a big business, the man spent money on expensive “toys” and never thought about charity.

Everything changed by a chance encounter on the road … 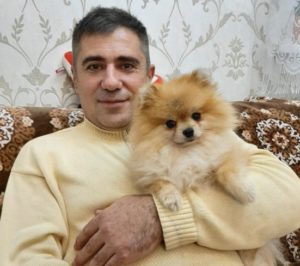 “I was on my way to the negotiations and suddenly saw a frozen dog with a rope around its neck on the side of the road. Something tickled inside. I instinctively stopped and opened the car door. The poor dog jumped right in. She looked terrible. I had to go to the vet, and postponed my client meeting. Mrs. Jinkins has been living in my house ever since,” the man said.

That incident fundamentally changed the man’s life. He could no longer pass by abandoned animals – he took them all home with him.

Today the former entrepreneur lives in a small house, where he moved with his family from the capital. He sold the business, real estate and a fleet of fifteen cars and built shelters for dogs. 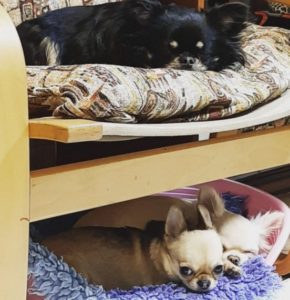 “These are spacious living quarters with a heating system and good double-glazed windows. I’ve seen enough of animal shelters. There’s nothing good about them. The dogs sit in filthy cages for the most part. They are cold in the winter and hot in the summer. So I can say that I do not have shelters, but homes. They are cozy and warm. 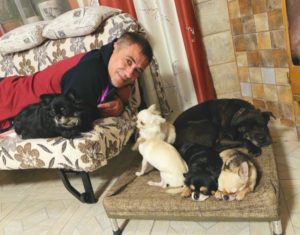 Over time, the man takes the animals into good hands, using the connections he has made in recent years. And he has many friends! Volunteers from all over the world repost pictures of the found animals and post them in their accounts. 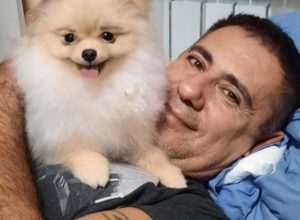 “I am often informed about abandoned and sick dogs. In such cases, I simply get in my car and go to rescue them. Once I had to drive 1,500 kilometers to save the lives of seventeen dogs. I found out about it by chance. I got in the car and drove. A dog is the only animal that cannot live without humans. So I help them,” says the man. Now he has 46 dogs.