Does it happen that in their old age people take children into care? Such cases are extremely rare, but in animals it is in the order of things.

Three small puppies aged 1.5 months independently descended from one of the populated areas located in a mountainous area. They saw an adult dog guarding his food. 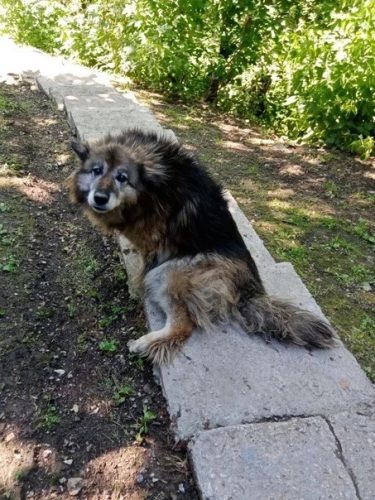 Few people lived in this settlement. Mostly they were summer residents. They often left, leaving such crumbs to the mercy of fate. Let’s not guess where these babies came from. After all, what is the difference in essence? 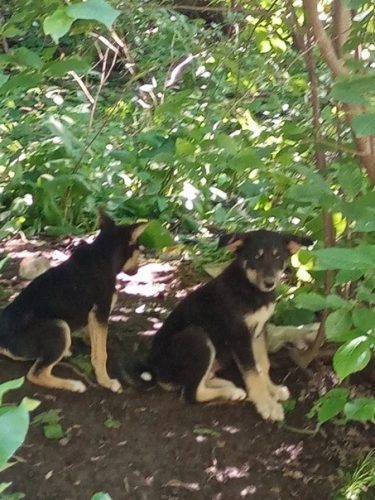 Once upon a time, a dog named Pirate came to live in this area himself. Then he got hit by a train and stayed on three paws. Then the poor dog barely survived. It’s not easy for him to live now. The poor sick dog has been crawling through the mountains for 6 years. 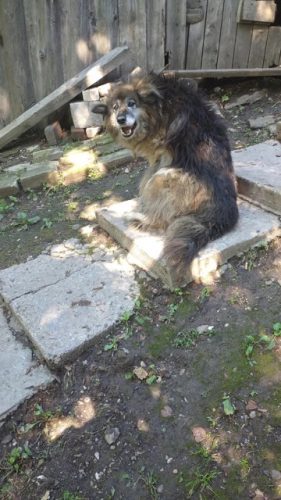 One day Pirate was lying near his bowl. Suddenly three skinny puppies came up to him. The kids were very hungry, so they approached a dangerous distance to the big dog. At that time, the hunger of the puppies prevailed over other instincts and self-preservation did not work. 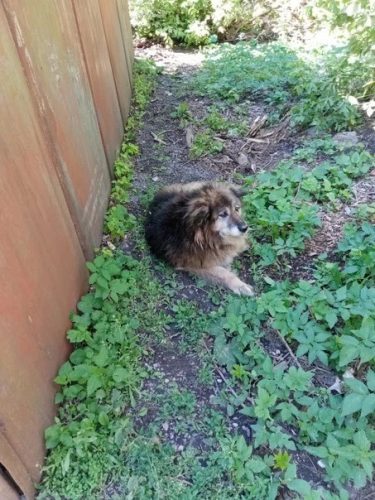 Рirate was lying under a bush, and there were dishes with food nearby. Probably the puppies came to the smell. 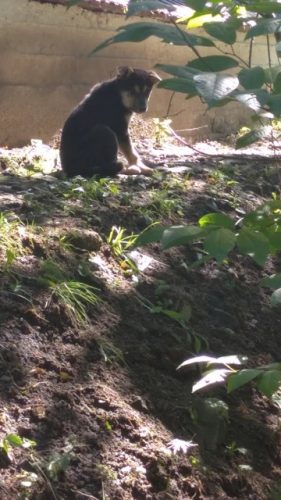 The dog did not like the approach of uninvited guests. But the kids did not understand this. They were getting closer. Pirate is a lucky dog. He survived, because sometimes he was fed by caring elderly people who lived in this area. 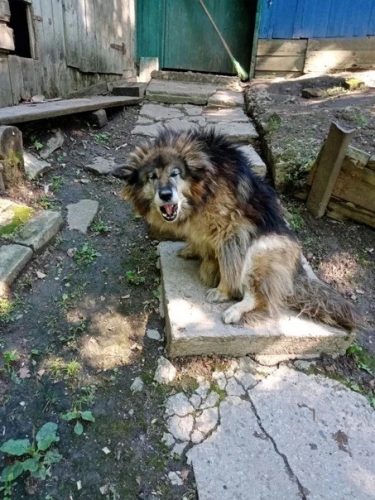 The story was told to us by my grandmother. She said that recently Pirate brought crumbs to her.

The woman complained of feeling unwell. She said she was leaving for her daughter soon, but there was nowhere to put Pirate and the kids. 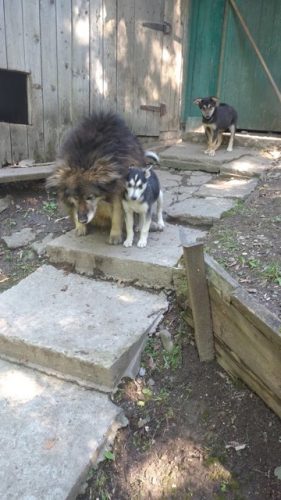 Despite the fact that these are not her dogs, the old lady was very worried about them.

Now the life of this hero dog and little puppies depends only on us. Only caring people can save the lives of these creatures.