That day was very hot. The dog waited quietly for me and my son to get ready for our walk. When we came out, Chuck immediately ran to look around the nearest bushes. I began to rummage in the garden, and Artem went for a ride on his bike.

I decided to take a little break, sat on a bench and began to watch Artem with amusement. My son was riding his bike, and Chuck was running beside him.

Deciding that the dog might accidentally push the boy, I called Chuck to me. he put his head down and started walking in my direction, sat down next to me, but continued to watch Artem intently.

I went back to my garden and lost sight of my son for a second. At the same second, there was an anxious bark. I turned around to where the baby was playing a moment ago, but he wasn’t there. 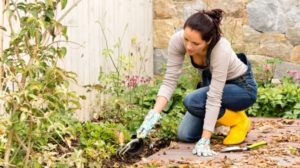 Immediately I rushed to the sound of barking. My heart was jumping out of my chest. As I rounded the corner of the house, I saw this picture: Artem had climbed a high ladder and could have fallen down. Chuck stood like a guard with a worried look on his face and kept barking. After I took Artemka down the stairs, Chuck happily rushed to him. He started licking the boy’s hands and wagging his tail, and then suddenly growled. But the growl was kind, the dog was just expressing its displeasure at the little boy’s behavior. 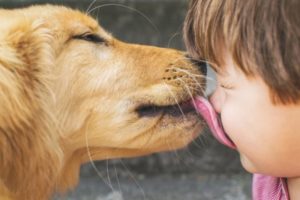 I hugged my son and Chuck tightly, tears came to my eyes as I did so, and my heart kept jumping out of my chest. I couldn’t stop thinking about what might have happened if it hadn’t been for the dog. It was scary to think about.

— Good job, Chuck,» I whispered and scratched the dog behind the ear.

I know there are rescue dogs, but they’re trained for it. Our Chuck doesn’t have that ability, and yet he sensed that his little friend was in trouble and started calling for help.

Now I know that my little boy has a guardian dog.

ANIMALS 0 42 views
Six years ago Jay found a little kitten in the street. The animal was

ANIMALS 0 45 views
Chloe the cat lived 13 years of her life together with her beloved owner.

ANIMALS 0 75 views
This story happened in London on Christmas Eve. The bus driver was nearing the

ANIMALS 0 51 views
A dog named Sema could not see. Since birth, Sema and his mother had

The cat really wanted to find an owner and raised its paw to every passerby
Chloe the cat lived 13 years of her life together with her beloved owner.
ANIMALS 0 45