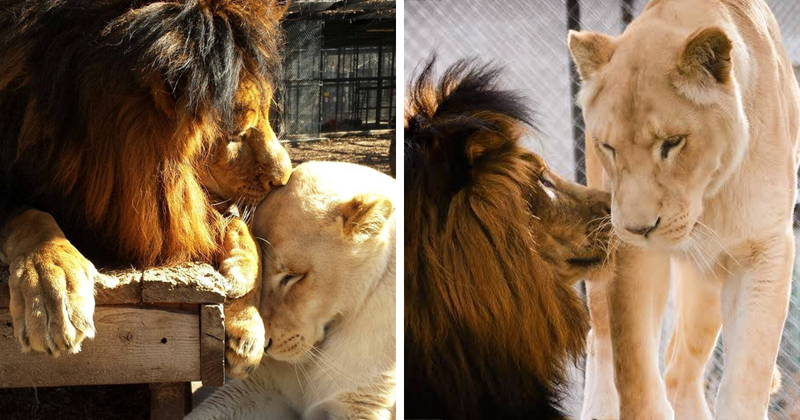 The story of the rescue of two dying lions has turned into a real fairy tale with a happy ending. Thanks to animal defenders from Texas, the lions not only managed to survive, almost tortured to death by a knacker, but also found their happiness by falling in love with each other. Still, miracles sometimes happen. 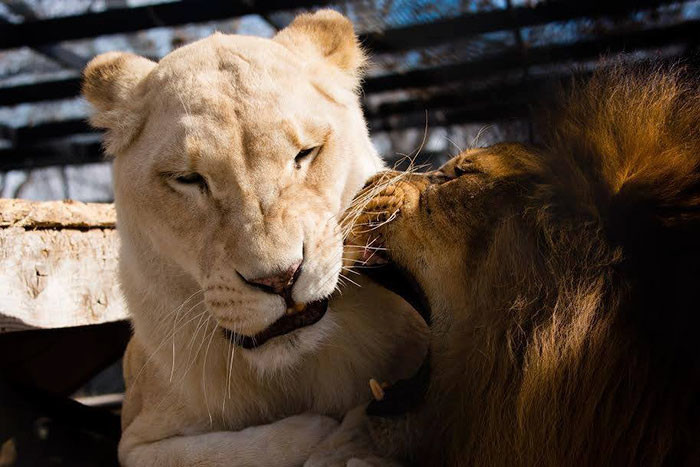 Sheila was 15 months old when animal rights activists from the Texas Center for the Protection and Rescue of Wild Animals took her from the hands of the owner, who rented her out for parties and photographing. He wasn’t following her at all. When Sheila got to the veterinarians of the center, she was literally dying. The lioness could not get up and did not eat anything.She she’s been vomiting. 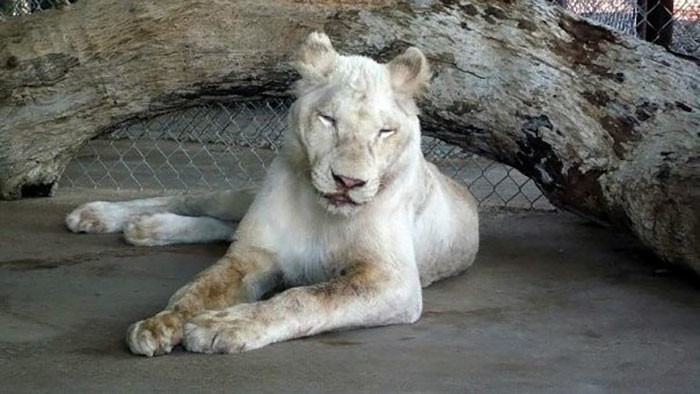 The case seemed hopeless. But the staff of the center still decided to try to save Sheila. For two weeks they literally fed her by hand. They rolled small balls of fresh minced meat and pushed them down her throat. Their efforts were not in vain. Soon the lioness felt better. And after a few weeks she completely recovered. 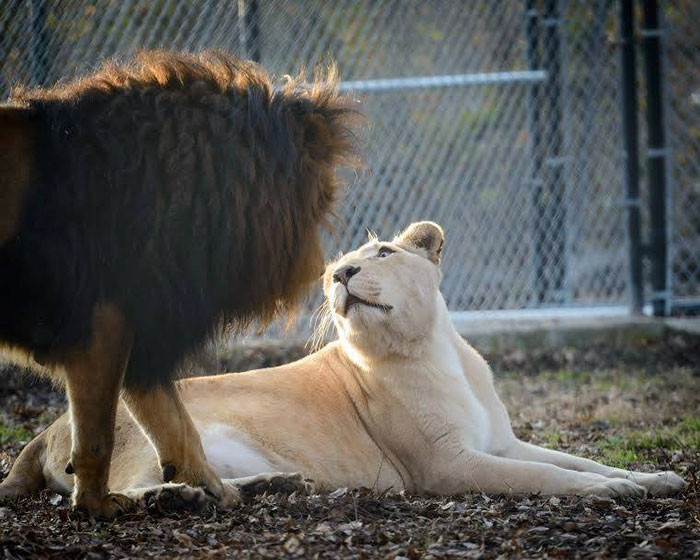 They decided to introduce the recovered lioness to Khan, a six-year-old lion who lived in a neighboring aviary. He was taken from the same owner six months earlier. Then Khan was also in a serious condition. Due to poor nutrition, he had digestive problems. In addition, the tip of the lion’s tail was chewed off. 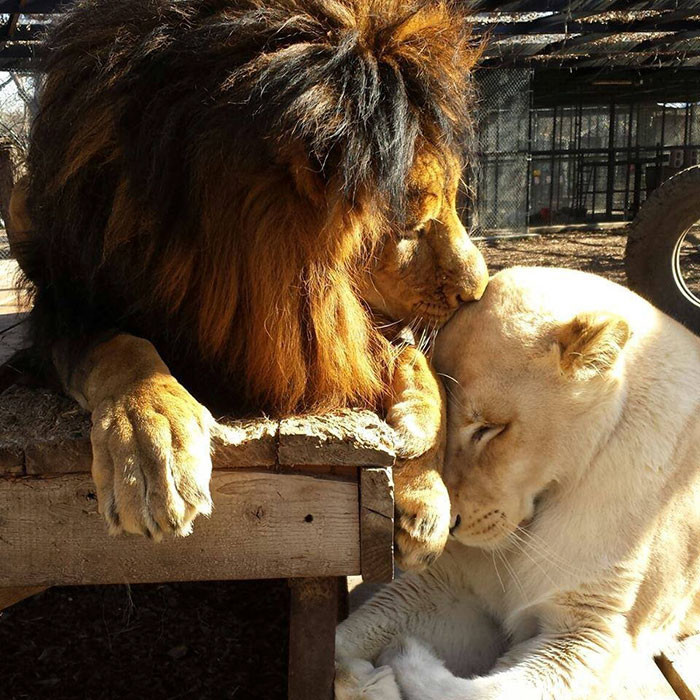 It was love at first sight. The lions just couldn’t tear themselves away from each other.

Seeing that Sheila and Khan do not show aggression to each other, the staff of the center allowed them regular visits.

Soon the visits of the lions became daily. They no longer needed to be monitored, controlling that they did not cause injuries to each other. And soon animal rights activists realized that it would be better for the animals to live together.

After three months of dating, Sheila and Khan were transferred to the same aviary. 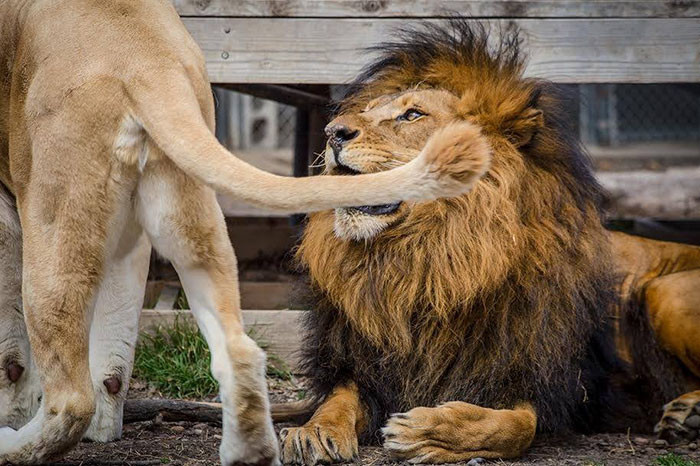 Since then, the lions in love have not parted for a minute.They just adore each other!

Surely they would be pleased to know that their former owner was deprived of a license to keep exotic animals.

Well, Sheila and Khan will now live together happily ever after! 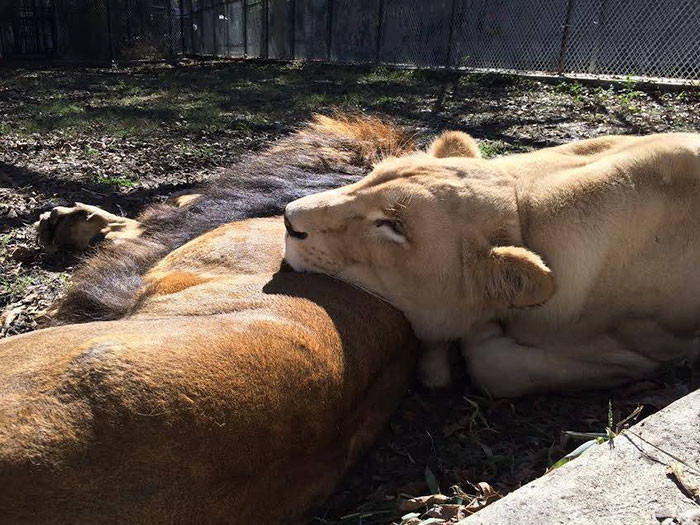