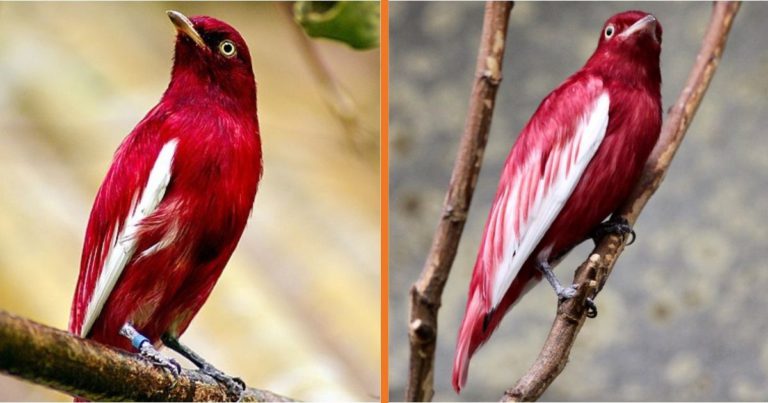 As often happens with birds, nature treated the males of the decorated pompadour cotinga (Latin Xipholena punicea) with greater favor, giving them bright purple plumage, shimmering under the South American sun. The fringe of dark red feathers effectively contrasts with the snow-white wings of the males, attracting everyone’s attention. Whereas the females got a boring gray-brown outfit. 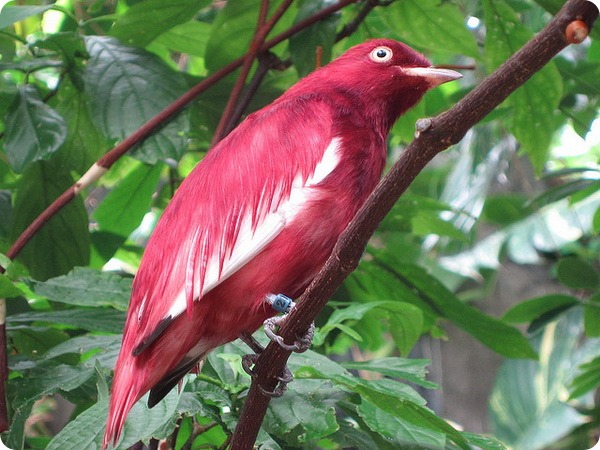 The decorated pompadour cotingas, which live in the rainforests of Colombia, Brazil, Ecuador, Venezuela and Peru, do not differ in constancy. Self-confident males can mate with several partners at once and are never interested in the fate of their future offspring. To impress the females, the cavaliers arrange improvised duels among themselves. 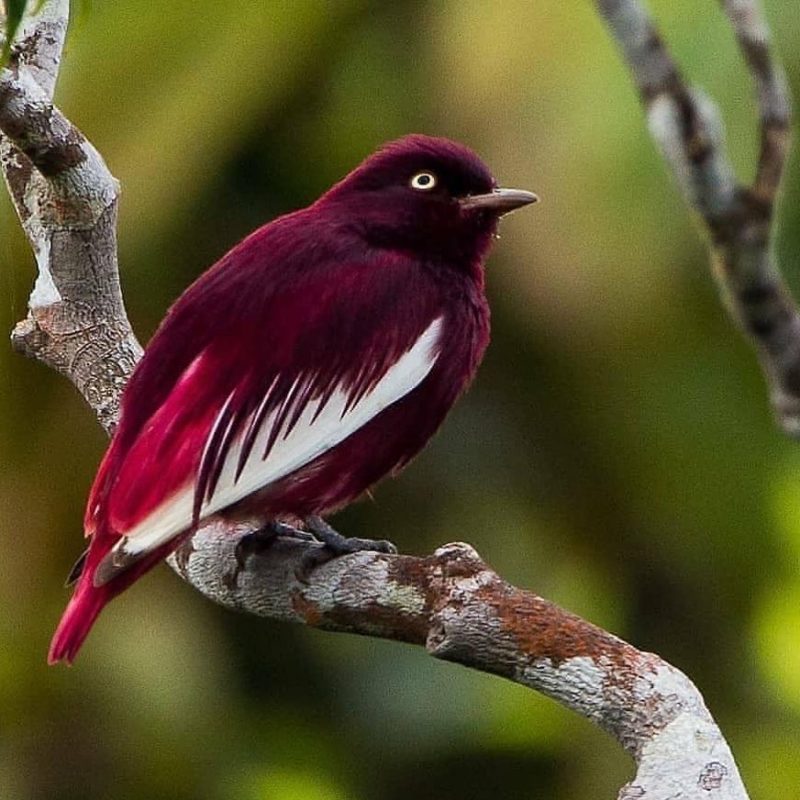 Having climbed to the upper floors of the rainforest, feathered artists chase each other over the crowns of trees.

After mating, the male of the decorated cotinga returns to his former carefree life. And the female builds a small nest in the fork of the branches, just for one egg. 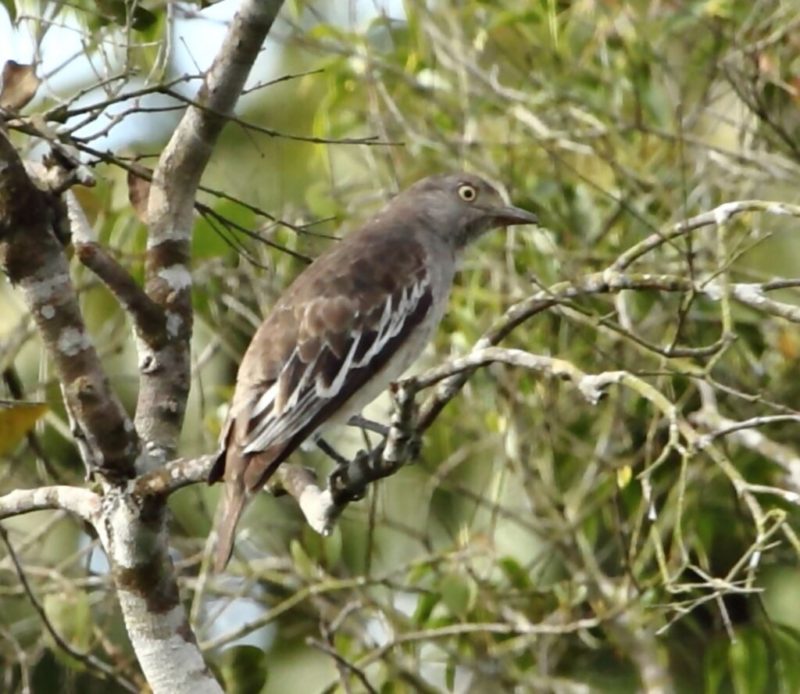 Females of decorated coting pompadours are more sociable. In search of food – insects and fruits – they often join small flocks of other small birds. Whereas males prefer to do everything alone. The voices of the decorated cotinga pompadour are not as attractive as their appearance. And the songs are a set of sharp, abrupt sounds.