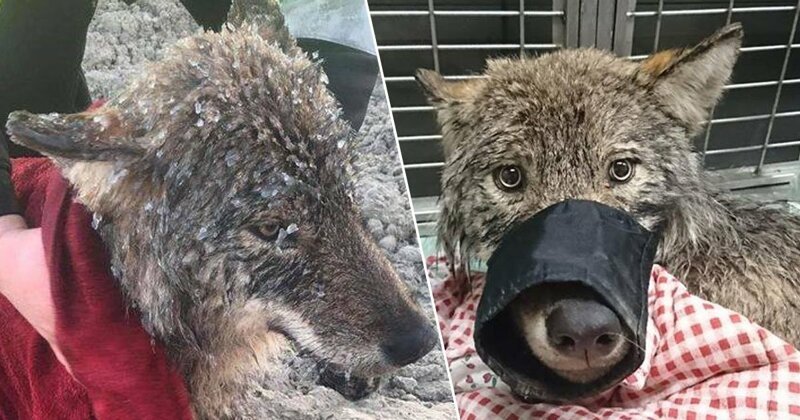 In Estonia, three workers helped a dog get out of an ice trap.The animal fell through the ice and kept afloat with the last of its strength. The men took the frozen and wet dog to the veterinarians. They said that it was not a dog, but a wild and dangerous animal. 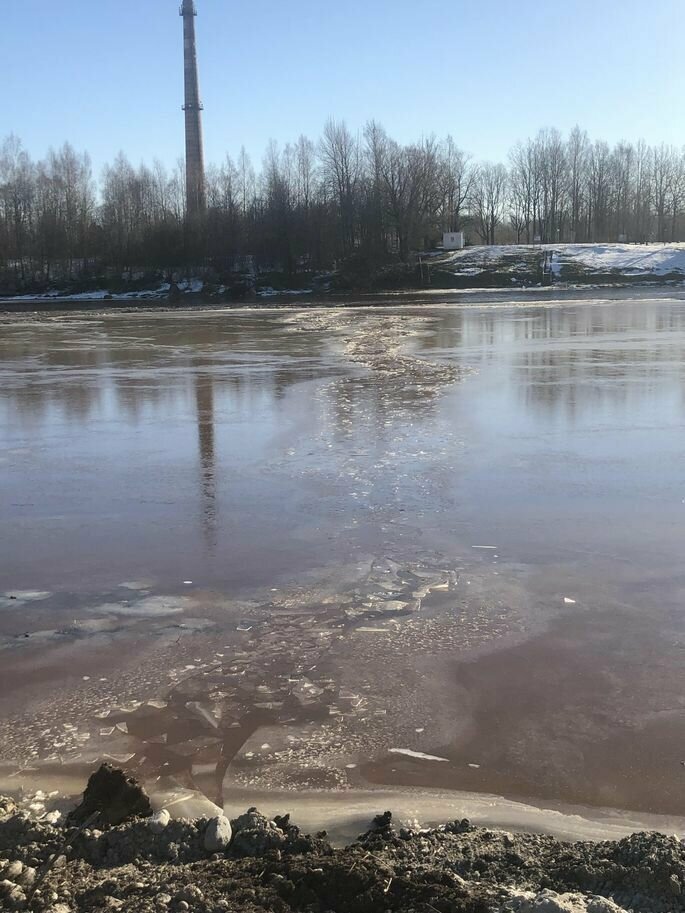 Three construction workers arrived early in the morning at the Sindi Dam. The men were working on strengthening the structure on the Estonian Pärnu River and were already at their workplaces around eight in the morning.

But the day began for them with a rescue operation. The workers noticed that a dog was floundering in the middle of the river. Apparently, he tried to cross the river, but the thin ice could not withstand his weight and he failed. The dog was trapped and could not get out of the water. The men immediately rushed to the aid of the poor animal. They cleared the way to the shore from the ice and helped the dog swim out of the water. 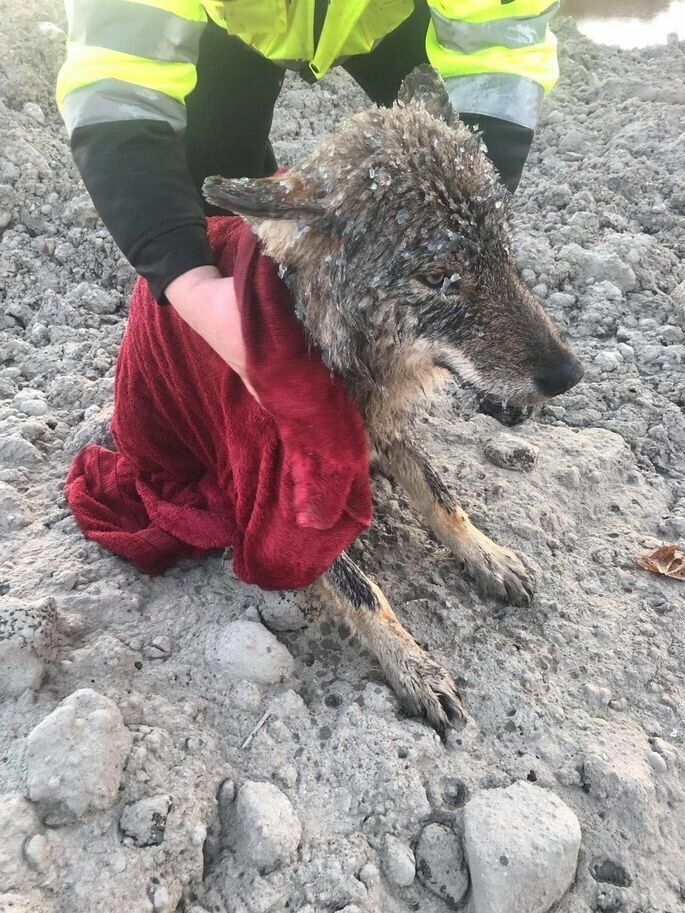 The dog was shaking from the cold, his fur was covered with ice. The men tried to warm him up somehow. The dog endured all manipulations over himself calmly, apparently, fatigue affected. No one knows how many hours it spent in the water before it was discovered by the builders from the dam. 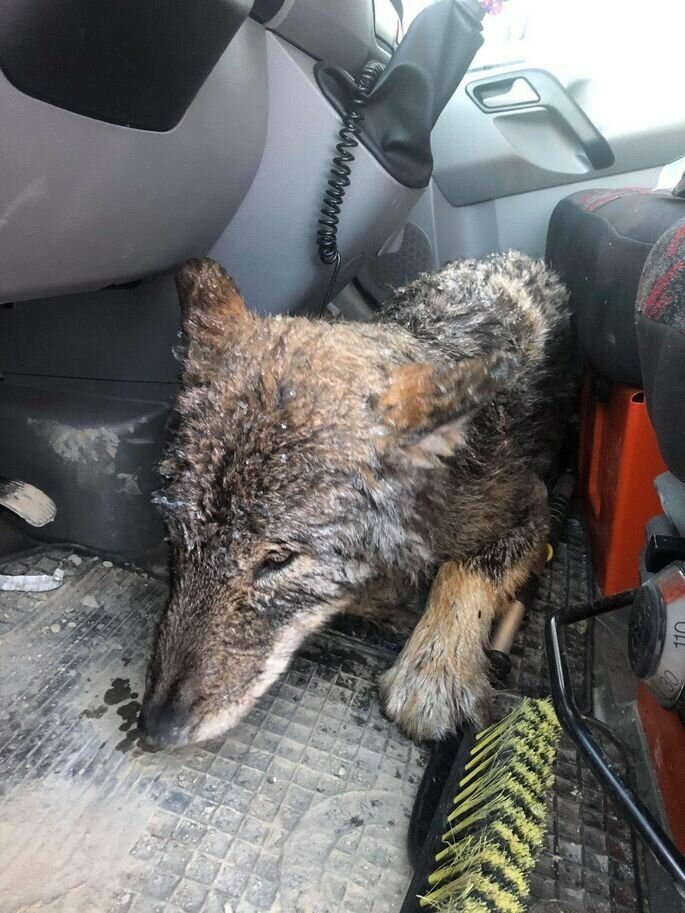 The men decided to take the unfortunate animal to the vet to make sure that the February bathing in icy water did not harm the dog. The heavy dog had to be carried to the car, he was so exhausted. He was laid on the floor of the ca. He behaved very quietly throughout the trip to the city of Pärnu, which was ten kilometers from the dam. The dog settled on the legs of one of the men and slept all the way. 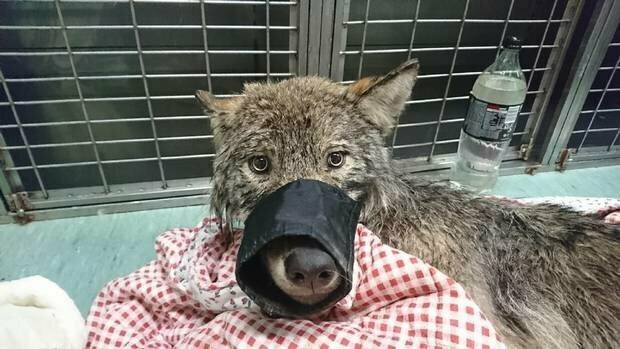 When the dog-bather was brought to the veterinarians, they immediately noted his serious condition. The animal spent all its strength fighting for survival. They began to warm him up and put restorative injections. And when the doctors examined the wet dog more closely, they suspected that it was not a dog in front of them, but a dangerous predator. 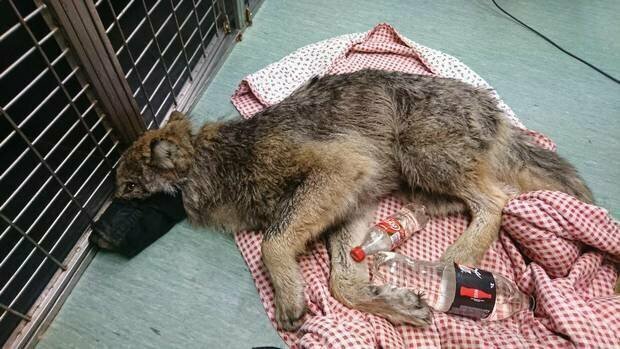 To confirm their thoughts, the veterinarians invited a hunter. He declared with all confidence that it was a wolf. A young and barely alive wolf.

“At first he was so weak that he didn’t resist at all. We just kept him in the room. But as soon as the wolf began to recover and understand the situation, things could take a dangerous turn. We put him in a cage,” said veterinarian Tarvo Markson. 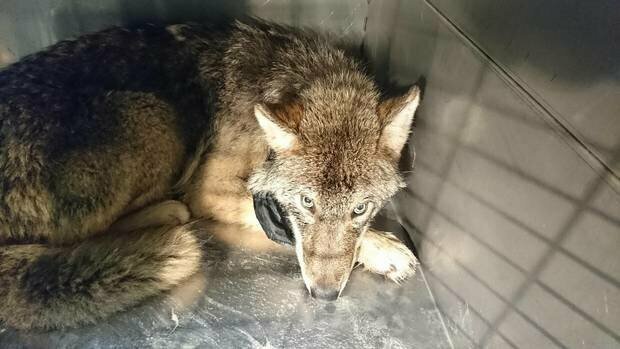 Doctors were able to establish that the wolf is a little more than a year old. According to them, if the workers had not helped him, the young beast could have died. The men who thought they were saving the dog were lucky. The wolf spent all his strength on survival and, fortunately, did not pose any danger.

Doctors helped the wolf recover and a few days after the incident they released him to his relatives.