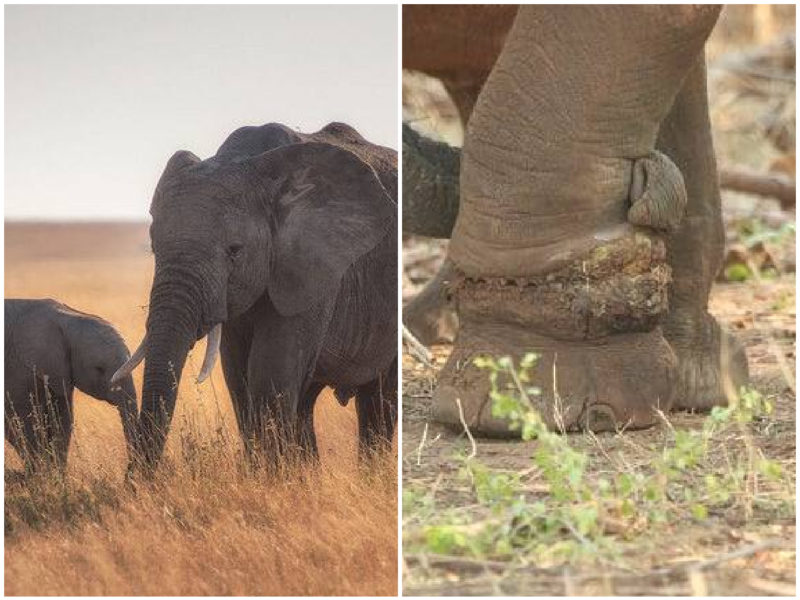 An elephant named Marta has attracted the attention of rangers in Zimbabwe National Park. A young mother seriously injured her leg after being trapped by poachers. And she would certainly have died if she had not received medical care. And with her was a little elephant who was completely dependent on her. 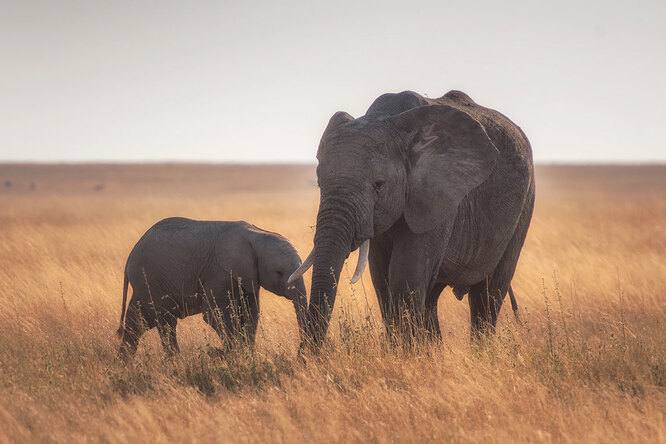 A team of veterinarians went to the site.

First, the elephant was immobilized with the help of sleeping pills. Upon examination, it turned out that his left front leg was damaged by a rope, deeply embedded in the skin and caused severe suffering to the animal. 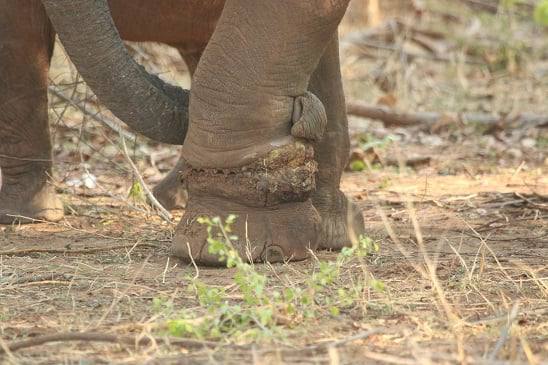 Veterinarians cleaned and disinfected the wound. The elephant was given an injection of antibiotics. All procedures lasted only a few minutes, but almost guaranteed to save the animal’s life.

All this time the baby elephant was nearby.

He refused to leave his mother, was very nervous and even tried to attack people. Fortunately, the elephant endured the anesthesia well and quickly woke up and calmed the baby elephant.

Veterinarians watched the operated elephant for several days. She is recovering and feels much better. The young mother is active and spends all the time with the baby.