John and Cindy Billsberger’s beloved dog, Bruno, had run away from home. Desperately searching for him for a month, John and Cindy began to think the worst.

One day John, half a mile from the house, noticed a street dog showing a very strange interest in one place. As he approached the spot, he came upon a ten-pound (~3 m) hole that was probably an abandoned well.

Bruno was lying at the bottom of the well. He was in very bad shape, his eyes sunken and his body covered with wounds and cuts. John realized that he had to act quickly. 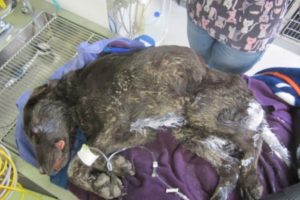 The man called his son. The young man arrived, tied a rope around his waist, jumped into the well and helped the dog out.

Billisberg residents took the injured dog to a nearby clinic in Estevan, Canada, where doctors immediately began treating the dog. 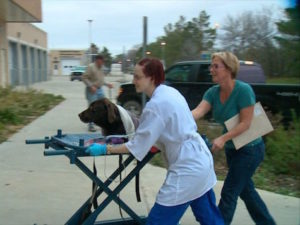 As a result, Bruno was diagnosed with dehydration. According to the vets, he was very lucky that there was some water in the well, which helped him stay alive. 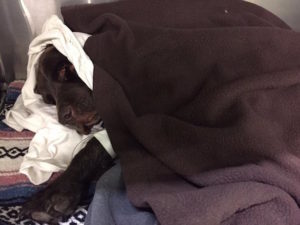 As of today, Bruno is still in the veterinary clinic, but his health is on the mend.