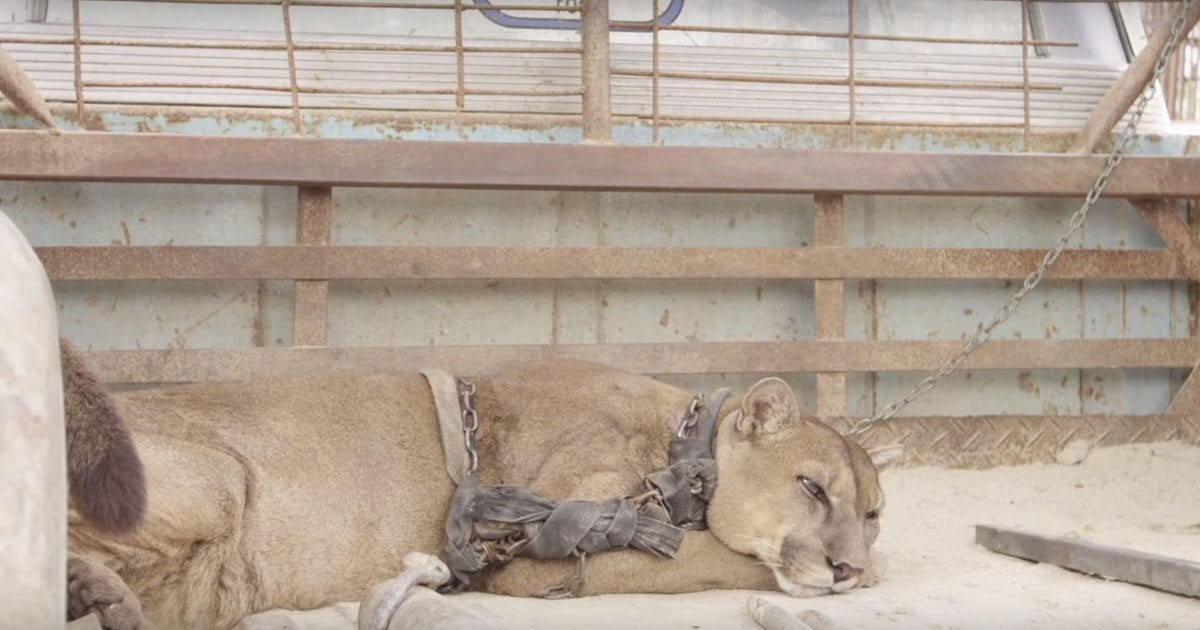 After 20 years of being forced to perform for a Peruvian circus, Mufasa the mountain lion was set free from his chains.

This was the case of poor Mufasa, who traveled chained to a truck.

Mufasa was forced to spent 20 years chained up. Fortunately, Animal Defenders International mission was to save all captive animals from the Peruvian circuses. And thankfully, so they did. Thanks to their firm determination, Mufasa was the last wild animal to be rescued.

In a dramatic stand-off – so intense that riot police were called – the final circus was ultimately cornered and Mufasa was able to be cut free from his chains. However, because he was chained his entirely life, Mufasa was in no shape to be returned to the wild. So he was moved in a sanctuary into the Peruvian forest, where an enclosure was built for him.

Unfortunately, Mufasa passed away in December following a few months of freedom. Mufasa’s life in the circus, including being chained to the bed of a pick-up truck, had done severe damage to his health, along with him dealing with kidney failure and other age-related issues.