A nine-year-old boy is determined to provide the dogs working for the police department with the protection they need and deserve.

Brady Snakowski has high hopes of one day becoming a police officer himself. 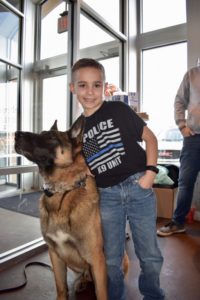 He’s ten years old now. He lives in Ohio. The boy was watching TV with his family when he noticed that the K9 dog was not wearing the waistcoat that is supposed to protect him from a bullet.

After learning that police dogs weren’t guaranteed access to bulletproof vests, Snakovsky decided that he wanted to donate a bulletproof vest to a K-9 without one, but he soon found out that a single ballistic vest cost at least 1200$. 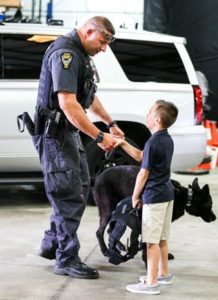 Snakovsky beat his original target of buying one waistcoat. He ended up buying four.
After that, he realised he had to keep going, and received tremendous support.

The young man has now raised more than $90,000 for dog ballistic waistcoats. He has been able to donate more waistcoats than he ever dreamed of. 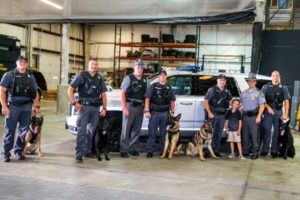 Thanks to Snakovsky, 134 police dogs have received vests and can perform their important work under much safer circumstances. A further 57 dogs are currently on the waiting list.

He has vested dogs in 19 states and, in recognition of his important efforts, he was recently named ASPCA Kid of the Year. 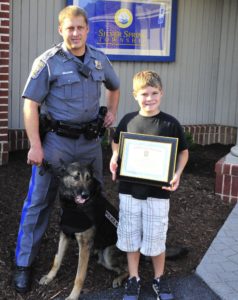