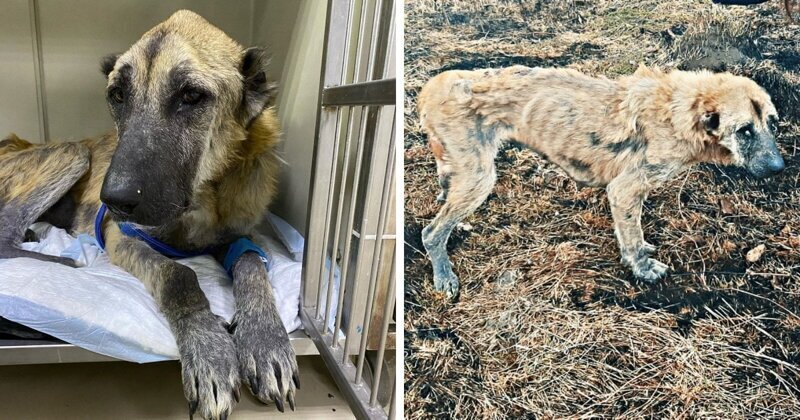 Thanks to volunteers, many dogs manage to be rescued from the streets and give them a chance at a normal life.

So, in Nalchik, people found a dog in which it was difficult to recognize Alabai — she was so exhausted. The animal was named Almira. And for the sake of saving her, she even had to be transported to Moscow. Such measures were not in vain. Now Almira has rounded up and is already looking for a new owner.

Females of this breed weigh from 40 to 65 kilograms, and in Almira there were only 30.
Past owners used Almira for breeding, tormenting the animal with constant childbirth. 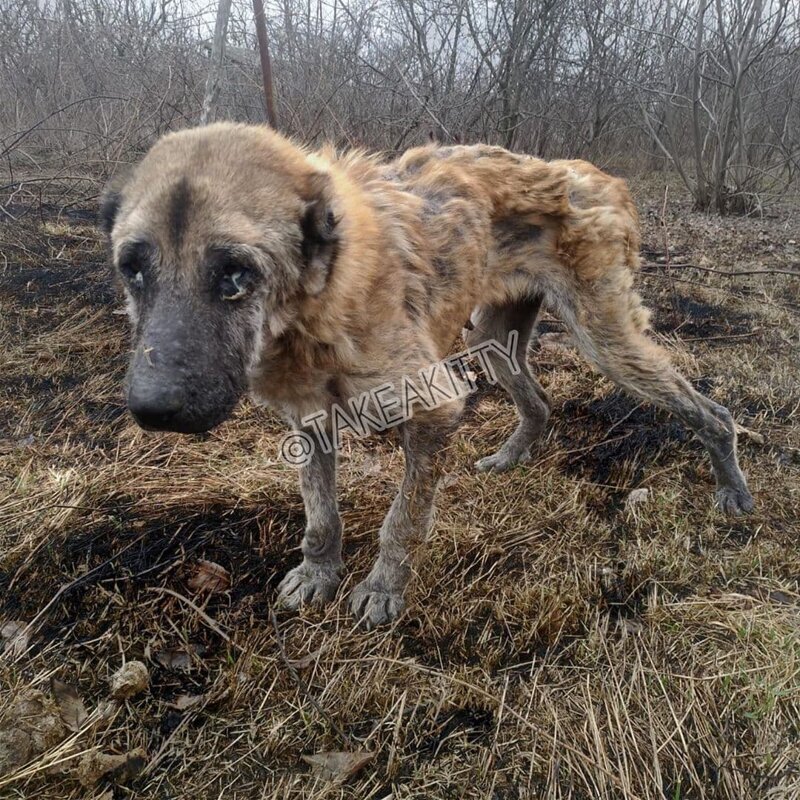 And when the breeders realized that the animal would no longer bring them profit, they simply threw it out on the street.
That’s where people found Almira. Volunteers took Almira from the street to save her. 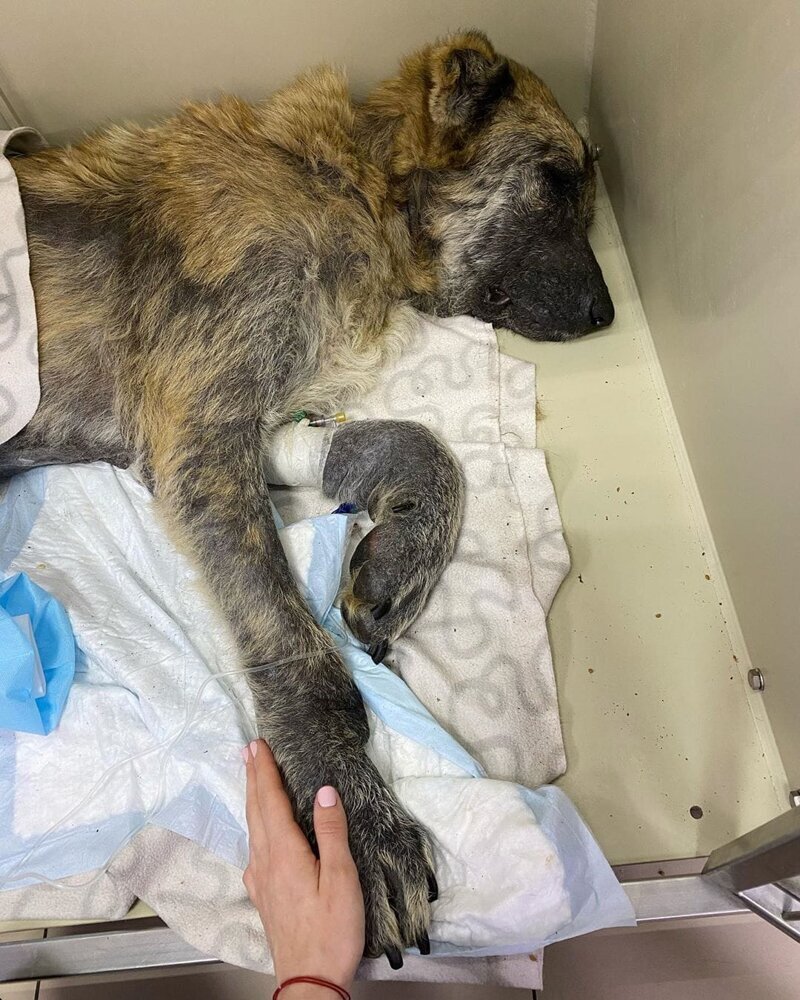 Due to the fact that it was not possible to treat a dog in such a serious condition in Nalchik, Almira was sent to Moscow. She suffered from pyroplasmosis, demodecosis, weighed 30 kilograms. And for blood transfusion for Almira, veterinarians had to ask for emergency help from local owners and their dogs.
But thanks to the efforts of doctors and volunteers Almira went on the mend. 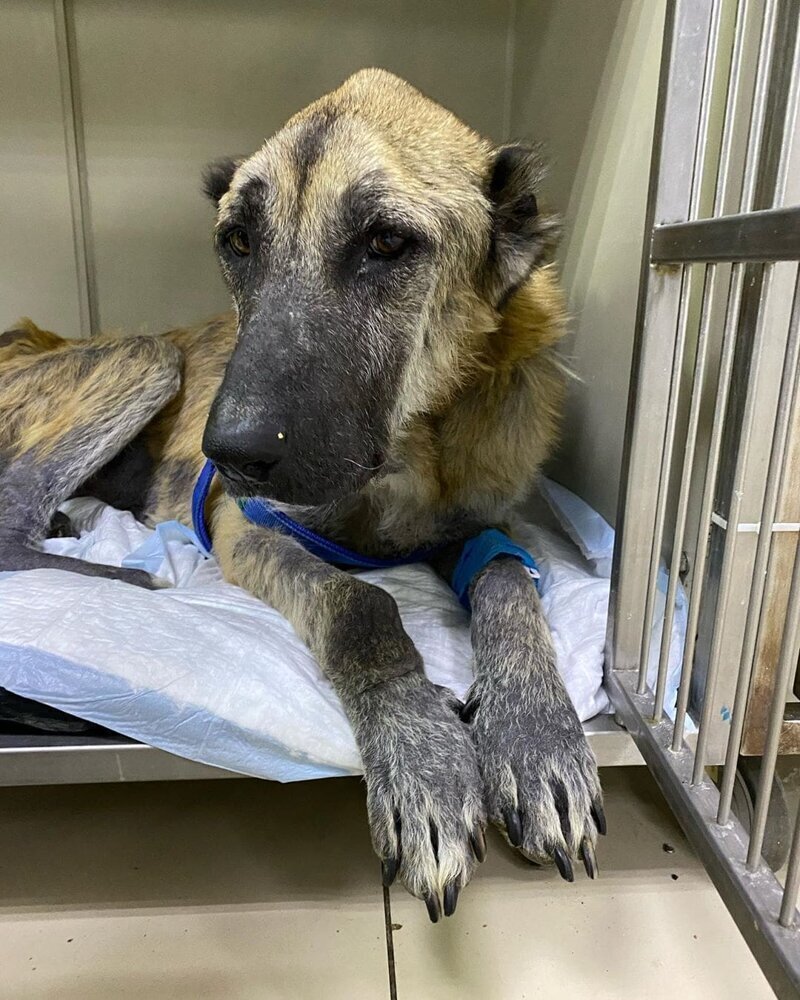 A week later, Almira began to be let out for walks, dressing her up in overalls so that she would not freeze. 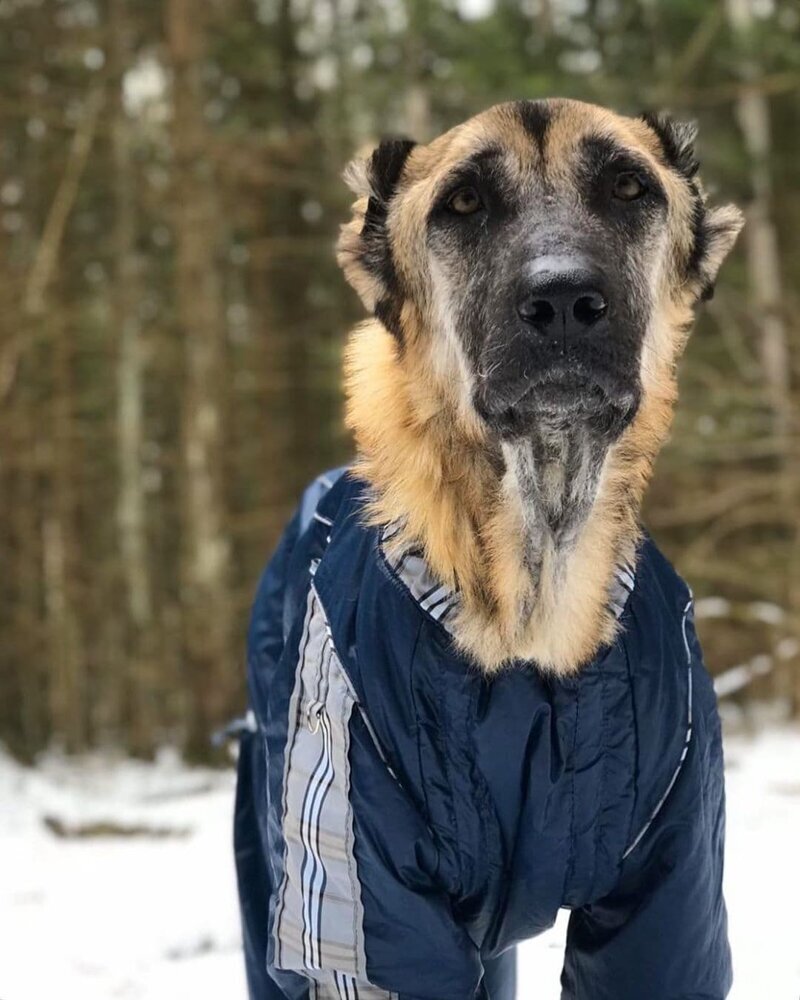 Care and food did their job – Almira began to feel better. 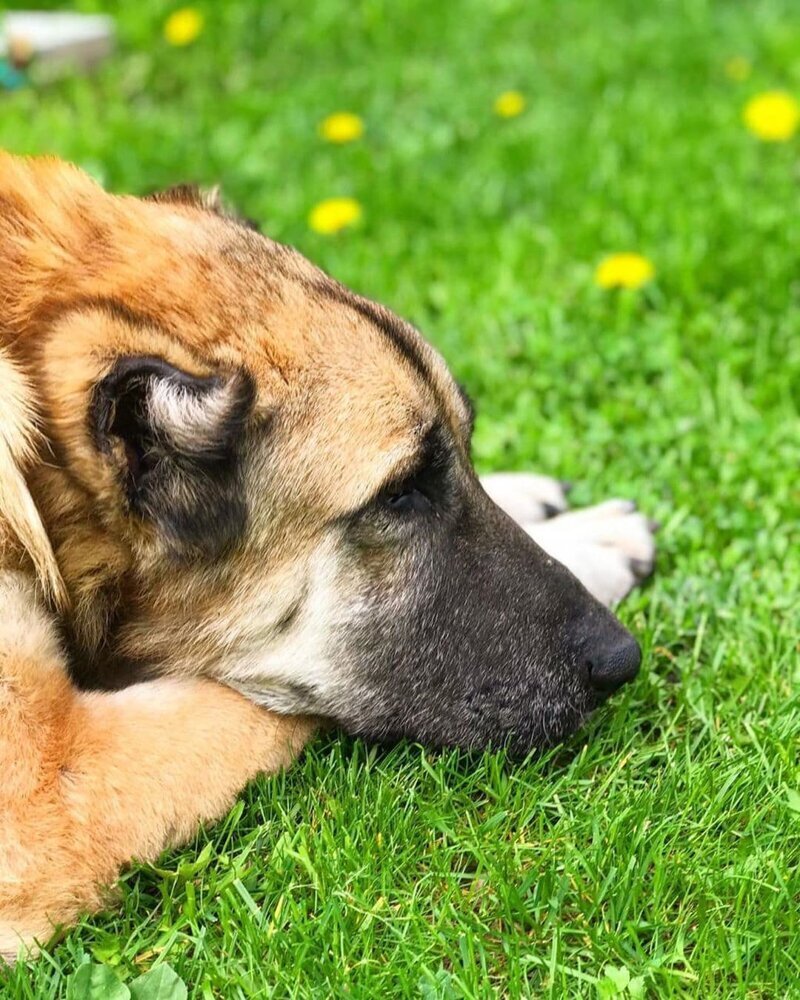